Iran: Activities by Resistance Units and MEK Supporters on the Anniversary of November 2019 Uprising 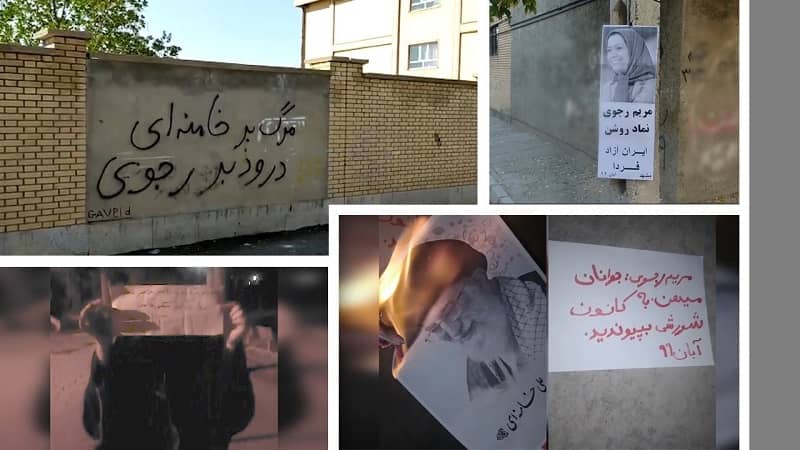 On the brink of the anniversary of the November 2019 uprisings, over the past week, supporters of the main opposition Mujahedin-e Khalq (MEK) and Resistance Units have been putting up posters and banners and writing graffiti echoing the Iranian people’s demand for the overthrow of the inhumane clerical regime and expressing support for Maryam Rajavi, the President-elect of the National Council of Resistance of Iran (NCRI).

The slogans and advocacy of these Resistance Units sends a message about the persistence of the uprising after a year, seeking to bring about democratic change in Iran, and preparing for another uprising. These activities include:

Some of the slogans that were posted as banners or written on walls in public places included: “Massoud Rajavi: November 15 is a national, enduring and eternal day,” “Let us keep the memory of our friends martyred in Nov. 2019 alive,” “Mullahs! Have shame and let go of our country,” “Maryam Rajavi is the voice of justice and freedom,” “Democracy, freedom, with Maryam Rajavi,” “Mullahs! Be afraid, rebellion and uprising is near,” “Massoud Rajavi: The IRGC is a force of darkness and crime and it must be shattered and disbanded.”

Secretariat of the National Council of Resistance of Iran (NCRI)
November 2, 2020

Iran: Activities by Resistance Units and MEK Supporters on the anniversary of November 2019 Uprising