Mrs. Rajavi welcomes closure of Norwegian embassy in Tehran and the mullah regime’s embassy in London and calls on European states to sever ties with the Iranian regime 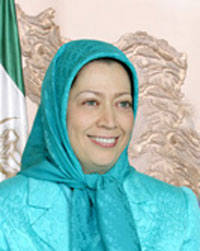 NCRI – Mrs. Maryam Rajavi, President-elect of the Iranian Resistance, welcomed the decision of the Norwegian government to close its embassy in Tehran and the decision of the UK government to close the embassy of the mullahs’ regime in London and to withdraw UK diplomats from Tehran. She described these measures as a critical step and a minimum response to the brutal assault yesterday by the Revolutionary Guards on the UK embassy in Tehran. She expressed hope that all European states would sever all diplomatic ties with the mullahs’ regime.

The attack on Tuesday November 29 on the UK embassy in Tehran by the Revolutionary Guards was carried out on the personal orders of Ali Khamenei. The mullahs’ Supreme Leader intends to prevent the imposition of a firm policy including international sanctions against his regime’s nuclear weapons projects through blackmail and threats. Assassinations, hostage-taking and attacks on diplomatic centers are known tools of the mullahs’ regime for effecting international policies and pursuing their illegitimate agenda on the international arena.

Mrs. Rajavi said the attempt to acquire a nuclear bomb is part of the mullahs’ strategy to save their teetering regime. The other two elements of this strategy are the murder of their organized opposition especially in Camp Ashraf in Iraq and the export of fundamentalism and establishing hegemony over the region. Comprehensive sanctions on the regime, including an oil embargo and diplomatic sanctions, though necessary, are not enough to stop the regime from acquiring an atomic bomb; the ultimate solution is regime change by the Iranian people and Resistance.

Secretariat of the National Council of Resistance of
November 30, 2011

Previous article
Maryam Rajavi condemns assassination plot against Iraqi Parliament Speaker
Next article
Mrs. Rajavi in letter to leaders of EU : Prevention of compulsory displacement of Ashraf residents and annulment of suppressive deadline for closure of Ashraf by the end of December