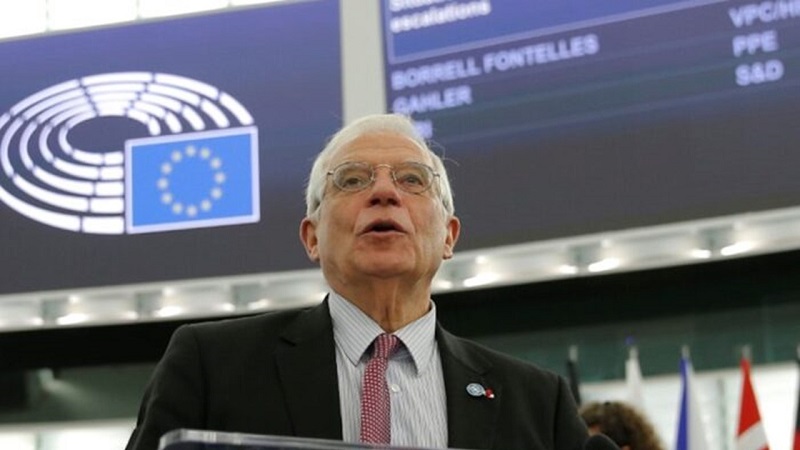 High Representative of the Union for Foreign Affairs and Security Policy, Josep Borrell

Written by Secretariat of the National Council of Resistance of Iran (NCRI) on 02 February 2020.

EU HIGH REPRESENTATIVE SHOULD CONDEMN FOUR DECADES OF CRIMES BY REGIME AND QUESTION ITS NOVEMBER KILLINGS, MASSACRE OF POLITICAL PRISONERS

The Iranian regime will construe Mr. Borrell’s trip as a green light to continue and intensify its crimes against the Iranian people and to engage in wholesale killing of protesters and political prisoners.

The criminal rulers in Iran will also exploit the trip to justify their policy of exporting terrorism and warmongering as well as its criminal regional interventions at a time when many Iraqis are being slaughtered in that country by the Iranian regime’s mercenary forces on a daily basis.

The policies and behavior of belligerent clerical dictatorship blatantly contradict the European Union’s values such as peace and human rights. Shaking hands with the rulers in Tehran, who must face justice for 40 years of crimes against humanity, war crimes, and genocidal killings, is illegitimate and cannot be justified even by economic interests. Investing in a regime, whose overthrow is sought by the overwhelming majority of the Iranian people, is doomed to fail and will only arouse the abhorrence of the people of Iran.

To prevent the Iranian regime’s further abuse of this trip, Mr. Borrell should, in advance of the visit, condemn crimes against humanity in Iran, particularly the killings in November, and question the regime’s leaders for their countless , including the following: