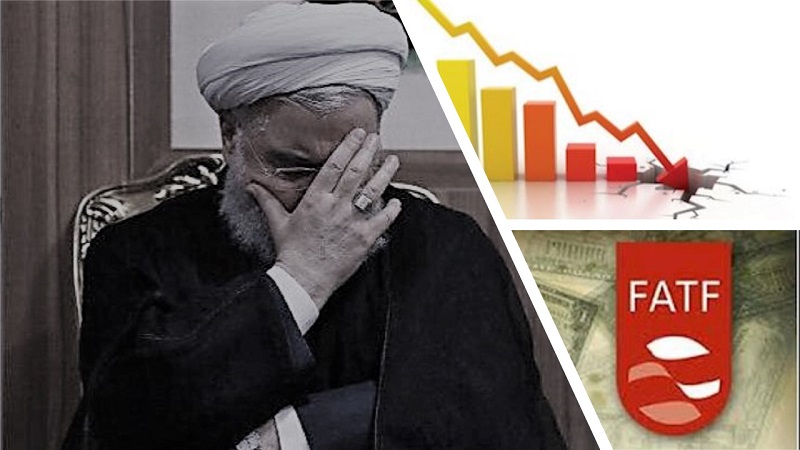 The Iranian regime has no way out of the deadlock of the Iranian people’s uprising and the economic crisis.

Written by Mahmoud Hakamian on 02 February 2020.

On January 20, Mohammad Javad Zarif, the Iranian regime’s foreign minister, threatened the international community, in the regime’s parliament, that the regime would withdraw from the nuclear Non-Proliferation Treaty (NPT) if the European powers trigger the dispute mechanism of the 2015 Iran nuclear deal with world powers, formally known as the Joint Comprehensive Plan of Action.

Some of the regime’s analysts pointed out that Zarif himself knows the dangers of this hollow threat, yet he has no other option. Other analysts also reminded the regime officials that the recent step by the EU powers would ultimately pave the way for more sanctions; and given the explosive situation of the Iranian society and people’s economic hardships, this would certainly result in a new series of Iran protests.

These words clearly reject the regime’s bogus claim of developing a so-called “Resistance Economy,” which has not earned a penny for the regime.

Shahabaddin Bimeghdar, a member of the regime’s parliament, admitted that the regime has no other way to cut the deficit but to get new taxes from people.

Javid Qurban Oglu, a former regime diplomat, in an article in the state-run Jahan-e Sanat daily on January 21 titled “Leaving NPT for the Public Opinion – means becoming North Korea,” while referring to the regime’s global isolation and the tightening of sanctions, wrote: “Any move which brings Europe closer to the U.S. is against our interests, and this threat [of leaving NPT] will certainly do so. We had Europe by our side at the beginning of the JCPOA. There was a big gap between Europe and the U.S. We should enlarge this gap and initiate negotiations with the Europeans, instead we have pushed Europe further toward America.”

The state-run Shahrvand daily, close to Rouhani’s faction, wrote on January 21: “The US banking and financial sanctions against us has reached its height. It is possible that following Europe’s triggering of the dispute mechanism and our rejection of the Palermo and CFT bills, the result will be more sanctions. But … in the current situation, domestic factors, rather than sanctions, can have an impact on the rising inflation, and more importantly the rapid increase of liquidity due to the government’s deficit, and the fact that the government’s expenses and spending are not compatible with its earnings.”

In this regard, the state-run Iran daily, which belongs to the government, in an article on January 21, titled “Listen to Economists,” in contradiction to Zarif’s recent threats, emphasized the regime’s need to comply with the international community. It wrote: “Economists have advised the government, and especially the central bank, to not stay away from the world banks and their advances, to hear the advice of the private sector, do not deny the science of economy, and most importantly, the central bank should become independent.”

In an article titled “Why Zarif Won’t Go to Davos,” published on January 21, the state-run Jahan-e Sanat wrote: “We could have had this opportunity to find a way out of our economic problems if our foreign minister had attended the World Economic Forum. We could have had this opportunity to resolve diplomatic problems with Washington and its allies.” The state-run newspaper further warned of the escalation of the regime’s global isolation and economic suffocation and wrote: “In fact, our absence in Davos makes the formation of a front, consisted of Arab and hostile countries, against us; as it happened in Munich.”

As the regime reaches its end, and after receiving irreparable blows such as the Iran protests in November and January and the elimination of the Revolutionary Guards (IRGC) Quds Force commander Qassem Soleimani, it is unable to either open up a dialogue with the western governments or to take hostile actions.