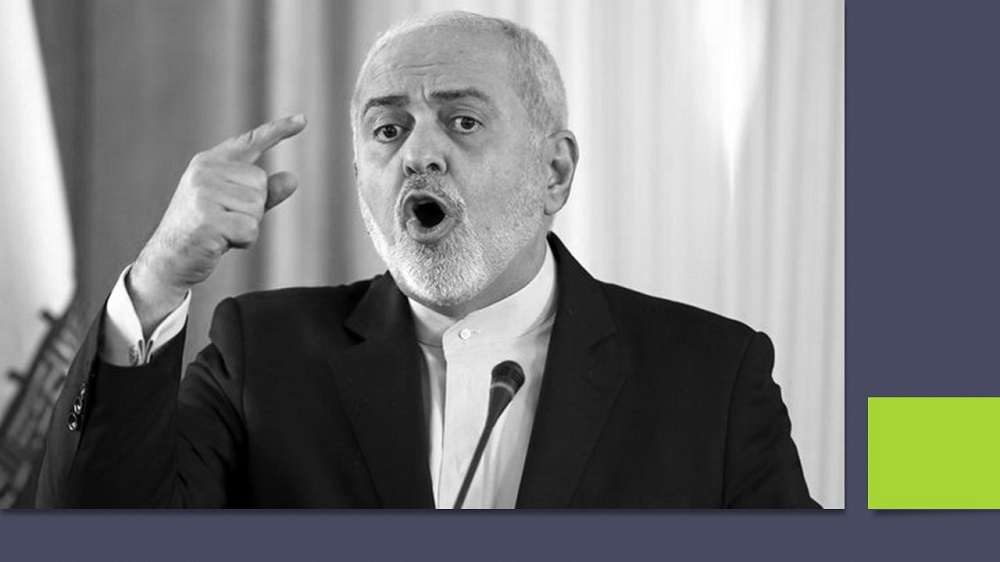 Javad Zarif is culprit in all the Iranian regime’s, including the massacre of 1500 protesters

Written by Secretariat of the National Council of Resistance of Iran (NCRI) on 12 February 2020.

Inviting the mullahs’ chief diplomat-terrorist only emboldens his regime to continue and intensify egregious and systematic human rights violations inside Iran, and the export of terrorism and warmongering to the region. It will also undermine regional and global security and stability and must be canceled.

Zarif represents a regime that massacred at least 1,500 protesters during the November 2019 uprising in Iran, is the most active state sponsor of terrorism around the world, and the primary source of crisis, warmongering, and instability in the Middle East region.

Zarif brags about his relationship with such criminals as the eliminated Qassem Soleimani, Syria’s murderous dictator Bashar Al-Assad, Hassan Nasrallah, and Imad Mughniyah.

The main mission of Zarif and his ministry is to whitewash the mullahs’ crimes and to coordinate and facilitate terrorist plots abroad. In the past two years alone, seven regime diplomat-terrorists, including an ambassador, have been expelled from Europe for their direct role in terrorist conspiracies against the Iranian Resistance and dissidents. Another so-called diplomat is in prison and awaiting trial in Brussels for plotting to bomb the Free Iran grand gathering in Paris in June 2018.

Along with the regime’s Supreme Leader Ali Khamenei, its President Hassan Rouhani, and other officials, Zarif must face justice for his role in crime against humanity, as did Hitler’s Foreign Minister, Joachim von Ribbentrop.