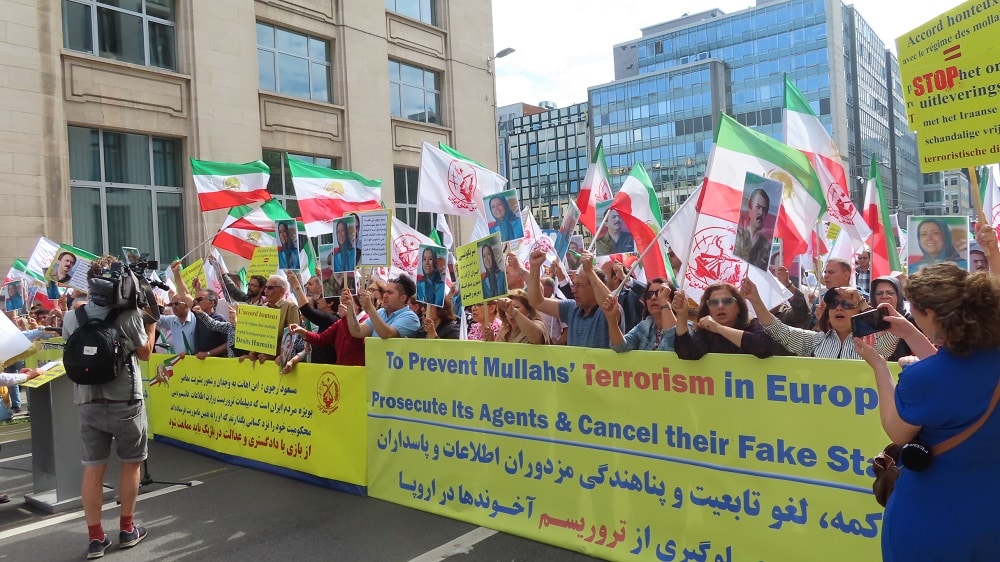 The Iranian Resistance strongly condemns the endorsement of the shameful deal with the clerical regime and considers it the highest incentive for the religious fascism ruling Iran to step up terrorism and to use hostage-taking as much as possible for the release of its arrested terrorists and agents. Many prominent jurists declared this to be a clear violation of UN Security Council Resolution 1373.

The treaty was endorsed despite facing not only the widespread and unified opposition of Iranian refugees, Belgium opposition political parties, and human rights lawyers and associations but also some parties and parliamentarians who are members of the government coalition, who attempted to remove it from the parliament’s agenda, also called it a stigma that would prompt the clerical regime to commit further terrorism in Belgium and Europe. From the beginning, this treaty was signed in secret and was submitted to the parliament in the final weeks of the parliament’s work with urgency. It was sandwiched among several other treaties, leaving even those within the ruling coalition who opposed it with a fait accompli and prompting them to vote for it invoking the well-known leverage of “national security” imperatives.

The Iranian Resistance’s global campaign, aided and supported by international jurists, opposition parties and Belgian Parliament deputies, political figures, and legislators in Europe and the United States, will continue by examining all political and legal avenues and options to prevent the release and repatriation to Iran of Assadollah Assadi, the regime’s terrorist diplomat, and his accomplices.

Mrs. Maryam Rajavi, the President-elect of the National Council of Resistance of Iran (NCRI), reminded that according to the file documents, this terrorist-diplomat threatened that armed groups in Iran, Iraq, Syria, Lebanon, and Yemen would carry out terrorist acts against Belgium.

In a message to freedom-loving Iranians who protested outside the Belgium parliament on July 14 against this disgraceful treaty, Mrs. Rajavi said: The treaty’s actual substance and name amount to granting impunity to the religious fascism’ terrorism and to the mullahs, who were planning to carry out a mass killing in Paris, marking the biggest terrorist incident in Europe. However, with your round-the-clock efforts, you, and other conscientious people exposed the scandalous conspiracy internationally in a short period of time.

She pointed out: The advocates of appeasement and back-door deals seek to turn the hostage-taking of Belgian citizens in Iran into a tactic against victims of terrorism and seek to appease the executioner with the victims’ blood. Pinning hope on the release of a Belgian hostage in Iran is one step forward and 100 steps back because, in the future, no one will be safe. Every European and American citizen in Iran is also a potential hostage.