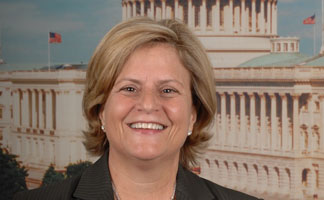 Press release by U.S. Rep. Ileana Ros-Lehtinen (R-FL), Chairman of the Subcommittee on the Middle East and North Africa, January 6, 2014

The Security Situation in Camps Ashraf and Liberty is Getting Worse Every Day; The Iraqi Government and the UN Must Keep Their Promises and Provide Adequate Security, Says Ros-Lehtinen

(WASHINGTON) – U.S. Rep. Ileana Ros-Lehtinen (R-FL), Chairman of the Subcommittee on the Middle East and North Africa, made the following statement following her conversation with Maryam Rajavi, a leader of the Iranian political opposition and a human rights advocate, about the need to ensure the safety and security of the residents of Camps Ashraf and Liberty in Iraq. Statement by Ros-Lehtinen:

“In my conversation with Maryam, we discussed the precarious security situation that the Camp Liberty residents are in and the current situation in Camp Ashraf and Camp Liberty, which is clearly deteriorating rather than improving as residents fear for their lives and if no action is taken, they will undoubtedly suffer future attacks. This was unfortunately demonstrated yet again last month when these residents suffered their fourth deadly and unprovoked attack of the year. Maryam and I also discussed the plight of the seven hostages who were abducted from Camp Ashraf during last September’s deadly raid that left over 50 people dead.

“This unacceptable state of affairs calls into question the commitment of the parties that signed a memorandum of understanding providing for these residents’ safety. These parties – the Government of Iraq and the UN – made promises of security, but these promises have yet to be fulfilled, as is evidenced by the hundreds of protective T-walls that have yet to be installed despite assurances that they would go up and the inability of the parties to bring those accountable to justice.

“I thank Maryam for her commitment to ensure the safety of these residents and for her concern over the well-being of the Ashraf Seven, and I again urge the State Department and the Administration to push the Iraqi government and the UN to take immediate steps to protect these residents from future attacks and to safely bring home these hostages.”