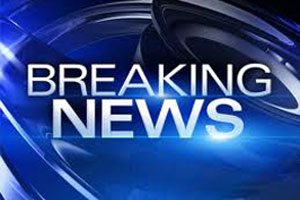 During the past few days a substantial number of the Iranian regime’s terrorist Quds Force officers have entered Baghdad Airport in possession of heat seeking missiles.

Qasem Soleimani, the commander of the Quds Force, has called on Nouri al-Maliki to use the current condition in Iraq to attack and massacre the residents of Camp Liberty and some Sunni neighborhoods in Baghdad.

He has asked Maliki to carry out the attacks using Iraqi forces, including members of his Golden Battalion (also known as the Dirty Division) of the Asa’ib Ahl al-Haq group, and of the SWAT forces who were involved in the September 1 massacre of Camp Ashraf residents.

The forces would all be wearing the uniforms of the DAESH group (the Islamic State of Iraq and the Levant) – a force created in Iraq by Maliki and the Iranian regime, and which besides deceiving Americans would also help the Iraqi government to escape responsibility for the attacks and blame them on renegade Iraqi paramilitary elements, exactly as was claimed for the September massacre in Camp Ashraf.

The Iranian Resistance reminds the the US and UN of their responsibilities regarding the protection of the residents of Camp Liberty living in such an extraordinarily dangerous situation, particularly following the massacre of Camp Ashraf residents on September 1 and the missile attack on Camp Liberty on December 26, in which the Iraqi Government continues to feign innocence, and while it has still not provided any of the minimum security requirements needed for protection of the residents.

The minimum security requirements that have been discussed hundreds of times during the past year with the US, the UN and the Iraqi government include: The return of 17,500 T-walls, providing a sufficient number of 2*2m concrete bunkers, the transfer of protective helmets, vests and medical equipment from Camp Ashraf to Camp Liberty, to build dual layer roofs for trailers at Liberty, expanding the camp’s area to reduce the number of casualties, and the stationing of UN monitors with a Blue Helmet team 24 hours a day inside the camp.

Secretariat of the National Council of Resistance of Iran
January 7, 2014