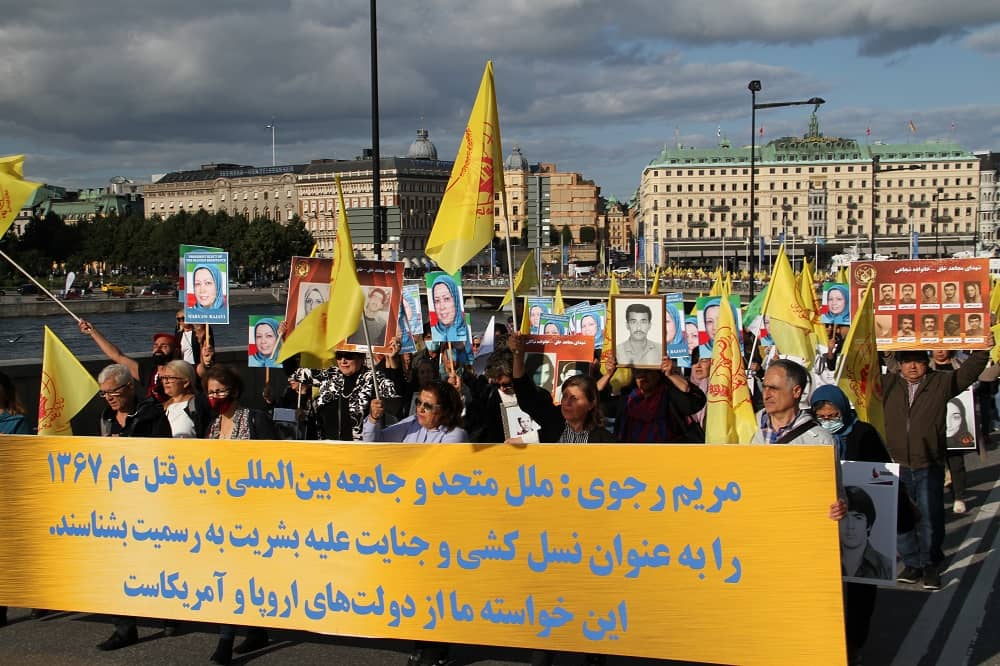 Following protests by MEK supporters and freedom-loving Iranians in Sweden against today’s show organized by the mullahs regime’s Ministry of Intelligence (MOIS) outside the court where Hamid Noury was tried, the regime’s mercenaries were forced to pack up and leave.

In their protests, the freedom-loving Iranians chanted, “MOIS mercenary, get lost!”, “Murderer of Abadan, your trial is coming”, “Mullahs’ embassy, this spy den must be shut down”, “(regime’s) embassy mercenaries must be deported”. As a show of protest, some Iranians spray-painted the mercenaries’ car. Several placards of the MOIS mercenaries were torn during the protest.

The MOIS hired two non-Iranian mercenaries to place their placards and posters, in addition to a person named Shayan, a well-known mercenary who was present at the scene yesterday. It is noteworthy that the two hired mercenaries left the scene after an hour, and Shayan was the only person on the scene for the regime. This is an indication of the level of revulsion felt for the regime.

During the protest, 12 protesters were arrested, nine of whom had been released by the time this statement was issued.