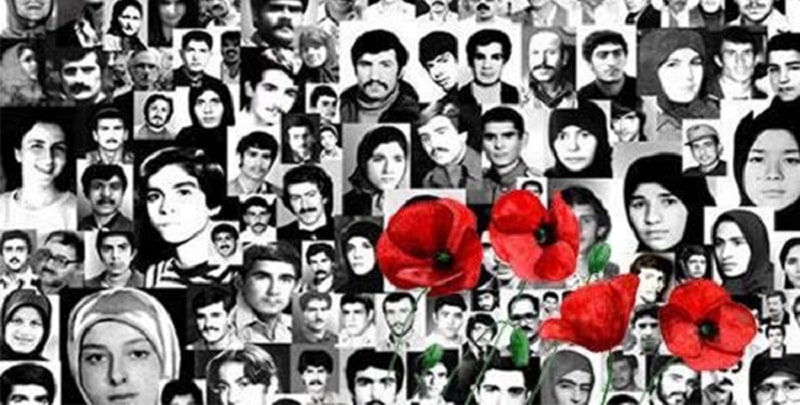 In an interview on Monday with Reuters, Javaid Rehman, the United Nations special rapporteur on the situation of human rights in Iran, urged the Human Rights Council and other relevant bodies to launch a formal investigation of an overlooked crime against humanity that Iranian authorities carried out more than 30 years ago. His latest remarks on the subject come several months after Rehman and several other UN human rights experts sent a letter to the Iranian regime demanding an end to its cover-up of the incident and emphasizing that if Tehran failed to hold its own officials accountable, the responsibility would fall to the international community.

Rehman made reference to that letter in his recent interview, noting that it was motivated in large part by “concerns that there is again a policy… to destroy evidence of mass graves.” The graves in question may hold the remains of more than 30,000 individuals, all of whom were killed over the course of just a few months in 1988. That summer, panels of judiciary and intelligence officials, known as “death commissions” interrogated political prisoners throughout Iran and ordered the summary execution of all those who failed to demonstrate fealty to the theocratic system. Many were sent to the gallows after “trials” lasting just a few minutes, during which they refused to disavow their support to the leading pro-democracy opposition group, the People’s Mojahedin Organization of Iran  (PMOI/MEK).

Reuters report states that in a statement, the Justice for Victims of the 1988 Massacre in Iran welcomed Rehman’s call, saying that a U.N. investigation into the extrajudicial executions was “long overdue. “

It is highly significant that the MEK was the prime target of the 1988 massacre, especially given that the architects of that massacre definitively failed in their goal of stamping out organized opposition against the clerical regime. While it was ongoing, the massacre was a clear sign of the extent to which Iranian authorities felt threatened by that opposition. Since then, it has served as a perennial reminder of the depths those authorities are willing to sink to when trying to suppress dissent.

The massacre was prompted by a fatwa from the regime’s founder, Ruhollah Khomeini, which declared that the MEK and affiliated groups were guilty of “enmity against God” and should consequently be killed.

The threat of similar reprisals has only intensified in recent years, as Tehran has struggled to restore order in the wake of multiple, widespread uprisings that demonstrated the MEK’s breadth of social influence.

In his interview on Monday, Javaid Rehman highlighted the role that Ebrahim Raisi is believed to have played in the 1988 massacre and also in the 2019 crackdown, which took place after he had been appointed as head of the judiciary by the regime’s Supreme Leader Ali Khamenei. That appointment seemed to clear the way for Raisi to run effectively unopposed in Iran’s June presidential campaign. His victory was confirmed on June 18, and critics promptly began warning of the potential for Iran’s human rights record to grow even worse in the Raisi era.

Rehman correctly indicated that Raisi’s status as president-elect greatly increases the urgency of an international investigation into his role in crimes against humanity, both historical and recent. The NCRI went further by emphasizing the need for multilateral sanctions, diplomatic isolation, and other assertive measures as a means of deterring Iranian authorities from stepping up its crackdowns on dissent.

That message will no doubt be reiterated before an international audience between July 10 and 12, when the annual live-streamed gathering of Iranian expatriates, the “Free Iran World Summit.” takes place. The event is expected to connect tens of thousands of expatriate activists through a number of simultaneous gatherings and will also feature speeches from hundreds of European and American dignitaries and lawmakers.

The event will certainly feature testimony from survivors of the 1988 massacre and from the families of its victims, as well as presenting clear evidence of Raisi’s high-level involvement in the farcical trials and resulting death sentences in the nation’s capital.

Proper investigations will certainly help to confront the Iranian regime’s culture of impunity regarding this and other crimes against humanity. But to prevent the escalation of human rights abuses, Western powers and the United Nations will have to make concerted efforts to stay ahead of the regime’s growing desperation in the face of organized and widespread unrest.

If Raisi still faces no accountability for the 1988 massacre when he takes office in August, it is easy to imagine that the regime will be encouraged to further crackdowns on the opposition and the people at home and more malign activities abroad.