Iran’s Economic Crises and Its Effects on Society 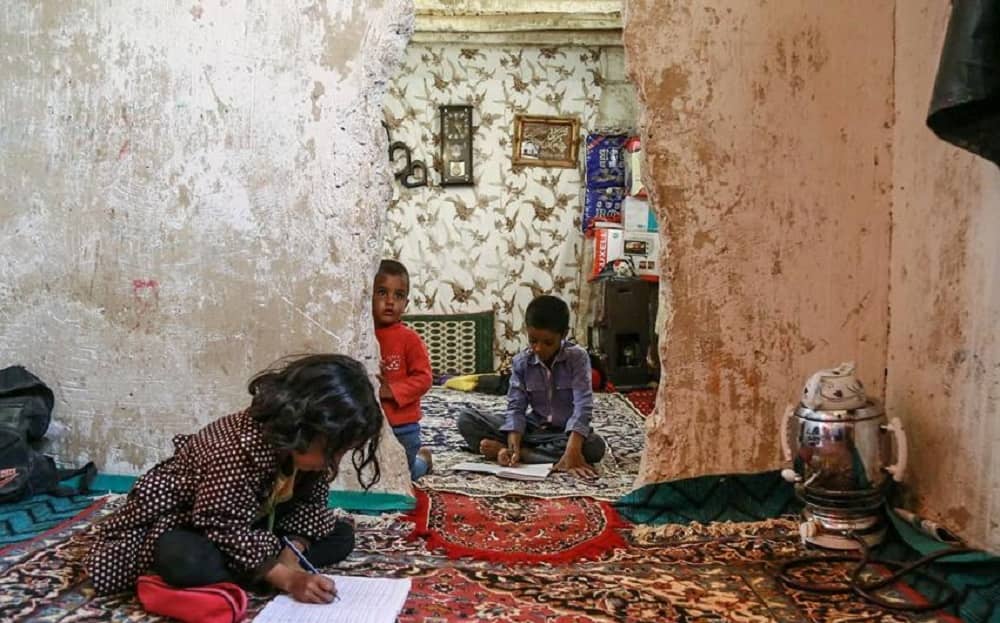 “The economic situation of the country is unhealthier and more chaotic than it can be imagined. It has dangerous and harmful social, political, and moral effects and consequences and should not be ignored. This chronic disease is spreading before the eyes of the authorities,” wrote the state-run Eghtesad-e Pouya daily on Wednesday, June 30, 2021.

Eghtesad-e Pouya then acknowledges that “inflation and the skyrocketing prices” are affecting people’s lives.

While the majority of Iranians live under the poverty line, the Iranian workers are suffering the most. Recently, Hassan Rouhani’s government raised the workers’ salaries, but according to the state-run Eghtesda-e Pouya, “Workers’ wages have been destroyed” due to the rising inflation rate. “Wage increases are based on last year’s inflation, and now 40 percent of workers are below the poverty line,” Eghtesad-e Pouya acknowledged.

“The poverty line is determined in the society, but the working society operates with a salary of 2 .6 million Tomans. Even if workers receive bonuses, their salary still does not exceed about 3.3 million tomans. In other words, workers’ salaries are about 7 million tomans below the poverty line,” Eghtesad-e Pouya wrote on Wednesday.

“Workers have no job security. more than 70% of the workers are minimum wage earners, and many of them do not receive salaries and benefits. With the income they have, they can only cover a part of their living expenses. At present, there are areas where the cost of rent is about 3 million tomans, in the worst places it is about 5.1 million tomans. In such circumstances, a worker spends about 50% of his income on housing,” Eghtesad-e Pouya acknowledged part of the workers’ plight.

But what has increased Iran’s inflation rate and the skyrocketing prices?

“Economists believe that if we see very high inflation in the country today, it is due to the high volume of banknote printing by the central bank in 2020,” the state-run Eskenas daily wrote in this regard on Wednesday.

“The report of the Statistics Center shows that inflation at the end of the tenth government was 35%, which according to the latest statistics reached 43% in June 2021. One of the important factors in creating and intensifying inflation in the Iranian economy is banknote printing and liquidity growth. According to statistics, the average liquidity growth in the 1960s was 17%, in the 1970s 32%, in the 1980s 18%, in the 1990s 27%, in the 2000s 28%, and from 2011 onwards It was 8.27%. The Central Bank report also shows that in 1990, Iran’s liquidity growth had reached 40%,” Eskenas further explained the cause of Iran’s high inflation.

In other words, the regime is behind the current economic crisis.

Iran’s sham presidential election ended on June 19. While the regime’s new president, the notorious Ebrahim Raisi, gave hollow promises of economic reform, state-run media acknowledge he would not be able to take any meaningful action.

“The worrying trend of rising inflation, along with the collapse of economic structures, has raised concerns that the new government may face a major challenge,” Eskenas daily wrote in this regard.

Iran’s economic crises, such as high inflation and skyrocketing prices, are due to the regime’s institutionalized corruption. Therefore they would not be able to resolve these crises.

“While officials and politicians feel good these days, people are suffering. People are being crushed under poverty and inflation,” wrote the state-run Aftab-e Yazd on June 30.

Iran’s economic intensifying crises, coupled with the regime’s oppression and corruption, have turned society into a powder keg. Therefore, state-run media warn officials of the “dangerous” consequences of the current situation.

“Officials should not ignore embezzlers and economic terrorists and should deal with them. You cannot ignore their cases and only give promises. The negative effects would be extremely harmful to the society and undermine the [regime’s] integrity,” Eghtesad-e Pouya warned about ongoing corruption in the regime.

“In the absence of proper occupations, Iran’s sick economy has made the people feel worse than before, and living conditions have become very difficult. Meanwhile, the value of the country’s currency has fallen sharply. Surely, the social ills of poverty caused by currency fluctuations and class divisions are so fragile that their impact on social structures and government institutions will be very damaging,” Eghtesad-e Pouya warned officials.