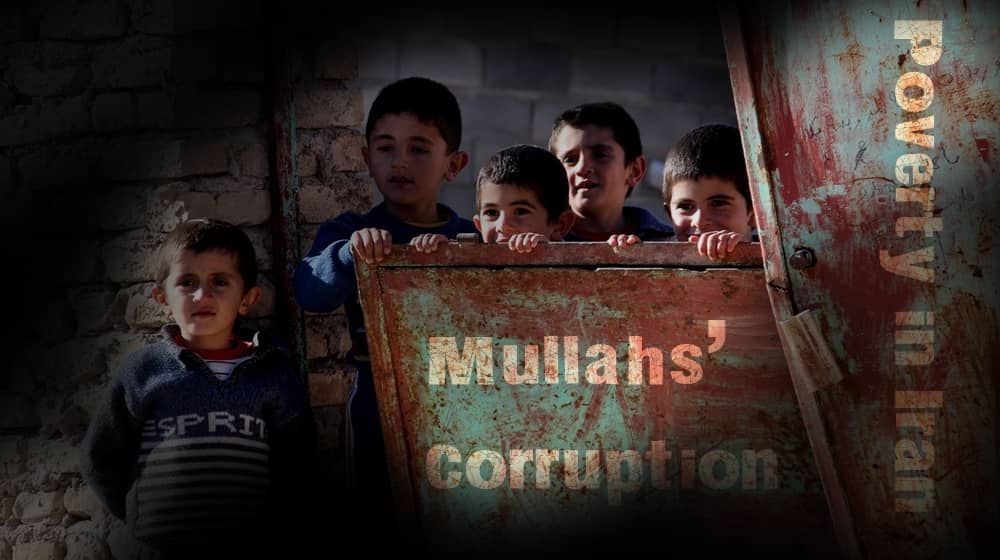 The Iranian regime’s sham presidential election ended on June 19. The notorious Ebrahim Raisi was appointed as the regime’s new president. Like other regime officials, he spoke of economic reform. But facts and figures presented by the state media debunk Raisi’s bogus claims.

“Published reports on the living conditions of the people show that more than 60 to 70% of the people can not afford to buy meat and poultry. According to the owners of many butcher shops, most people go to buy only bones and wastes,” wrote the state-run Eghtesad-e Pouya daily on June 27, 2021.

“The high unemployment rate, especially among youth, has led to deficient levels of payments in the labor law, and in fact, the standard of living of workers is equal to that of the poorest countries in Africa,” Eghtesad-e Pouya acknowledged.

According to Eghtesad-e Pouya, the low wages have caused “Heads of households who have lost their jobs or do not have a job, to accept jobs with even lower wages than the minimum wage adopted under the labor law.”

“Iran’s Chamber of Trade Unions says about 1.4 million trade unions have been directly affected by the Covid-19 crisis. In the agricultural sector, farmers’ incomes have fallen by an average of nearly eight percent, and agricultural exports have fallen by at least 10 percent,” Eghtesad-e Pouya adds.

As a result, according to Eghtesad-e Pouya’s article on Thursday, “In total, just over 50 percent of Iran’s GDP is in the service sector, and losses in this sector are typically negligible. Therefore, there would be no compensation in the coming months.”

In addition, Eghtesad-e Pouya acknowledged that according to the “Parliamentary Research Center, between 2.8 million and 6.4 million people in Iran had lost their jobs due to the complete halt or restriction of the activities of production and service units due to the Covid-19 crisis.”

Meanwhile, according to the state-run Jahan-e Sanat daily on Sunday, “From the second half of last year until the end of this spring, the inflation rate has been continuously increasing. Consequently, the purchasing power of the people has been decreasing. According to the Statistics Center, the latest inflation rate of June reached 43%. Thus, considering the average 34% increase in salaries, it can be said that despite this increase, the purchasing power of employees is much lower than the inflation rate.”

The state-run Etemad daily on Sunday acknowledged that “speaking of monthly inflation increase makes no sense. The rising inflation rate per week or even daily is more noticeable. Inflation, which is breaking its 27-year record, signals unfortunate events.”

Iranian people are suffering from economic crises while Iran is a rich country in terms of natural resources.

“This difficult and unfortunate situation is very painful for the people who live in a country that is rich in various types of oil and gas resources, various metal mines, and other God-given gifts,” Eghtesad-e Pouya wrote on Sunday in this regard.

Therefore, protests by people from all walks of life have increased in the last few months. The recent nationwide of Iran’s oil and petrochemical workers, in addition to daily protests by other segments of society, shows the explosiveness of Iran’s society.

These protests are being held after the nationwide and historic boycott of the regime’s sham election, showing that people do not believe the regime could resolve their issues and is indeed the real source of all crises.

Society’s restiveness has terrified the regime, and state-run media warn about the consequences of the economic crises.

“The living problems and the lack of minimal economic and social security cause people to participate in rallies to pursue their demands. We have always seen in the history of this land and other nations that the crisis of poverty and hunger does not tolerate [systems]. Therefore, the officials and decision-makers of the system are expected to give real solutions besides telling people to eat one meal a day; so that the people can survive under the pressure of poverty and hunger and have more resilience,” Eghtesad-e Pouya warned regime officials on Sunday.

“Inflation, while seemingly an economic issue, will have social, cultural, and even political consequences over a longer period. The Social Security Organization states that 30 million people are in absolute poverty means that the crisis has gone beyond charts, numbers, arithmetic, and books. Therefore, the [regime] needs to make decisions quickly. Otherwise, the damage caused by this inflation will occur in many areas and will be irreparable,” Etemad daily warned on Sunday.