The Impact of Recent Wave of Iran Protests After Sham Elections 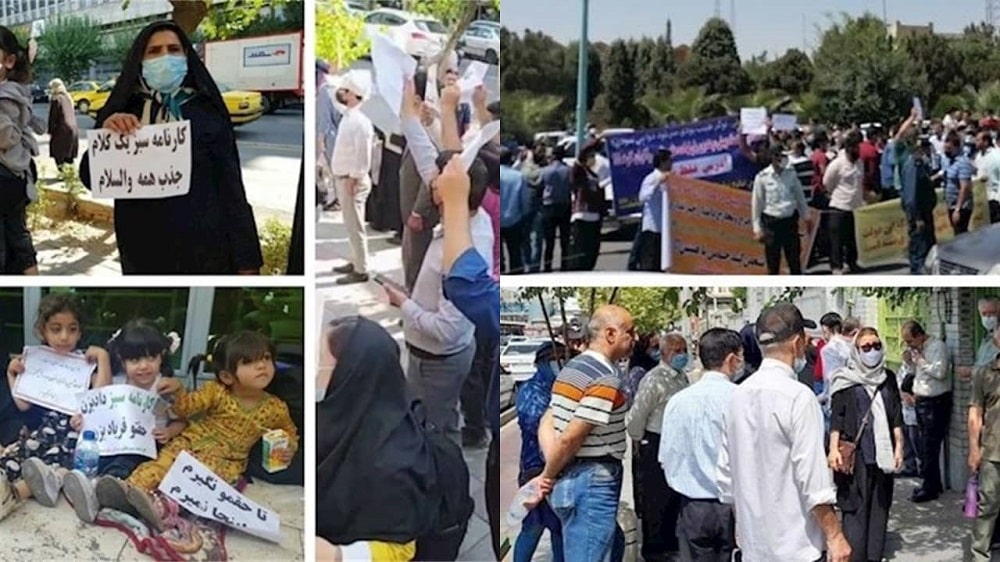 Days after Iran’s sham presidential election, oil and petrochemical workers went on strike. Their protest rallies soon spread across the country, and more workers joined the nationwide strike. On Sunday, many people from other walks of life staged protest rallies.

The new wave of protests and strikes began on June 19, a day after the regime’s sham election. The contract oil and petrochemical workers were first started their strike on June 19. They are demanding better wages and working conditions. Soon the full-time workers joined their colleagues and went on strike.

This latter fact is significant as the regime tried to intimidate contract workers by threatening them to be fired if they continue their protests and fired some of them. But the regime officials are unable to use the same method to intimidate full-time workers.

Workers face increasing pressure because of a declining economy caused by the regime’s institutionalized corruption and its poor response to the Covid-19 outbreak.

The strike by oil and chemical workers has a crushing effect on the regime’s economy, which is centered on oil export. “The strike of thousands of contract workers of oil, gas, and petrochemical entered its eighth day, and now workers of about 61 contractors are on strike,” the state-run Asr Khabar acknowledged on Sunday, reflecting the regime’s fear of ongoing protests.

The oil and petrochemical industries are the country’s economic artery, and the regime desperately needs them to finance its export of terrorism and warmongering apparatus. The new wave of strikes, coupled with international sanctions on the regime for its malign activities, would tighten the noose around the mullahs’ neck.

In addition, protests by people from all walks of life within the last seven months and their spread across Iran are testaments to the society’s restiveness. The Iranian people are suffering from a catastrophic economic situation created by the regime’s corruption. Many Iranians are losing their lives due to the Covid-19 outbreak and the regime’s inaction.

The Iranian people’s hatred toward the regime has reached a new level. The recent nationwide boycott of the regime’s sham election, and the mullahs’ decision to appoint the notorious Ebrahim Raisi as their new president to oppress people more, are testaments that people do not want this regime.

Following the developments in the last few months, the recent series of strikes and protests herald a nationwide uprising. This uprising has very much terrified the regime and its officials.

“Not paying attention to people’s dissent could cause chaos and increase the political rift [between the regime and people]. This matter would only increase the citizens’ dissatisfaction and anger,” the state-run Sharq daily warned on Sunday, June 27, 2021.