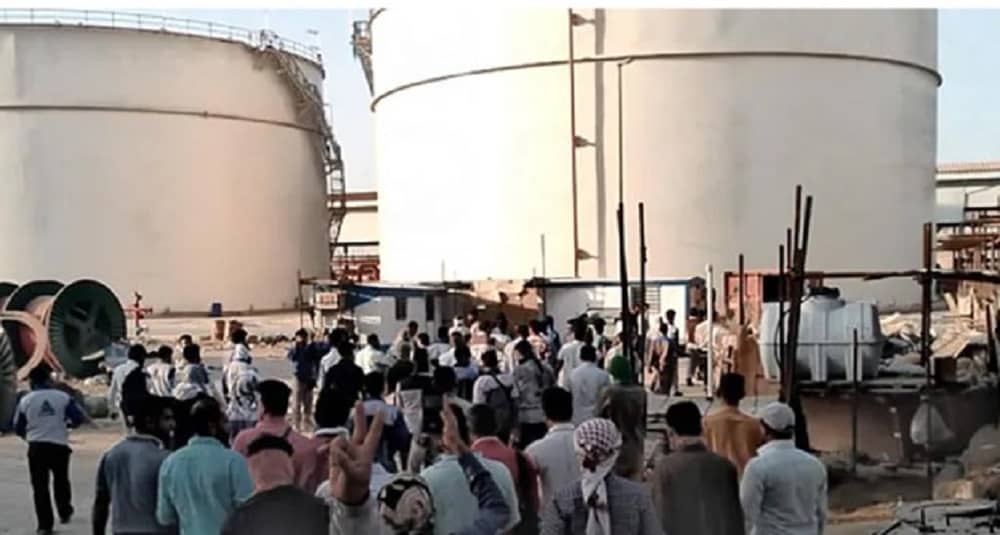 The Growing Wave of Protests in Iran

Barely a week after the regime’s sham presidential election, the people of Iran have already shown how much they trust the incoming cabinet of Ebrahim Raisi to solve their problems. Many protesting groups like workers, teachers, and farmers that held rallies in dozens of cities across Iran on Sunday, continued their demonstrations on Monday and put on display that this movement is not going to stop anytime soon.

#IranProtests
Ilam—NGL3100 Gas Refinery workers in Dehloran joined the nationwide strike by oil workers.
According to reports tallied by @Mojahedineng, workers in 61 centers went on strike as of June 27.
More:https://t.co/A316zW2Qmbpic.twitter.com/LTbzCKjUMI 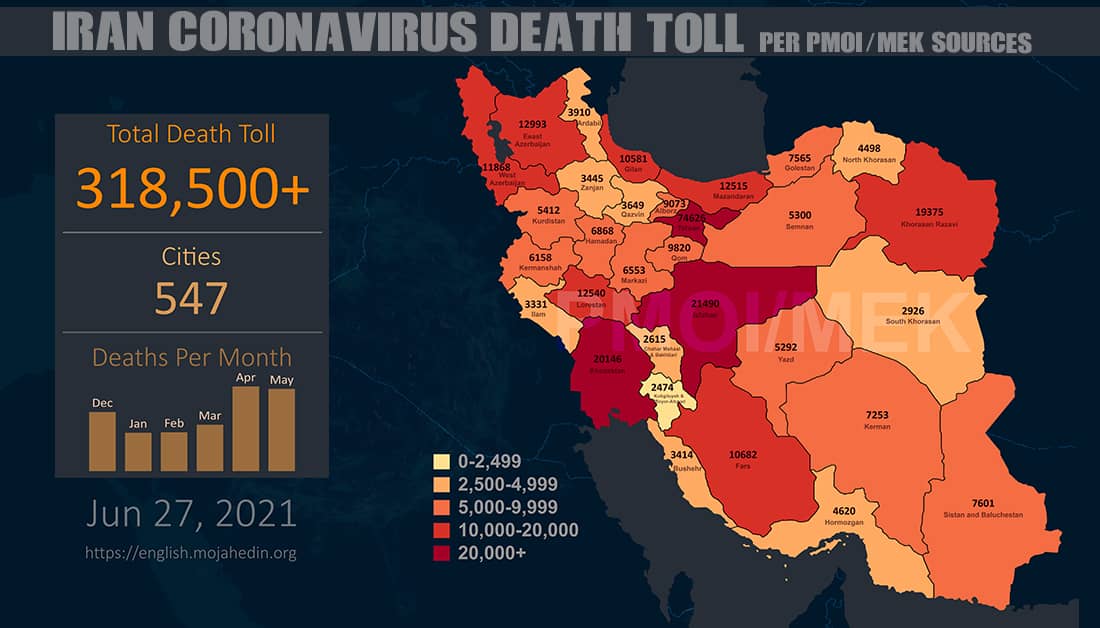 More than 318,500 people have died of the novel #coronavirus in 547 cities checkered across all of Iran's 31 provinces, according to the Iranian opposition PMOI/MEK. 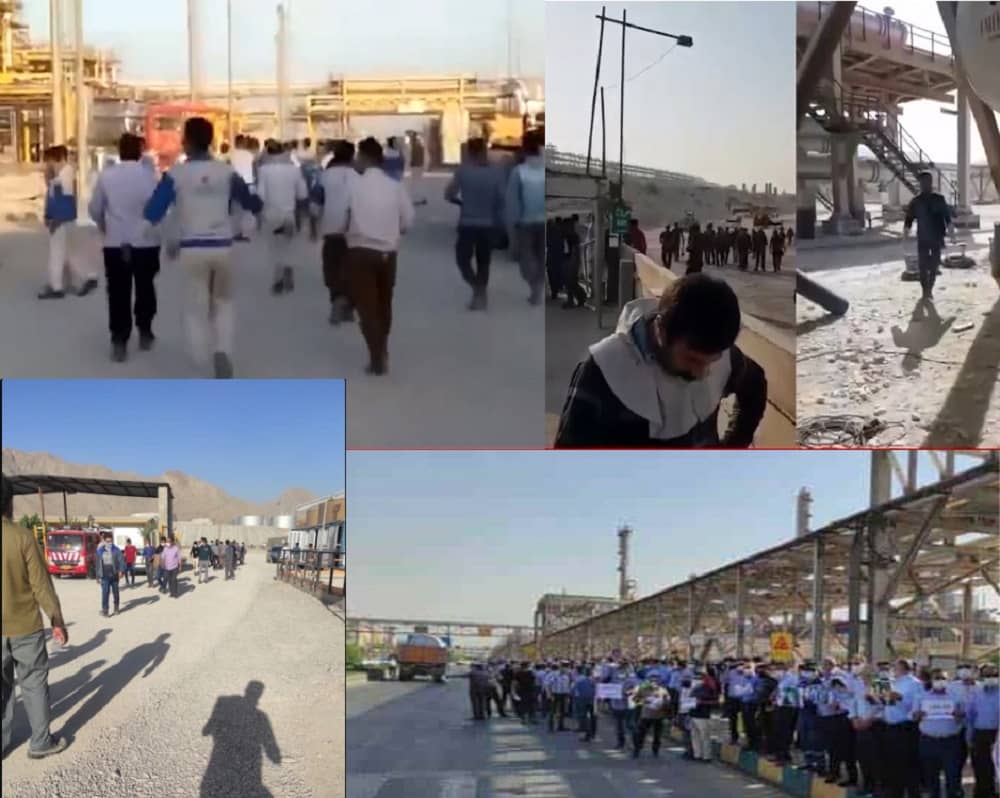 A widespread strike by Iranian oil and petrochemical workers has entered its second week. The workers, who started their strike on June 19, the morrow of the regime’s sham presidential elections, are demanding better wages and working conditions. The workers are facing increasing pressure as a result of a declining economy caused by government corruption and the regime’s poor response to the Covid-19 outbreak, which has caused mass unemployment.
Read more

The continuation of strikes and protests bespeaks of the Iranian people’s general will to overthrow the anti-labor clerical regime. #IranProtests 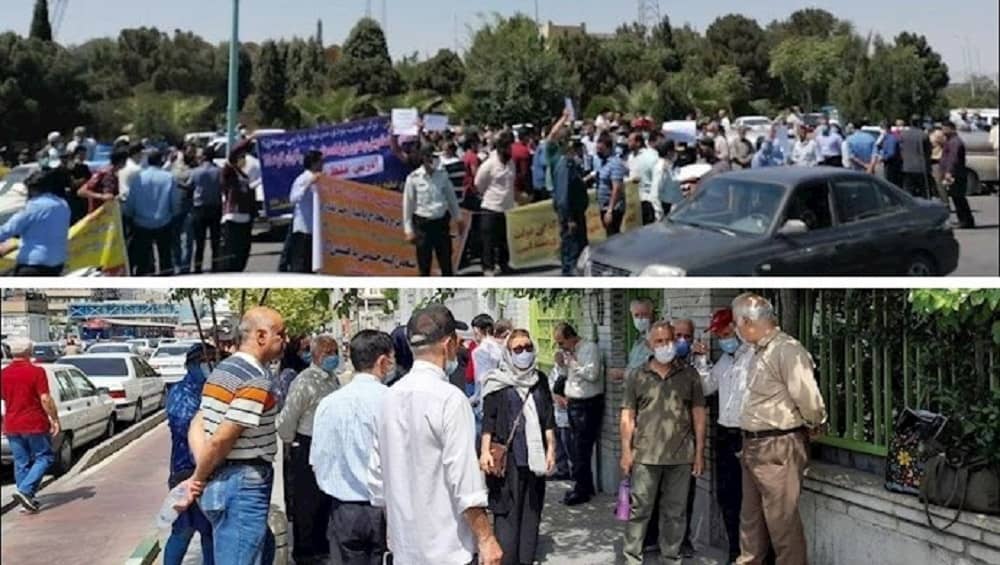 On Sunday, retirees and pensioners held protest rallies in several cities across Iran, including Tehran and Ahvaz. In Tehran, the rally was held in front of the offices of the Social Security Organization. After a short hiatus during the sham presidential election, the pensioners are back in the streets to claim their demands.

In the past months, retirees have been regularly organizing protests in various cities. But regime officials refuse to answer the pensioners’ demands. The protesters complain that their meager pensions are not nearly enough to cover their most basic expenses and are often delayed for several months. Sunday protests by pensioners have become a regular scene across Iran as the living conditions of this deprived segment of the society continue to become worse.
Read more 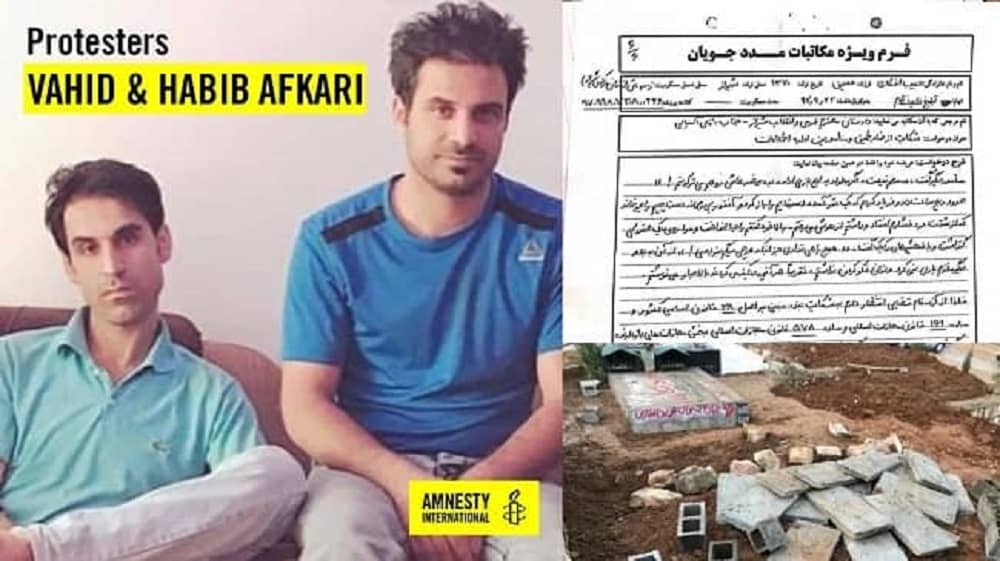 IRAN: HARROWING ACCOUNTS OF TORTURE COMMITTED WITH
IMPUNITY – NEW FINDINGS ON AFKARI BROTHERS
This extensive analysis issued on the International Day in Support of Victims of Torture presents Amnesty International’s documentation of the harrowing details of torture and other ill-treatment inflicted on unjustly jailed protesters Vahid Afkari and Habib Afkari since their arbitrary arrest in 2018 and shows how Iran’s prosecution and judicial authorities have ignored or dismissed the numerous complaints that they have filed from inside prison in search of truth, justice, and reparation.
Brothers Vahid Afkari and Habib Afkari are serving lengthy prison terms in Adelabad prison in Shiraz, Fars province, following convictions in multiple grossly unfair trials, in which courts essentially relied on torture-tainted “confessions”, despite repeated requests by the defendants to exclude their “confessions” and order independent and impartial investigations.

On International Day in Support of Victims of Torture, @amnesty issues new findings about torture inflicted on unjustly jailed brothers #VahidAfkari & #HabibAfkari, & renews its call on Iran's authorities to release them as they are arbitrarily detained. https://t.co/WHvXBVHsEq pic.twitter.com/3akog0yMFw

#Iran will be free: Great support by late Lord Corbett family who for decades supported the Iranian resistance and the cause of human rights and democracy in Iran. Great support by Lady Val Corbett and her wonderful family. @DowlatNowrouzi @DavidAltonHL #FreeIran2021 summit pic.twitter.com/VJE8yVQ3jn

Sir Alan Meale, former #British Labor Party politician sends his message of solidarity for the #FreeIran2021 online summit, emphasizing that this event gives the democratic alternative an opportunity to be heard and help the Iranian people reach freedom and democracy! pic.twitter.com/BSDCl55MO4

Dr. Jocelynee Scut will be at the #FreeIran2021 online summit to celebrate the power of the Iranian people for a free #Iran
We invite all our friends to join us on July 10
Spread the message and lets stand together for democracy in Iranhttps://t.co/HAqRSj7ZKC pic.twitter.com/XU1FZxBRbY