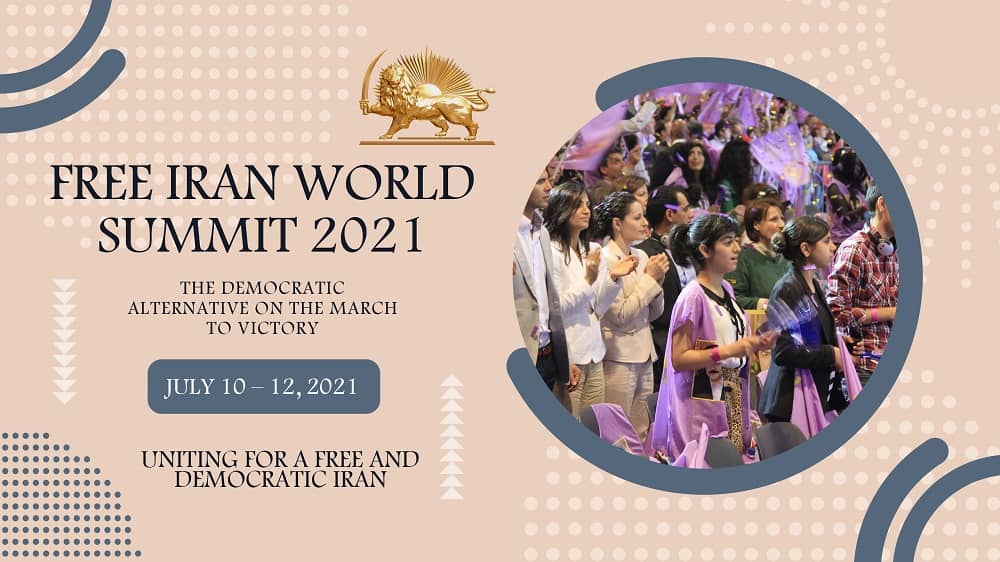 The sham election ended as most experts anticipated it would: with a resounding victory for the regime’s Supreme Leader, Ali Khamenei’s favored candidate, but also with a wildly successful boycott of the polls, organized in large part by Iran’s main opposition, the People’s Mojahedin Organization of Iran (PMOI/MEK).

With last week’s “selection” of its next president, Ebrahim Raisi, the Iranian regime brought an end to a phenomenon that countless Iranians had condemned in previous years as a power-sharing “game” involving two political factions with no differences in political ideology.

Previously, the MEK played a leading role in the nationwide uprisings of January 2018 and November 2019, which featured far-reaching chants of anti-government slogans including, “Hardliners, reformists: the game is over.”

That slogan sought to focus attention upon the fact that Iran’s myriad crises had generally grown worse over time regardless of which political faction held control over the presidency and the parliament. Changes in leadership mainly served to shift the benefits of government corruption from one group to another, while both domestic and foreign policy remained the same in every case.

The previous eight years once again confirmed that all promises by the regime’s presidents ultimately results in further degradation of the quality of life for ordinary Iranians, as well as further tensions between Iran and the international community, including those who are actively reaching out to the “reformist” government and wish to appease the mullahs.

When first selected in 2013, Hassan Rouhani expressed a more general commitment to opening up Iranian society and lifting restrictions on freedom of speech, assembly, and the press. But since then, many of the relevant restrictions had only grown worse, as evidenced by the mass arrest of women’s rights activists and the continued execution of political dissenters even in cases like that of Navid Afkari, who became the focus of international human rights campaigns when he was given a capital sentence for taking part in a 2018 protest.

Rouhani repeatedly and enthusiastically expressed support for the regime, its structure, and its designation of absolute authority to the clerical supreme leader. Even when that authority led to the mass disqualification of Rouhani’s supposed political allies from last week’s presidential election farce and the sham parliamentary election of 2020, the so-called reformist politician pled the public to go to their polling places and show support for the system.

Last year and even more so last week, the Iranian people balked at this appeal and reiterated the message of the prior years’ protests. In February 2020, turnout for the sham parliamentary election was the lowest in the regime’s history. Official government sources recorded it at around 47 percent, but this figure was a desperate effort to retain a partial image of political legitimacy, and the actual turnout had been closer to a quarter of eligible voters. Immediately in the wake of the sham presidential election, the regime offered a similar estimate of participation at just under half the population, but this time the MEK came back with an estimate of only about one-tenth, pointing to data gathered by 1,200 journalists in 400 localities as evidence.

On the one hand, increased participation in the electoral boycott reflects the population’s steadily mounting frustration with a system that has never seriously addressed their grievances regarding the economy, the vast restrictions on civil society, or the nation’s international isolation due to the regime’s malign activities.

Ebrahim Raisi’s victory came in the wake of a vetting process whereby the Guardian Council exercised its authority with an even heavier hand than in most previous elections. As well as excluding the so-called “reformists,” the 12-member body also disqualified anyone who was considered capable of mounting an effective challenge to the candidate whom Khamenei had marked as his favorite.

This is in keeping with the Guardian Council’s basic mandate, as well as with what one would expect based on its make-up. Six of the council’s members are appointed directly by the supreme leader, and the other half are appointed by the head of the judiciary. In 2019, Khamenei appointed Raisi as the new occupant of that position, thereby setting the stage for him to easily ascend to the office of president. In the meantime, Raisi used his new role to demonstrate his commitment to the sorts of a crackdown on dissent that the regime clearly saw as its only means of overcoming the mounting public dissent.

The defining feature of Raisi’s tenure as chief justice was the judiciary’s response to the November 2019 uprising, which encompassed nearly 200 cities and towns almost immediately after the announcement of a hike in the government-set price of gas. Security forces opened fire on crowds of protesters, killing 1,500, and afterward, reports of systematic torture continued to emerge from Iranian jails for months. The MEK reported that approximately 12,000 individuals were arrested in the immediate aftermath of the uprisings, either for directly participating or for suspected connections to other actions against the regime.

Of course, not one word of protest against this repression came from prominent figures within the regime, and certainly not from the “reformist” faction or Rouhani. When close political allies of Khamenei and Raisi were given preference in the vetting for the 2020 parliamentary election, Rouhani’s faction continued to demonstrate fealty to the system. And when Raisi himself was put forward as the only viable candidate to take his place, the outgoing president still veritably begged the people to lend that system political legitimacy with their votes.

These facts have gone unrecognized by Western policymakers for a long time, but now they should be uniquely hard to deny. Khamenei has unwittingly seen to that with his dismantling of the hardliner/reformist power-sharing arrangement.

The policymakers must recognize the electoral boycott for what it is and how the MEK Resistance Units have described it. In public messages, those activists have said that refusal to vote is, in effect, a “vote for regime change.” And by encouraging the general population to endorse that goal once again, they are setting the stage for Iran’s democratic future to be discussed much more openly at the international rally for Iran Freedom in July. This will be discussed in the Free Iran World Summit 2021 between July 10 and 12, when the Iranian expatriate assembly for their annual gathering. This year’s event will comprise gatherings of Iranian expatriates in countries all across the world and will feature speeches from American and European policymakers and Iran experts.