Facts and Figures Show How Mullahs Have Destroyed Iran’s Economy 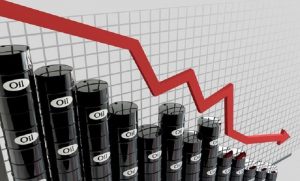 While Iran’s economy suffers and people struggle to make ends meet, the regime continues its wrong economic policies. However, to quell society and deceive people, the regime’s officials announce false statistics or take wrong actions. The facts and figures below confirm this fact.

Abdolnasser Hemati, the regime’s Central Bank chief, recently announced that “the country is out of economic recession.” Hemati referred to the so-called economic growth over the summer and autumn of last year, reaching 3.9 percent.

The International Monetary Fund had predicted in its latest report that GDP growth in 2020 compared to 2021 would decrease by 5%. The same international organization had reported that Iran’s economy has shrunk by 6.5% and 5.4% in 2018 and 2019, respectively.

At the beginning of the winter, the World Bank said that Iran’s economic growth in 2019 was negative 3.7%, and this year this figure is expected to be 1.5% positive. The World Bank’s statistics align with the International Monetary Fund’s findings, underlining that Iran’s economy under the mullahs’ regime has shrunk by 16.5% in the last three years.

The fact that Iranian people are grappling with poverty and the daily protests by all walks of life due to harsh economic conditions are testaments to Iran’s devastated economy.

One of the aspects of Iran’s destructed economy is the rising inflation rate and liquidity growth. One of the main reasons for the skyrocketing prices and inflation is the government’s economic policies, such as compensating its budget through banknotes and stimulating liquidity growth.

“Today, our most important problems are inflation, expansiveness, and [rising] liquidity, which have troubled people. The root of these problems lies in the budget structure. The government [should] reform the budget structure and correct the imbalance in the operational and structural budget deficit. This has been neglected in the last few years,” Mohammad Bagher Ghalibaf, the regime’s Parliament Speaker, said on Saturday during the regime’s factional feudings.

Meanwhile, the regime’s parliament has adopted the very same budget. The mullahs’ regime tries to compensate its budget deficit through many actions which negatively affect Iran’s economy.

One of these actions is printing more banknotes, which increases the liquidity and causes a subsequent higher inflation rate.

“Seemingly, the government has no choice but to print banknotes to compensate for its budget deficit. Five hundred and seventy billion tomans are injected into the Iranian economy by the Central Bank daily. The Central Bank says that from February of last year to the end of February of this year, 107,640 billion tomans have been added to the monetary base. These numbers mean that another record in banknote printing has been set in the last year,” wrote the state-run Eghtesad-e Saramd daily on Saturday.

“Inflation is one of the biggest and most fundamental problems that has plagued Iran’s economy for the past 40 years. The most important structural factor of inflation in the Iranian economy is the government budget deficit. Without the Coronavirus crisis, this year’s government budget deficit was predicted to be 130,000 billion tomans. Banknote printing is offset, which increases the monetary base and liquidity and ultimately has an inflationary effect,” wrote the state-run Arman daily on Saturday.

Despite Ghalibaf’s claims, Iran’s economic crisis will not end with some reforms because this economy has been devastated by the regime’s institutionalized corruption and other priorities instead of helping the people.

“In our country, there are four institutions which control 60 percent of the national wealth. This includes Execution of Imam Khomeini’s Order (EIKO or Setad Ejraie Farman Imam), Khatam-al-Anbiay Base, Astan-e Quds, and Foundation of the Oppressed and Disabled. None of these institutions are connected with the government and parliament,” Behzad Nabavi, a government minister in several administrations, admitted in an interview with the state-run Alef news agency on September 21, 2019.

A glance at the regime’s budget for the upcoming Persian New Year in March shows why and how the regime compensates its budget deficit by taking destructive economic actions, such as banknote printing.

“In the budget bill of 1400 [Persian Year], Rouhani’s government has increased the budget of most of the [regime’s] military forces unprecedentedly. Accordingly, next year, the Revolutionary Guards budget has increased by 58% and the army by 53%. The Research and Innovation Organization of the Ministry of Defense budget, which Mohsen Fakhrizadeh previously headed, has increased by more than 500%, from 40 billion to 245 billion tomans. The Ministry of Defense’s budget has also increased by 75%,” wrote the state-run Eghtesad Online news agency on December 3, 2020.

The regime also spends billions of dollars on its domestic and foreign propaganda and terrorism machine.

“The second-most-funded device is the seminary service center. This organization earns one thousand billion tomans from the budget. That is a little more than the parliament’s total budget and the whole country’s emergency organization. The Supreme Council of seminaries will also receive 651 billion tomans of budget. This amount is almost twice the Food and Drug Administration budget and more than five times the budget of the Ministry of Science, Research and Technology,” wrote the state-run Tejarat news on December 6, 2020.

“The Al-Mustafa Al-Alamiyah Society and the Islamic Development Organization are the fourth and fifth funded institutions in this list, respectively. The former is equivalent to the country’s education budget. The latter is about twice the National Library budget or four times the National Elite Foundation of Iran,” the Tejarat news article read.

The U.S. Department of the Treasury’s Office of Foreign Assets Control, on December 8, 2020, designated Al-Mustafa International University for facilitating terrorism.

“Iran-based Al-Mustafa International University, which claims branches in over 50 countries, enables IRGC-QF intelligence operations by allowing its student body, which includes large numbers of foreign and American students, to serve as an international recruitment network,” read the Treasury’s statement in this regard.

Since Iran has had negative economic growth in the last few years, the regime tries to fund its illicit activities through unsupported banknote printing, distribution of debt securities, high taxes, and the sale of cheap oil.

“Currently, the strange sale of security debts and using its revenues in current expenditures will also show their quasi-debt crisis. This will cause the next government to eventually have to create a monetary base to settle its current obligations,” wrote the state-run Eskenas news agency on March 3.

The facts above show why Iran’s economy is devastated and that sanctions are not the main problem. This is why Iranian people, who are grappling with poverty, chanted during their major uprising and daily protests, “Our enemy is right here; they lie when they say it is the U.S.”