Iran: 450,000 Automotive Industry Workers on the Verge of Unemployment 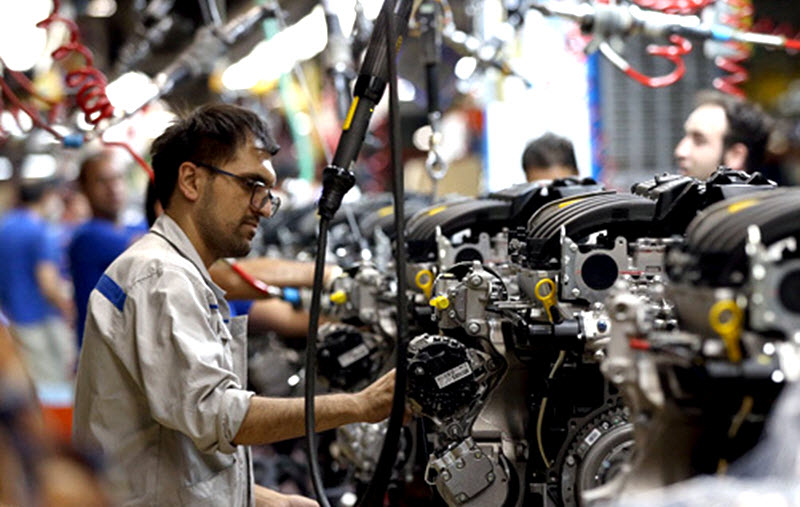 The ongoing conflicts between the regime affiliated automobile makers and component manufacturers, is putting the employment of thousands of workers in great jeopardy.

The Secretary of the Board of Directors (of component manufacturers), Mazyar Beiglou, has warned the Ministry of Labour and Social Affair, of an upcoming wave of unemployment; which is predicted to impact thousands of workers in this industry.

In his interview with ILNA, Beiglou states: “last week, we penned a letter to the Ministry of Labour and Social Affair in which we warned them of an upcoming wave of unemployment that’s set to impact 450,000 workers in the industry”.

He pointed out to the lost jobs of 14,000 people thus far (i.e., from beginning of the year till now), and that: “a component manufacturing company named Cruise, is also going to dismiss 3500 of its workers later this week”.

He added that: “after next month, the 3-month contracts of many workers will not be renewed either”.

According to Beiglou, component manufacturers are gradually losing their ability in finding the required parts; which means that an “80% reduction in automobile production” is well on its way too.

The “exacerbation of circumstances” was predicted by Arash Mohebi-Nejad around two months ago when he first reported of the close-down of 50 component manufacturers.

The former Minister of Labour from Rouhani’s government, who was dismissed by the parliament just last week, had also warned the government of the potential loss of 1 million jobs, especially in the automotive industry.

A spokesman of the Guardian Council, Ali Khodaei, recently spoke of the “workers’ job-safety being taken hostage by automobile and component manufacturers” (ILNA, Wednesday 15 August 2018). He warned of thousands of jobs being at a great risk: “it’s been a while since some companies in our industry have attempted to recover their debts; but instead of directly dealing with the debtors, they take workers hostage instead”.

With an ongoing accumulation of debt to component manufacturers, the risk of unemployment is going up just as fast.

The head of the Workers’ Union of Tehran Province has commented in this regard: “the monopolisation of the automotive industry is in the hands of automobile makers; people are constantly pressured to purchase cars from domestic suppliers, regardless of how high the price or poor the quality is. The question is, why automobile makers refuse to repay component manufacturers their debts, and why should workers be sacrificed in between all this?”.

He continued: “Aren’t there legal ways to resolve the issue? Why with every rise of conflict, workers are always the first to get negatively impacted?”; adding that: “certain companies tend to use various excuses for their failure, for instance, the existence of an economic war, the pressure of a so-called ‘enemy’, and an insufficient support from the government. But if any of these were the case, then how can we explain the 100,000 billion Toman of interest that was generated through imports (which took place when Dollar was 4.2 thousand Toman)? Didn’t they use most of their budget of Staple Goods (i.e., the money allocated to Staple Goods only), i.e., 780 million Dollar to be exact, on the import of a whole lot of components instead?”.

Khodaei also questions why despite making significant profits, automobile makers refuse to repay their debt of 10,000 billion (or less) Toman to component manufacturers!