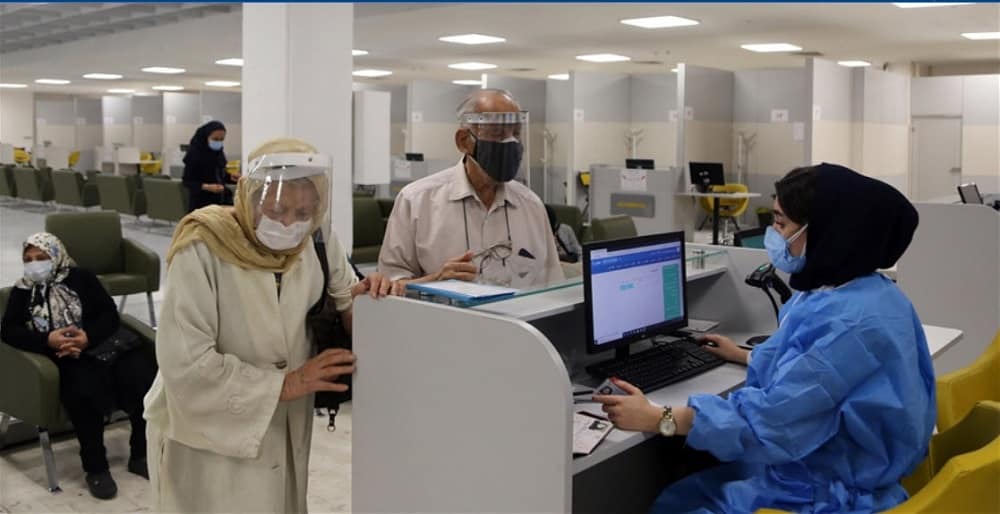 Iran’s Covid-19 death is rapidly rising. The country is plagued with death. This tragedy was preventable. Besides its high mortality rate, the Covid-19 outbreak has had devastating psychological and economic effects on people’s lives.
“Twenty months have passed since the spread of coronavirus in Iran, while according to official statistics from the Welfare Organization, coronavirus has orphaned 51,000 children, increased the number of female-headed households by 30,000, and moved 612,000 families below the poverty line, leading to a 25 percent increase in domestic violence,” wrote the state-run Jahan-e Sanat daily on September 20.
A report recently published by the Ministry of Cooperatives, Labor and Social Welfare indicated that the health and other living expenses of families increased again in August, increasing the inflation rate.
“This is the first time that the cost of treatment has increased so much, along with the cost of rent and transportation. Because since last year, the insurance companies have covered less part of the treatment costs. Thus, people must pay 40% of the cost of treatment out of pocket. According to Iraj Haririchi, this statistic has worsened this year, and this, in turn, has increased poverty,” Jahan-e Sanat wrote in this regard.
Meanwhile, many families that are crushed under poverty have lost their breadwinners. “According to the Deputy Minister of Social Welfare: Every 12 seconds in the world, a child is orphaned due to coronavirus. In Iran, it is estimated that 51,000 children have lost their parents due to the Covid-19 outbreak,” Jahan-e Sanat wrote in this regard.
Yet, Mostafa Eghlima, a social expert, told Jahan-e Sanat that, “The statistics recently announced by the Welfare Organization about those children who have become orphan due to the Covid-19 outbreak are incorrect because the Covid-19 [official] death toll is not accurate.”
“Therefore, the exact number of children orphaned by Covid-19 is much higher than what is stated. Probably 30,000 women went to welfare as heads of households, and the same 30,000 women have at least one or two children. However, the welfare organization only announces the statistics and does not pay any attention to these people,” Eghlima adds, according to Jahan-e Sanat.

In Iran, under the mullahs’ regime, the suicide rate has been rising yearly. According to a member of the Board of the Scientific Society for Suicide Prevention in Iran, “The average suicide rate in our country is about 7.02 percent per 100,000 people, but in some provinces, we have statistics of about 10 or 15 and even 20 percent per 100,000 people, which shows a worrying increase.”
Reports from Iran indicate that the suicide rate has increased due to the Covid-19 outbreak and its resulting poverty.
The suicide rate among Iranian nurses and medical professionals is rapidly rising, and more frustrated health experts express their desire to commit suicide.
The regime refuses to increase the salaries of Iran’s medical professionals and nurses, and their wages are delayed for months. Due to the regime’s inhumane Covid-19 policy, including its refusal to fortify Iran’s damaged health infrastructure, import vaccines, and other necessary medications and equipment, nurses and doctors work hard to help patients. Thus, Iranian doctors and nurses are frustrated.
“With the consecutive Covid-19 waves, the infrastructure of the country’s health system has reached the collapsing point,” wrote the state-run Mostaghel daily on Sunday, August 8, 2021.
“38% of nurses suffer from moderate to severe depression, and 37.5% have thought of suicide or were ready to commit suicide,” said Fariborz Dortaj, a member of the Central Council of the Iranian Psychological System Organization. “Nurses with a bachelor’s degree had more depression and suicidal ideation than nurses with a master’s degree or higher,” he added, according to the semi-official ISNA News Agency.
“Due to the Covid-19 outbreak and the poor living conditions of nurses, many nurses have migrated, around 500 a month,” Secretary of the Supreme Council of the Nursing System had previously stated.

Iranian nurses: victims of Covid-19 and destructive policies
In a T.V. interview (Ofogh -Horizon- Network) in early April 2020, IRGC Brigadier General Parviz Fattah, the current head of the Foundation for the Underprivileged(Mostazafan Foundation), confessed to paying IRGC mercenaries in Syria.
The monthly salary of IRGC mercenaries in Syria, according to information released by the Office of the National Council of Resistance of Iran in the U.S. in July 2016, averages about $1,000 a month.
“In the private sector, nurses’ salaries were 1.5 million tomans plus performance reward, in the public sector, 2.5 million tomans plus performance reward and the average performance reward was a maximum of 800,000 tomans, said Maryam Hazrati, Deputy Minister of Nursing of the Ministry of Health, referring to the number of nurses’ salaries in February 2019.
The announced minimum wage of the Iranian nurses in 2021 is around 7.9 million tomans. Supposed they receive their salary, it will be equal to less than $250 per month, based on the exchange rate of 27,000 tomans per U.S. dollar at the free market.

The Covid-19 outbreak, coupled with the regime’s corruption and wrong economic policies, has also had a devastating effect on people’s financial situation.
“According to official reports from the Statistics Center and the Ministry of Labor, in the 2010s, the minimum wage covered less than 35% of the costs, and people had to make ends meet from other sources,” Etemad daily wrote on Monday. “The emergence of Covid-19 and its medical costs, the unemployment of about 2 million people in the spring of 2021, and the severe damage to the service sector by Covid-19 is added to these statistics,” Etemad adds.
The state-run Etemad daily adds that families “or unemployed people, fall below the poverty line due to the coronavirus outbreak.”
“The coronavirus outbreak in late 2019, while affecting costs, also reduced the people’s ability to cover the expenses and the annual salaries. The ratio of the minimum annual wage of a worker to the average cost of an urban household in 2019 was about 37.9 percent, which in 2021 reached 35.3 percent,” Etemad daily adds.

The rising suicide rate, the increasing economic, psychological, and social pressure on people and medical professionals are not merely due to the Covid-19 outbreak. This crisis could have been prevented if the regime, mainly the Supreme Leader Ali Khamenei, had used his financial empire to help Iranians and medical professionals or at least allowed the entry of vaccines.
Khamenei and his regime considered the deadly Covid-19 crisis as a tool to oppress Iran’s restive society. Now with more people dying daily, the public anger towards Khamenei and his regime increases, terrifying the regime.
“If the negative consequences from impractical and inefficient decisions continue. In that case, the efficiency and legitimacy of the political system may be challenged,” Aftab-e Yazd daily warned officials on September 15.