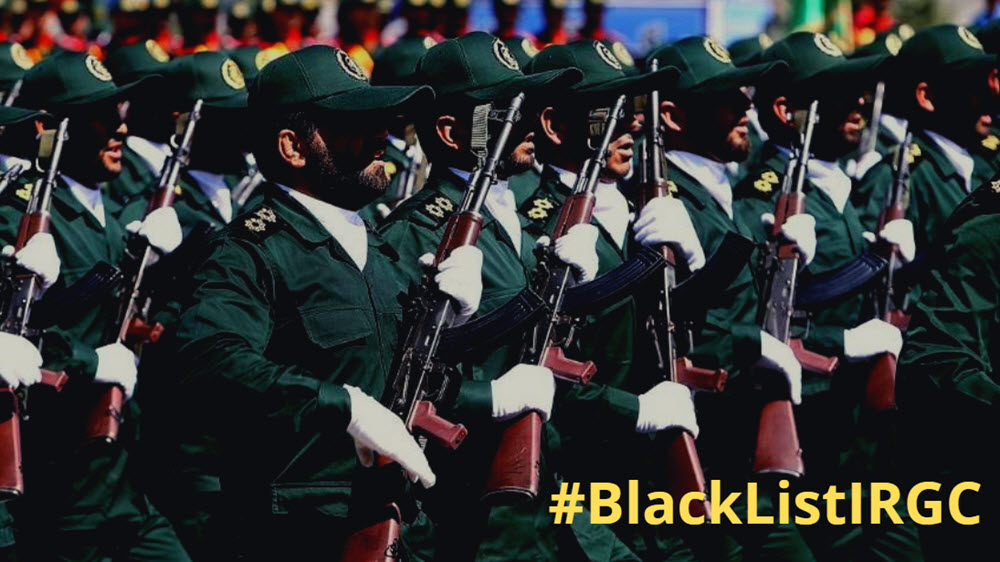 Donald Trump said in a statement: “[The US] recognizes the reality that the Iranian regime is not only a State Sponsor of Terrorism, but that the IRGC actively participates in, finances, and promotes terrorism as a tool of statecraft… “[The IRGC is] the Iranian government’s primary means of directing and implementing its global terrorist campaign.”

This is part of the US’s “maximum pressure” campaign to punish the Iranian regime for various destabilising activities across the Middle East, including its ballistic missile and nuclear programmes, support for the Bashar Assad regime in Syria, the Houthi rebels in Yemen, and militant group Hezbollah in Lebanon, as well as for assassination and terror plots in Europe and the US.

The head of Iran’s central bank, Abdolnasser Hemmati, tried to big up the rial on Sunday, anticipating the US decision, but it did not help once the designation was announced.

This foreshadows additional problems for the Iran regime’s economy because the IRGC controls a large sector of the economy, often through front companies, so a economic crackdown on its business interests may well lead to military escalation, which creates uncertainty for Iranian businesses and people.

The IRGC controls large sections of the construction, telecommunications, auto and energy industries.

The Iranian rial has declined massively in the past year – despite Regime attempts to artificially fix the exchange rate – and has fallen 80% against major currencies. This has contributed to high inflation, lower consumer purchasing power, high unemployment, and rising poverty, all at a time when Iran is dealing with the worst floods in a decade.

The Iranian Regime has tried to blame this crisis on its enemies in the Middle East and across the world, but the truth is that 40 years of corruption and mismanagement have led to these economic problems. (The rial was valued at 70 to the dollar in 1978, before the mullahs stole power from the people in the 1979 Revolution.)

Even the initial crash of the rial last year (and subsequent stabilisation attempts) happened before the US withdrew from the 2015 nuclear deal and reimposed sanctions.

Previous article
Iran – Death Throes of a Thuggish Regime
Next article
US Official: Consensus Over Iran Regime in Syria