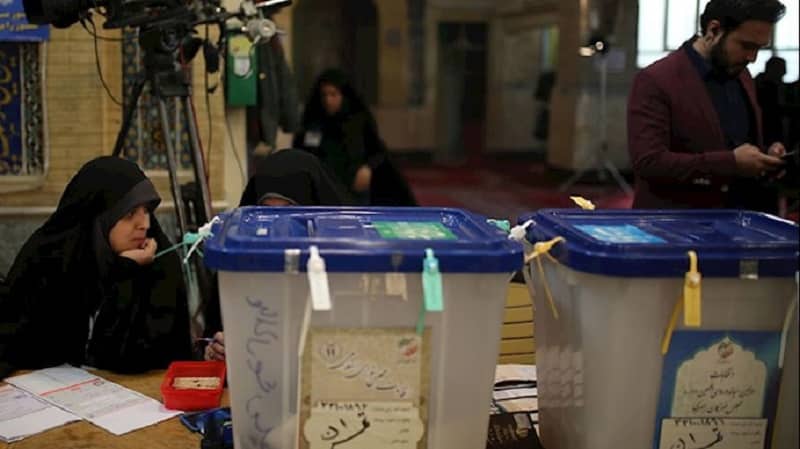 In an article titled “an inflation that devours everything,” state-run Ebtekar daily on Saturday acknowledged that basic food items’ price has increased by 1.7 million tomans in recent days.

“Today, we can no longer see the effects of wage increases, the same wages that [officials]claimed should not be increased. Now even this small increase has disappeared. In one sentence, this situation could be described: ‘The livelihood security of wage earners is in serious danger,” Ebtekar daily wrote.

“Social crisis due to rising prices” is the title of an article in state-run Aftab-e Yazd daily on Saturday, warning the regime officials about the consequences of Iran’s economic crises.

“Increasing individual or social tolerance requires certain actions. Unfortunately, the government not only has not been able to take positive actions to increase social tolerance, but its shortcomings have increased the public’s intolerance. Different social crises in recent years have emerged due to the skyrocketing prices of goods in the form of public dissatisfaction [protests],” Aftab-e Yazd article reads.

In an article on Saturday, the state-run Donya-e Eghtesad acknowledged that no matter who comes out of the ballot box in the upcoming sham presidential election, Iran’s economic crises have no solutions.

Donya-e Eghtesad emphasizes that the regime has three options: structural or political reform of Iran’s economy maintaining the status quo. Donya-e Eghtesad then underlines that due to the current crises and the regime’s economic outlook, which is defined by corruption, the regime’s to-be president will maintain the status quo. Thus, Iran will be witnessing super economic challenges, which will result in: “High inflation, low economic growth and a country facing a major environmental challenge. Zero growth and inflation of nearly 50% are the results of these wrong strategies.”

In such circumstances, state-run media acknowledge people’s willingness to boycott the elections.

“Pay attention to the list of skyrocketing prices. The prices of various goods, both domestic and foreign, are rising each second, and no one is responsible,” wrote the state-run Aftab-e Yazd daily on Saturday, in an article titled “Dear officials! People do not come to the polls due to skyrocketing prices.”

Aftab-e Yazd then warns regime officials and tells them to “put yourself in the position of a worker or retiree who has a statistic salary. Are these [impoverished] people motivated to have political participation? Even if a candidate gathers one hundred thousand people in a Clubhouse interview, how on earth would that help those whose earnings do not cover one portion of meat per month?”

Hamdeli daily on Saturday also acknowledges that the regime can no longer deceive people with maneuvers of reformism or reformists.

“Reformists lack popular legitimacy and are unable to make a social movement. Thus, it is unbelievable to think of political polarization in the current elections,” Hamdeli wrote.

“Over the past three decades, and especially the last eight years, the people’s faith, hope, beliefs, and trust in the system have been damaged. Thus, the political participation of the people has decreased. People are well aware of the fact that those behind the current situation can demand changes or change the situation in favor of the people,” Javan daily, an outlet linked to the Revolutionary Guards (IRGC), acknowledged on Saturday.