Iran Protests – Shahrekord’s Uprising to Protest the Lack of Water 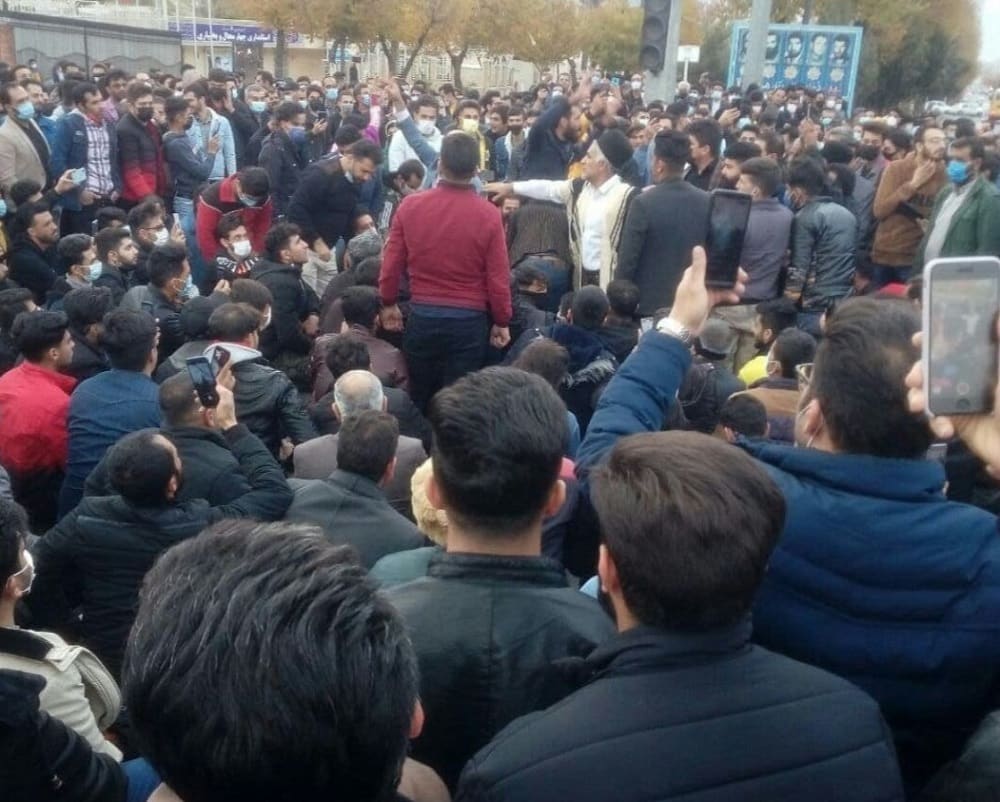 Today, November 22, 2021, for the second day running, thousands of people of Chaharmahal and Bakhtiari Province demonstrated in the Provincial capital, Shahrekord (to protest against the lack of water and the clerical regime’s plundering policies.

Yesterday, demonstrators marched from Revolution Square to the Governor’s office where they gathered. During the demonstrations, protesters chanted: “Bakhtiari dies, will not accept humiliation,” “Beware of when we pick up our guns,” “Shame on the state radio and television [for censoring the news of our protests],” “Lorestan, Khuzestan (provinces) support our protests,” “Chaharmahal and Bakhtiari people will not allow their water to be taken away,” and “The shameless officials plundered the water.” The demonstrators vowed to continue their protests in the following days until they achieved their rights.

Mrs. Maryam Rajavi, the President-elect of the National Council of Resistance of Iran (NCRI), hailed the brave people of Shahrekord who rose up in the wake of protests in Isfahan against the regime’s plunder of water resources. She said: The people of Iran rise up from Khuzestan to Isfahan and Shahrekord. They do not want to live under the yoke of the mullahs who have stolen their water and air. The only way out is to end mullahs’ rule of oppression.