Written by Mansoureh Galestan
26th May 2021 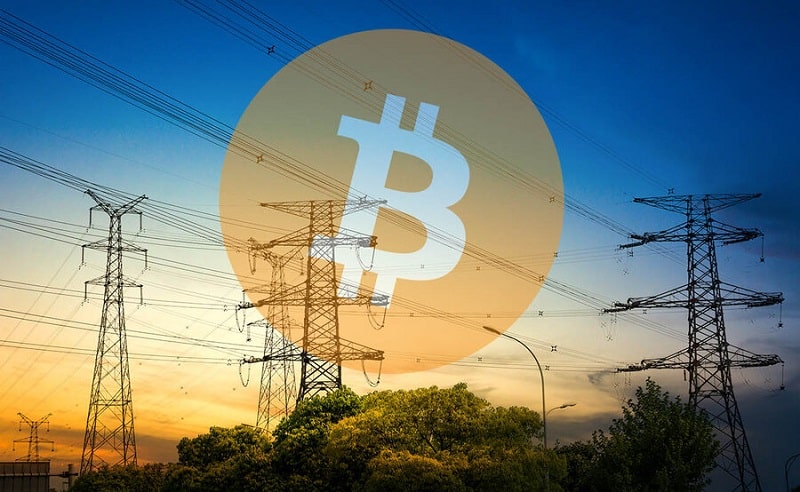 Numerous large-scale blackouts have been reported across Iran in recent days. In the capital city of Tehran, electricity remained unavailable in certain areas for as much as six hours at a time, and in Ahvaz, people were intermittently left without power at a time when temperatures reached 45 degrees Celsius. The regime officials attempted to explain away the situation at least in part by referencing the effects of drought upon hydroelectric power generation, but many experts agree that the primary issue is the excessive growth of bitcoin mining in a country that is ill-equipped to handle it.

Elliptic, a cryptocurrency analysis firm, has recently estimated that about 4.5 percent of all the world’s bitcoin mining operations take place in Iran. The growth apparently reflects efforts by the Iranian regime’s authorities and state-linked private institutions to find creative means of evading US sanctions on the regime. Their foray into cryptocurrency also exploits a newfound expansion in economic relations between the Iranian regime and China, which is reportedly home to many of the firms involved in the current operations.

This in turn means that China is exploiting Iran’s vast oil and gas resources by using them to fuel some of the massive volumes of electricity consumption associated with their own bitcoin mining. Iran has officially recognized this activity as legitimate since 2019. Not all such mining has been officially licensed over the past two years, however. Like all lucrative illegal activity in Iran, the unlicensed bitcoin has been undertaken by the Islamic Revolutionary Guard Corps (IRGC).

According to Elliptic, the legal and illegal Iranian bitcoin mining operations collectively account for more than 600 megawatts of electricity, which means that they are consuming the equivalent of 10 million barrels of crude oil per year. Meanwhile, the operations produce nothing of value for the country but simply function as links in a chain of computer-to-computer interactions that legitimize purchases made with cryptocurrency somewhere in the world.

The recent blackouts are the result of the regime’s illicit activities. The regime’s newfound reliance on bitcoin mining has apparently evolved to the point at which it is not just burning off supplies of locally produced crude that it would otherwise export; it is needlessly consuming supplies that are needed by the Iranian people and converting them into the currency that can generally be used only by the regime and terrorist entities such as the IRGC in Iran or beyond its borders.

One member of the regime’s parliament, Mohammad Ali Mohseni Bandpi, recently emphasized the impact that this situation is having upon the population’s health needs. He acknowledged that hospitals have experienced lengthy blackouts and that although most have backup generators, they are not designed to keep equipment running for as long as these blackouts have persisted. This means that medical staff have not only struggled to maintain ordinary operations but have also lost supplies of Covid-19 vaccines, which must be kept at very cold temperatures in order to remain usable.

Due to the regime’s inhuman Covid-19 policy, Iran is among the countries that have been hardest hit by the global pandemic. According to the People’s Mojahedin Organization of Iran reports, the actual death toll is now close to 300,000 and that the discrepancy reflects a situation of chronic regime misinformation, masking the effects of the regime officials’ neglect and deliberate mismanagement.