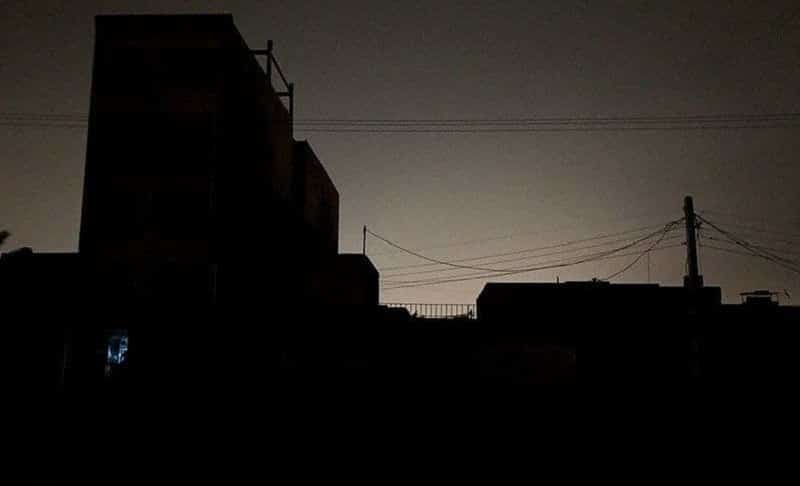 Iranians are suffering from power outages in recent days. Many Iranian cities are experiencing a large power blackout. Since the beginning of this week, extensive, long, unannounced power outages disrupted people’s lives, factories, hospital treatment, and businesses, and even shut down more than 2,000 telecommunication towers.

A glance at the state-run media on Monday shows how destructive the power outages in Iran all.

“According to Dr. Hamid Emadi, Head of Infectious Diseases Department, of Khomeini Hospital these days, power outages have plagued patients diagnosed with Covid-19 with acute pulmonary problems. This is because one of the most basic treatments for these patients is the use of an oxygen machine,” wrote the state-run Jahan-e Sanat daily on Monday.

“Power outages have become a new challenge for people these days, putting their lives in jeopardy. Without prior notice to hospitals, power outages also threaten the lives of patients,” wrote the state-run Hamdeli daily.

Alireza Vahabzadeh, an advisor to the Minister of Health, acknowledged on Twitter: “Did you know that with a power outage, Covid-19 patients who depend on an oxygen generator at home are unable to breathe? During a power outage, if the hospital emergency power does not turn the oxygen generators on, do you know what will happen to the Covid-19 patients?”

Who's to blame for the coronavirus outbreak? Sanctions or the Iranian regime?

“Why we often see power outages in the country in such a situation where many businesses in this bad economic situation are dependent on electricity, many Covid-19 need oxygen and use electric oxygen generators at home, and many students use computers and mobile phones and need electricity?” wrote the state-run Farhikhtegan daily on Monday.

What is the reason for the current power outage?

Speculation as to why there are widespread blackouts in various cities continues. Some state-run media on Monday acknowledged it is about bitcoin mining by Chinese in Iran.  According to the Deputy Minister of Energy, bitcoin mining occurs even in schools and mosques, all of which are covered by the Basij and the IRGC. According to official statistics, these devices consume as much electricity as a city, and Iran is in third place in bitcoin mining after the United States and China.

“Chinese bitcoin farm in Rafsanjan is the largest digital currency production unit in Iran, and 54,000 miners are installed in it,” Majid Fassihi Harandi, Governor of Rafsanjan, told the officials IRNA News Agency in January 2021.

According to the state-run Tejarat New’s report in January 2021, “Miner devices have different transaction power and power consumption, and the older the device, the more power it consumes. Nevertheless, an average device consumes approximately 1.5 kWh of electricity, and the average power consumption of this device is 24 kWh 24 hours a day.”

Thus, a simple calculation shows that the 54 thousand miners in Rafsanjan alone consume about 2,000 megawatts of electricity a day, as much as the capacity of a power plant in the country.

“There have been several statements about the cause of the power outage, which have increased the people’s complaints about this. However, the authorities do not confirm it. But some believe that one of the reasons for this is that some groups are trying to extract bitcoins during the sanctions period,” wrote the Arman daily on Monday.

“Are Chinese brothers this much dear that hospitals, universities, farms, and hundreds of other jobs face closure with constant power outages. Should everything be for the benefit of the Chinese? These people can no longer tolerate such pressures and injuries. Household appliances are vulnerable to damage. Agriculture is on the verge of collapse,” Jahan-e Sanat daily wrote on Monday.

Jahan-e Sanat then asks regime officials: “do you think these people will participate in the elections?”

In other words, the regime is putting Iranians’ lives in danger for circumventing sanctions so it could fund its illicit activities.

“Extraction of bitcoins by foreigners is a form of electricity export since miners’ electricity is calculated based on the export rate, bitcoin production in Iran is the same as electricity exports,” Arman daily quoted Chairman of the Iran-China Chamber of Commerce on Monday.

In addition, the regime exports Iran’s electricity to the neighboring countries, while the people of Iran are paying the price of the massive blackouts.

According to the state-run Arman daily, “Another point that has caused negative reactions from the people in such a situation is the issue of Iran’s electricity exports to Iraq and Afghanistan.”

“Iran is said to supply 40 percent of Iraq’s electricity; In a situation where there are some serious ambiguities in the payment of this electricity.

On the other hand, in the middle of the summer of 2020, Minister of Energy Reza Ardakanian announced that Iran’s electricity exports to Afghanistan would also increase,” Arman added.

The power outage in Iran is having a devastating effect on people’s lives. But the mullahs’ regime only intends to plunder Iran’s wealth for funding its illicit activities. The regime’s corruption and illicit activities have turned society into a powder keg. Iranian people’s ongoing calls for boycotting the regime’s sham presidential election show they consider regime change the only solution to Iran’s problems.