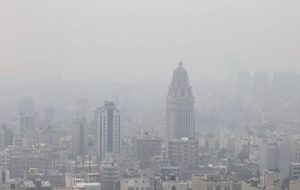 Iran is among the wealthiest countries globally in terms of natural resources such as oil and gas. Iran has 18% of the world’s natural gas and produces 5% of the world’s natural gas. It also exports gas to its neighboring countries. Yet under the mullahs’ regime, Iranians have to experience constant power outages which the regime blames on lack of gas for power plants.

While Iranians suffer power outages and blackouts especially in winter, the regime’s authorities make contradictory remarks and try to cover up the real reason behind these crises.

At around 6 o’clock on January 2, some reports indicated a widespread power outage in Tehran. Then, on January 12, eight provinces witnessed widespread and serial blackouts. The blackouts extended to seven other provinces, namely Gilan, Alborz, Central Khorasan, Mashhad, Markazi, Semnan, Qom and Ardabil.

Statements by regime officials and the manner of blackouts in the different provinces show that the power outage was carried out according to a schedule, although the blackout schedule had not been made public.

In the very first hours, the spokesman of the electricity industry, Mostafa Rajabi Mashhadi, said that the blackouts in the metropolises were due to the lack of fuel for the power plants.

Speculation as to why there were widespread blackouts in various cities continued. According to the state-run Donyaye Eghtesad daily on January 13, Tavanir, which is in charge of Iran’s electricity industry, confirmed the power supply restrictions to power plants in an official statement and called this the reason for the blackouts. The company said that due to increased electricity and gas consumption in the domestic and commercial sectors and limited fuel delivery to a number of power plants, scattered blackouts have been applied in some areas.

All the while, the regime does not use Iran’s natural gas for power plants. Power plants are using fuel oil, a highly polluting substance, which has created deadly air pollution in Iran amid the Covid-19 crisis.

The regime refuses to use natural gas in power plants, since it exports most of this gas to other countries to earn more money and fund its illicit activities.

Since the power plants in Iran have to use fuel oil, electricity is much cheaper in Iran than in other countries.

Thus, Chinese bitcoin miners in collaboration with the Revolutionary Guards (IRGC) are consuming a large part of the electricity in Iran, causing blackouts in different provinces.

According to the Deputy Minister of Energy, bitcoin mining is taking place even in schools and mosques, all of which are covered by the Basij and the IRGC. According to official statistics, these devices consume as much electricity as a city, and Iran is in third place in bitcoin mining after the United States and China.

“Because the diversions are illegal, it is not clear what percentage of the country’s electricity it consumes. However, it is estimated that they consume 500 megawatts per hour, which is equivalent to a large power plant,” Mostafa Rajabi Mashhadi, spokesman for the electricity industry, told the state-run Bargh News on July 2, 2020.

Homayoun Haeri, the Deputy Minister of Energy, acknowledged mining in schools and mosques in June 2020. He said that if there was no monitoring and control over bitcoin mining, their consumption would reach 2,000 to 2,500 megawatts.

As the National Council of Resistance of Iran (NCRI) has previously revealed, Iran’s economy is controlled by the IRGC and the regime’s Supreme Leader Ali Khamenei. Thus, the IRGC largely profits from these power outages.

Having billions of dollars is more important to the regime under international sanctions, thus it auctions Iran’s natural resources. This issue becomes important when we realize that the country is facing a problem with electricity, but at the same time, it exports electricity to Iraq.

While people are experiencing systematic blackouts, the regime exports Iran’s electricity.
At present, the total installed capacity of the country’s power plants has reached about 85,000 MW, of which the share of heating power plants is 15,800 MW, gas 25,400 MW, combined-cycle 25,790 MW, hydropower 12,000 MW, and renewable 85 MW. Of this amount, the regime exports 1,200 megawatts of electricity to Iraq, based on a $6.2 billion contract between Iran and Iraq.

“Iran has exported 65 billion kilowatt-hours of electricity worth $6.2 billion to Iraq since September 2004, of which $5.21 billion has been received so far,” the state-run ISNA news agency reported on March 12, 2019. Thus, the regime also profits from exporting electricity.

Since the regime exports Iran’s gas and electricity and needs cheap electricity for bitcoin mining, it uses fuel oil. The regime does not care for people’s health. Thus, by widely providing fuel oil to factories and power plants, it has increased Iran’s air pollution.

“We have to accept the fact that fuel oil is one of the liquid fuels that must be burned, and it is done all over the world,” said Fereydoun Abbasi, the Chairman of the Parliamentary Energy Commission, in January 23.

“The air pollution is mostly due to cars and motorcycles, and of course, in the current situation, power plants outside the cities must use diesel fuel,” he bogusly claimed, according to the semi-official ISNA news agency on January 23.

The air pollution increases the damages of the coronavirus outbreak in Iran, which has so far claimed over 217,000 lives due to the regime’s mismanagement.

The Iranian regime tries to achieve its malign goal and necessary funds for them by sacrificing Iranian people’s lives.

In other words, the regime’s inaction, its prioritizing of economic interests over people’s lives, and its inhumane strategy of using natural disasters to quell the restive society have added to the people’s crises.

As Mrs. Maryam Rajavi, the NCRI’s president-elect said: “Indeed, after 40 years of the mullahs’ rule, we are confronted with a country whose soil is destroyed, its air is polluted, its forests have been devastated, its lakes, ponds and rivers have been dried and its environment destroyed.”

And as Mrs. Rajavi has emphasized: “So long as the clerical regime is in power, poverty, inflation, unemployment and fraud will continue.” Thus, the only answer for Iran’s crisis is regime change.

So long as the clerical regime is in power, poverty, inflation, unemployment and fraud will continue. I call on #Iran’s youth to support the nationwide movement of the retirees. #IranProtests