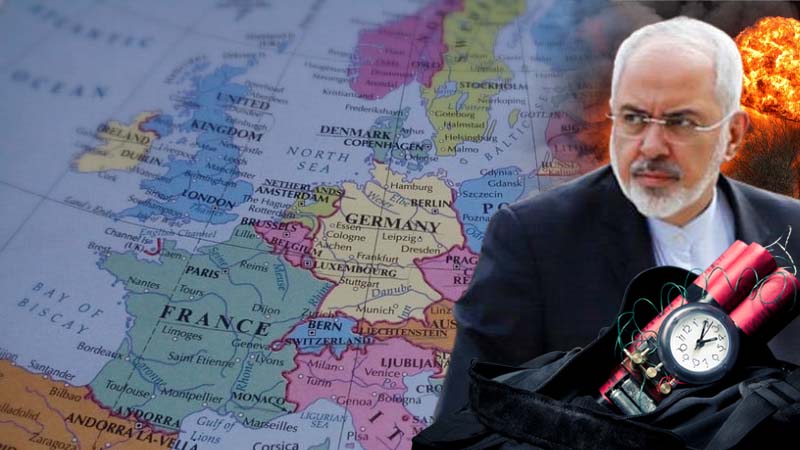 On Wednesday, the International Committee in Search of Justice released a statement that decried European silence over the recent conviction, in a Belgian court, of Assadollah Assadi, a high-ranking Iranian diplomat who led an operation aimed at detonating a bomb at a massive gathering of Iranian expatriates near Paris. It is extremely unfortunate that the organization felt the need to issue this latest statement, considering that it is not the first of its kind, and it reflects the apparently deliberately neglect of policy advice that had been offered in previous weeks by dozens of European lawmakers and former government officials.

The new statement reiterated a point that had been made many times during the trial itself: that “there can be no doubt Assadi’s terrorist outrage was planned and ordered from the highest echelons of the regime, including the Supreme Leader Ayatollah Ali Khamenei, the president Hassan Rouhani, the foreign Minister Javad Zarif and the Minister of Intelligence Mahmoud Alavi.” The evidence for this conclusion is manifold, and it includes the simple fact that Assadi, as the third counsellor at Iran’s embassy in Vienna, would have been in close contact with higher-ranked diplomats including Zarif himself, making it impossible that the Foreign Ministry could have been unaware of his activities.

What’s more, the goal of the terror plot was in line with a longstanding obsession of the Iranian regime itself, in that it sought to disrupt the most symbolically significant event organized by the National Council of Resistance of Iran (NCRI) and to kill that coalition’s leader, Maryam Rajavi. The NCRI’s main constituent group is the People’s Mojahedin Organization of Iran (PMOI-MEK), and in January 2018, Khamenei publicly credited the group as the main driving force behind a then-ongoing uprising against the ruling system. From that point forward, leading Iranian officials have been warning their supporters about the clear prospect for more unrest along these lines, and in November 2019 another protest movement eclipsed the first one, spreading instantly to nearly 200 cities and towns.

To the authors of both ISJ statements, it is clear that the European Union’s failure to follow up on the Assadi case is a sign of Western policymakers allowing themselves to remain under the influence of that pressure even after domestic protests and Assadi’s arrest have exposed some of the key vulnerabilities of the Iranian regime.

The more recent statement made this point explicitly, calling out the European External Action Service by name as the entity best positioned to pursue earlier policy recommendations. ISJ Chairman Alejo Vidal-Quadras, formerly a vice president of the European Parliament, added to the statement’s content by saying, “The silence of the EEAS and their blatant attempts to appease this terrorist regime are a disgrace and place EU citizens at risk from future attacks.”

This reference to appeasement is a recurring feature of much well-grounded criticism of Western policies toward Iran. That impulse has been cited to explain the international community’s inaction in the wake of a massacre of political prisoners in the summer of 1988, which focused on the ME in particular and claimed an estimated 30,000 lives. Iranian expatriate activists reached out to Western governments and international bodies to urge them to intervene at the time, but no one was held accountable then, and no one has been held accountable even to this day.

Of course, the implications of that impunity include the threat of more extreme repression of the Iranian activist community. That danger is only amplified by the regime’s persistent vulnerability in the wake of the 2018 and 2019 uprisings. But the implications also include an elevated threat to Western security. Try as it might, the leadership of the EU cannot hope to separate Tehran’s obsession with the MEK from its willingness to carry out terrorist activities in the heart of Europe.

Had the 2018 bomb plot been successful, it would have no doubt killed hundreds of participants in the annual “Free Iran” rally. While the death toll most likely would have skewed toward the expatriates who had traveled to that event from throughout the world, it would have almost certainly included some of the hundreds of political dignitaries who were also in attendance, and who were seated especially close to the plot’s prime target, Maryam Rajavi.

Even if this were not the case, there would be ample reason for the EU to reverse its former policy of appeasing the Iranian regime. Doing so would allow Western powers to live up to their closely-held democratic ideals, by supporting pursuit of the same in the heart of the Middle East. But just as importantly, it would protect Western interests against an Iranian regime whose growing desperation and growing sense of impunity threaten to create a perfect storm and give rise to other, more successful terrorist plots in Europe.