Iran HRM: Lawyer of Zahra Esmaili says that she suffered a fatal stroke after witnessing 16 men being hanged 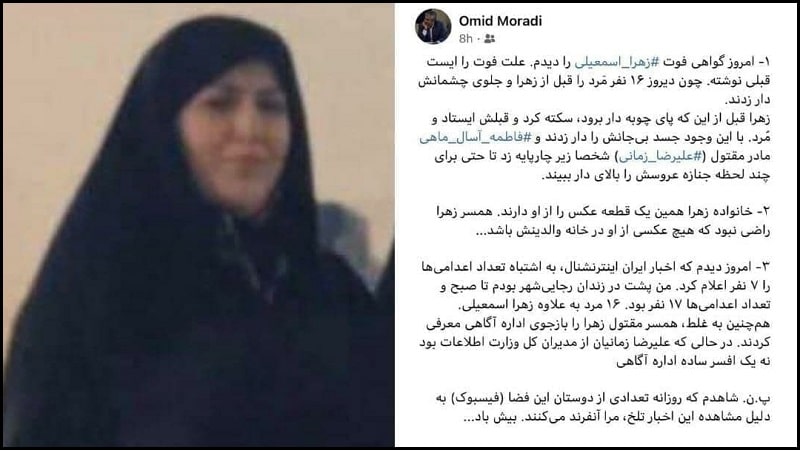 Omid Moradi, the lawyer of a woman recently executed in Iran says she suffered a fatal stroke after witnessing 16 men being hanged and authorities hanged her dead body. Zahra Esmaili mother of 2 was found guilty of killing her husband who was a high ranking intel official.

Earthquake-stricken residents say they have been left without tents

Earthquake-stricken residents say they have been left without tents while the authorities claim that 5k tents were sent for locals.
"We have no idea where these tents are," the voice says.
A magnitude 5.6 earthquake rocked SW #Iran near the town of Sisakht on Feb 17. pic.twitter.com/0n9ip6xqQ9

'Down with Khamenei' MEK Resistance Units 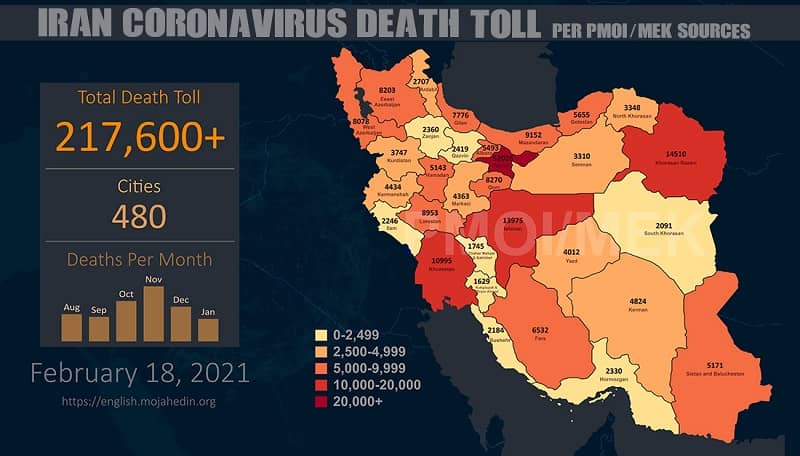 More than 217,600 people have died of the novel #coronavirus in 480 cities checkered across all of Iran's 31 provinces, according to the Iranian opposition PMOI/MEK.

A bombshell report by the National Council of Resistance of Iran (NCRI), published on February 18, provides further evidence of the Iranian regime’s diplomatic apparatus being illicitly engaged in propaganda, espionage, and terrorism against members of the Iranian Resistance.

In a letter to the United Nations Secretary-General, Hadi Sani-Khani, a former member of the People’s Mojahedin Organization of Iran (PMOI/MEK), described how, after leaving the MEK in Albania, he was recruited by the Iranian regime’s embassy in Tirana and became a pawn of the Iranian regime’s Ministry of Intelligence and Security (MOIS). Sani-Khani sent a copy of the letter to the Security and Counterterrorism Committee of the NCRI. 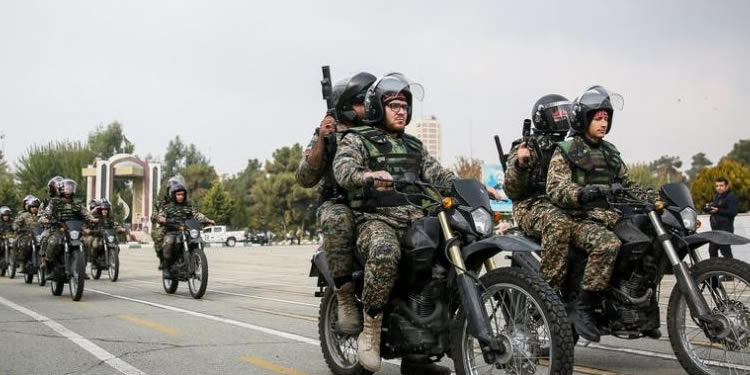 A senior Islamic Revolutionary Guards Corps (IRGC) official implied that the notorious terrorist organization was preparing to crack down on future protests on orders of the regime’s Supreme Leader. In a meeting with the Supreme Leader’s representative in the northeastern province of South Khorasan, Gholamhossein Gheib Parvar, the Deputy Commander of the Imam Ali Security Base, said the IRGC would engage in security matters more than before.

On Wednesday, February 17, the people of Iran staged at least ten rallies and protests in various cities, venting their anger over the regime’s failure to provide people’s essential demands. Residents of Khuzestan had the lion’s share with four protests, including preschool educators, Health Center’s drivers, retirees, and Haft-Tappeh workers.