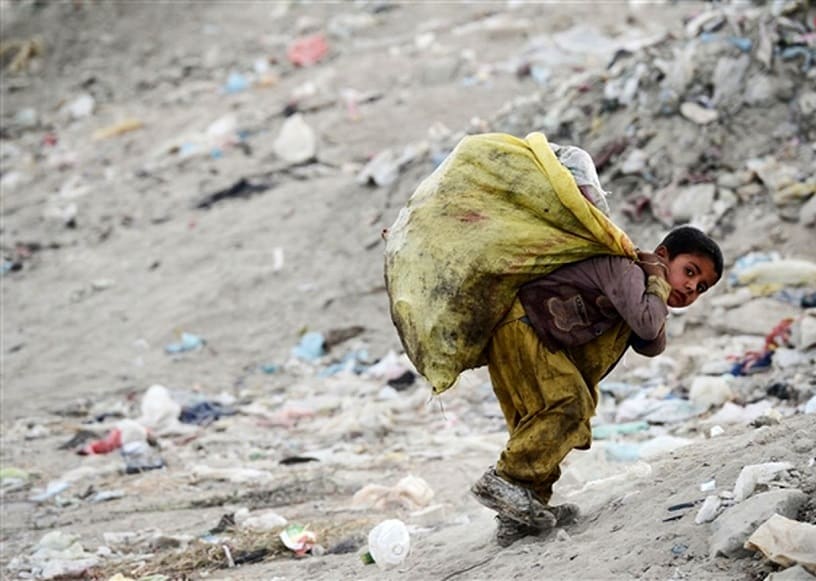 Iranians are struggling with poverty, due to the regime’s wrong policies and corruption. The state-run media and officials acknowledge the severe economic crisis in Iran and admit it is due to their own policies.

Mohammad Bagher Qalibaf, the Parliament Speaker, also referred to the “price instability” and the expenses of necessary food items including chicken, according to Tasnim.

Yet, the regime’s President Hassan Rouhani and other regime’s apologists try to blame sanctions for Iran’s economic problems.

But Iranians know that the current inflation is due to the regime’s institutionalized corruption and wasting the national wealth on the unpatriotic nuclear project and funding its terrorist activities abroad. Thus, during their uprising in the last few years, people have chanted: “Our enemy is here, they lie it is the U.S.,” and “Let go of Syria, think of us.”

In addition, during the regime’s infightings, officials admit that the common destructor of Iran’s economy is the regime’s mismanagement.

“This inefficient state of the country’s economic management must really end. From 2014 to this year, people’s purchasing power has fallen sharply. An important part of the problems now is not the sanctions, but the weakness of management. Inadvertently, [the government’s officials] have drastically devalued the currency against foreign currencies. You can also see the status of the stock market. [Rouhani] claims that both the centrifuges and the economy are running. Such words are strange and disappointing in this situation,” the Fars news agency reported on March 6, quoting Mohsen Rezaei, Secretary of the regime’s Expediency Discernment Council.

“Today, we have many livelihood and economic problems in the country. These problems and high prices have reached a point where the Supreme Leader expressed concern. Are livelihood problems due to the U.S. sanctions? Sanctions may be effective, but our problems are not because of them. Our problems today in the social sphere are mainly due to the lack of revolutionary officials. If the officials of this system and the country were jihadists, we wouldn’t have these problems,” Ahmad Alam--ol-Hoda, the representative of the regime’s Supreme Leader, Ali Khamenei, in Mashhad said on Friday.

Like Khamenei, his representative refused to give solutions to Iran’s economic crisis. Meanwhile, Iranians are grappling with poverty. “The spread of poverty among the people has caused them to remove meat from their basket, and the middle class has reduced its meat consumption. According to the report of the Parliamentary Research Center, in 2019, meat consumption by the middle class has decreased by more than 30% compared to 2016,” wrote the state-run ILNA news agency on November 6, 2020.

While people are living in poverty, the regime funds its illicit activities, and its officials and their relatives live luxurious lives. “Unfair distribution of resources not only makes it impossible for a part of society to enjoy the desired well-being but also affects other individual and social aspects of their lives,” wrote the state-run Aftab-e Yazd daily on March 4.

“In addition to the coronavirus, we are witnessing far worse viruses such as high prices, discrimination, rampant inflation, and the devaluation of the national currency, which have disrupted people’s livelihoods and targeted their souls,” said Mohammad Mehdi Farvardin, a Member of Parliament, on January 19.

These economic and social grievances have caused people to rise up against the real source of their problems, which is the mullahs’ regime. The daily protests in Iran and the major uprising in 2018 and 2019 are testaments to the fact that Iranian society is restive and yearns for freedom.

This society is being attracted to the Iranian Resistance, mainly the People’s Mojahedin Organization of Iran (PMOI/MEK), and this fact has terrified the regime.

“Why don’t they see that in the context of the livelihood crisis, a dangerous and sinister organization is taking root under the skin of the city? Do they not know that the MEK in its networks incites the poor youth to take radical actions against the entire system? When the waves of discontent move and quickly turn out of expectation into a violent storm, there will be no sign [of the regime]. They should consider a bit about the day when the sound of thunderstorms and explosions caused by social unrest led by the MEK sweeps the earth, and, of course, it’s too late to think of any solution,” wrote the state-run Mardom Salari daily on Monday, warning the regime’s rival factions.