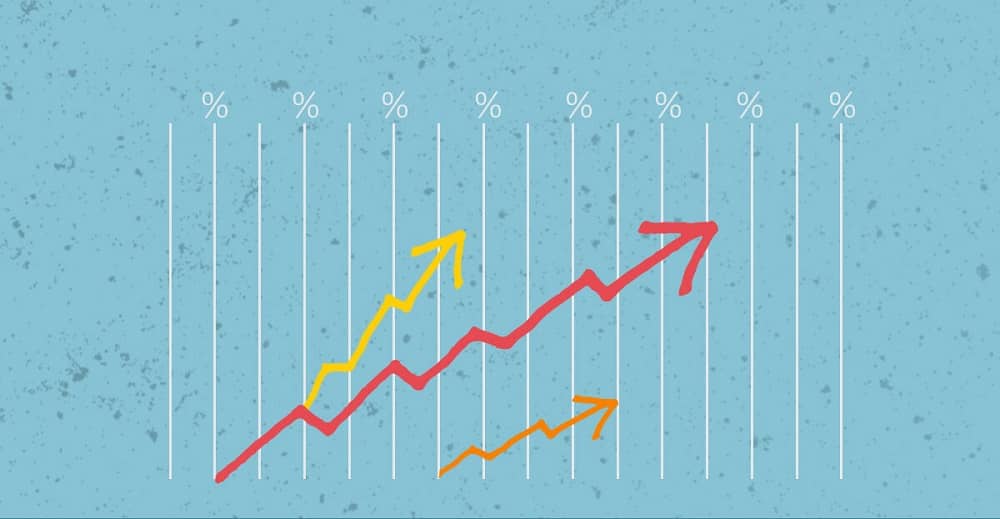 “A study of changes in the consumer price index over the years and the recording of inflation rates above 30% tells us that households in the country lose an average of 20% of their purchasing power every year. The latest estimates from the Statistics Center show that the average inflation rate at the end of June reached 43%,” wrote the state-run Jahan-e Sanat daily on July 3, 2021.

“Comparison of numbers and figures shows that a small food basket is inflated by more than 50%; of the 53 food items selected by the Statistics Center for the report, 41 had inflation points higher than 46.9 %. In May, 37 items had a price change of 46.1% more than the point inflation rate of this month,” the state-run Etemad daily wrote on Sunday.

But the real inflation rate is much higher.

“Some calculations show that the real inflation rate is higher than the figures announced by the Statistics Center because government institutions do not take into account some real market developments in their calculations,” Jahan-e Sanat daily wrote in this regard.

“Ehsan Soltani is one of the experts who believe that the real inflation rate in June was 71%, and this rate has been calculated by realizing the announced statistics and adapting it to the market realities. Considering this announcement rate, we conclude that the announced inflation rate by the Statistics Center is 28% lower than the real inflation,” Jahan-e Sanat daily adds.

Instead of resolving Iran’s economic issue, the regime has always tried to suppress the realities.  The regime’s new president would have no solution to the current situation because the entire establishment is behind the current economic crisis.

“In recent years, the government has either downplayed the inflation rate or tried to suppress it. Thus, the new government will inherit this inflation and face more problems. Yet, the future government cannot suppress the inflation rate because these repressions show themselves somewhere else,” Jahan-e Sanat wrote in this regard, warning regime officials of the consequences of their actions.

Raisi has given bogus promises of economic reform, but how could he realize them?

“Raisi needs sustainable resources to answer people’s needs and fulfill his plans. These resources have either been embezzled or wasted before entering the treasury. The question is, then, how can all those promises be fulfilled without resources amid sanctions?” wrote the state-run Resalat daily on Saturday. Resalat is close to Raisi’s faction.

But, are sanctions the main problem of Iran’s economy?

According to a recent study by Forbes, “The number of millionaires in Iran has exploded despite the country suffering under U.S. sanctions and the Covid-19 pandemic.”

“In 2020, the number of high net worth individuals (HNWIs) in Iran grew by 21.6%, way above the global average of 6.3%. The collective wealth of these dollar millionaires grew even faster at 24.3%,” Forbes adds in its article on June 29.

These individuals are the regime officials and relatives.

“The crucial question is how in a year when a large part of Iranian society is living in poverty, misery, and has a serious conflict with inflation, tens of thousands of people succeeded in attracting such huge capital? How have some people been able to add to their capital in the face of severe U.S. sanctions? Wasn’t due to sanctions, embezzlement, high inflation expectations, and public anxiety?” wrote the state-run Ebtekar daily in this regard on Sunday.

“According to new analyzes, the number of rich and embezzlers in the country has increased in a situation where most Iranians face livelihood challenges. However, these people are using the cycle of corruption in the country,” wrote the state-run Setar-e Sobh on July 4, 2021.

In other words, the Iranian people are suffering due to the regime’s institutionalized corruption, not sanctions.

To understand the level of corruption in Iran under the mullahs’ regime, let’s look at one case of embezzlement.

“30% of the country’s mines will be handed over without auctions,” wrote the state-run Farhikhtegan daily on Sunday.

“Apart from the transfer of 6,000 mines, the next issue is the location of new points for the free trade zone. According to the cadastral maps of the Ministry of Mining Industry and Trade, these new points cover more than 30% of the country’s mining areas. These areas are scheduled to join the free trade zone through a website on July 4, 5, 6, 7, and 9, violating government law. Thus, more than 30% of Iran’s mines will be occupied by the first people who have managed to register in the first seconds of opening the website,” Farhikhtegan adds, quoting Dariush Ismaili, a former Deputy Minister of Industry, Mines and Trade.

The regime has no solution for Iran’s economic crises since it has created them and continues to amplify them. But the economic and social crises have turned the society into a powder keg, which frightens the mullahs’ regime.

“Some people risk their lives by doing border porting and fuel porting. Some people immigrate from Iran. Poverty and unemployment overshadow all Iranian provinces.

“Officials’ Negligence, embezzlement, the inefficiency of the government system, and corruption have caused such suffering and misery for many compatriots. Continuation of this situation, in addition to increasing poverty and helplessness of Iranians, will also have severe security consequences,” Jahan-e Sanat daily warned on Sunday.