Iran’s Economic Crises and Raisi’s Deadlock in Resolving Them 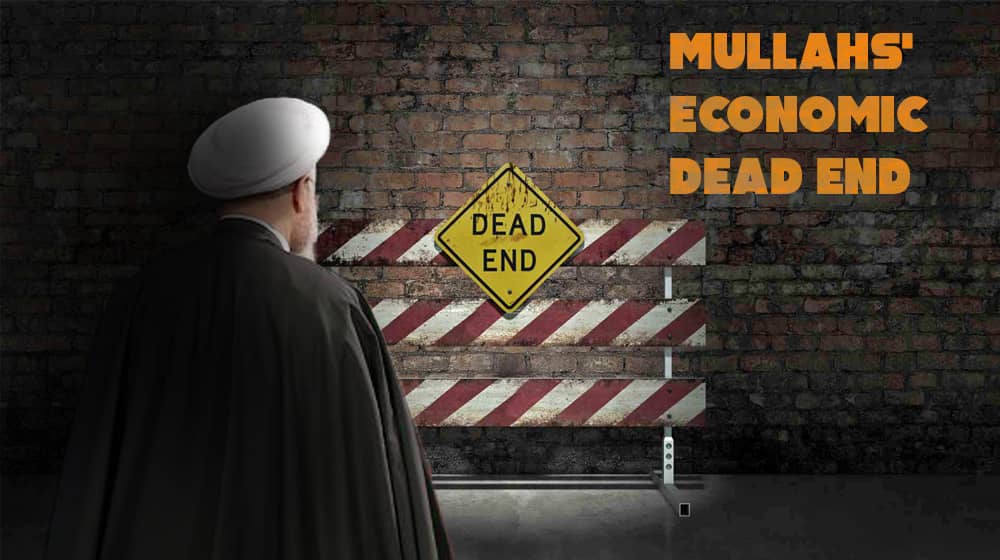 The Iranian regime’s new president Ebrahim Raisi has given empty promises of economic reform. But according to the state-run media and economists, Iran’s economy is “lost,” and the regime cannot fix it.

Towards the end of the 2010s, the regime’s economists acknowledged that the regime had lost a decade, many opportunities vanished, and many economic threats happened. In Iran, under the mullahs’ regime, “the lost decade” means over 50% inflation rate, 3.5 quadrillion tomans of liquidity, high unemployment rate, and zero economic growth.

Official statistics show Iran’s GDP last year at the base price reached about 636 trillion tomans, even less than the GDP in 2011. The index of consumer spending of the private sector, which is a sign of household welfare, this index in 2020 is even lower than the figure recorded in 2010.

Central bank statistics show that the gross fixed capital formation rate in the 2010s has been mostly negative. This means that not only has no new investment been made to produce and create jobs, but even the existing situation has not been maintained.

The total assets of the manufacturing firms have been depreciated, and there has been no replacement. This situation has also shown its fixed capital formation at a negative rate of 4.2 percent. The decline in national income, which reached its lowest level at 29 percent.

These economic indexes show that even economists are unable to resolve Iran’s economic crises. So how could Raisi, with his low level of education, and dark history of human rights violations, resolve these crises.

Most countries that fall into the trap of low economic growth are not able to improve their situation because they do not have the quality of policy-making and have practically distributed nothing but poverty in society.

Recently, Massoud Nilly, one of the regime’s economists, acknowledged that the regime is facing super challenges and cannot resolve them, and it will only worsen.

Nilly referred to the inflation rate following the Iran-Iraq war, which had reached 18.5% in the 2000s, rapidly surpassed 25% in the 2010s, surpassing 40% in recent years. Nilly also refers to Iran’s zero economic growth and acknowledges that the real cause of this situation is the regime’s confrontation with the international system and the cheap consumption of the country’s capital resources by the governments.

He points to several important sectors of the country’s economy that confirm the continuation of economic crises.

Securing this huge cost also requires eliminating other costs, such as the construction budget, which harm investment and economic growth.

“The water crisis is more important than all other super-challenges because it is a matter of life and death for our society. So we have a very big issue called water, which has made a large part of the country uninhabitable. The issue of air pollution and the destruction of forests and natural resources also leave damages.” Massoud Nilly said, referring to another super challenge in Iran.

“Energy faces a major imbalance in the Iranian economy. At present, the consumption trend in our country is continuing at a very fast pace. On the other hand, no investment has been made in the upstream and intermediate sectors of energy. So, we have a big problem called energy,” Massoud Nilly added.

“This is a large set of super-challenges of Iran’s economy, the output of which is high inflation and low economic growth, and a country that is losing its territorial existence, and this is the gift of wrong strategies,” Nilly acknowledges.

In his interview with Tejarat-e Farda on June 30, Massoud Nilly rejects bogus claims of economic reform by Raisi and other regime officials.

“At present, unfortunately, reducing the inflation to about 20% and having an economic growth of about 4% is ambitious for the Iranian economy,” he said adding, “With these general conditions, economic growth of more than 2% and inflation of less than 20% are unrealistic. Do not expect big changes.”

Nilly also underlines that even if sanctions are lifted, Iran’s economic crises will not end.

“The lifting of sanctions would be like fueling Iran’s economy. But this fuel would rapidly end after going a distance, and we should refill the vehicle,” he said.

The facts acknowledged by the regime economists and state-run media only confirm that the real cause of economic crises in Iran is the regime. Therefore, we see daily protests across Iran with people targeting the regime officials for their role in destroying the people’s lives.