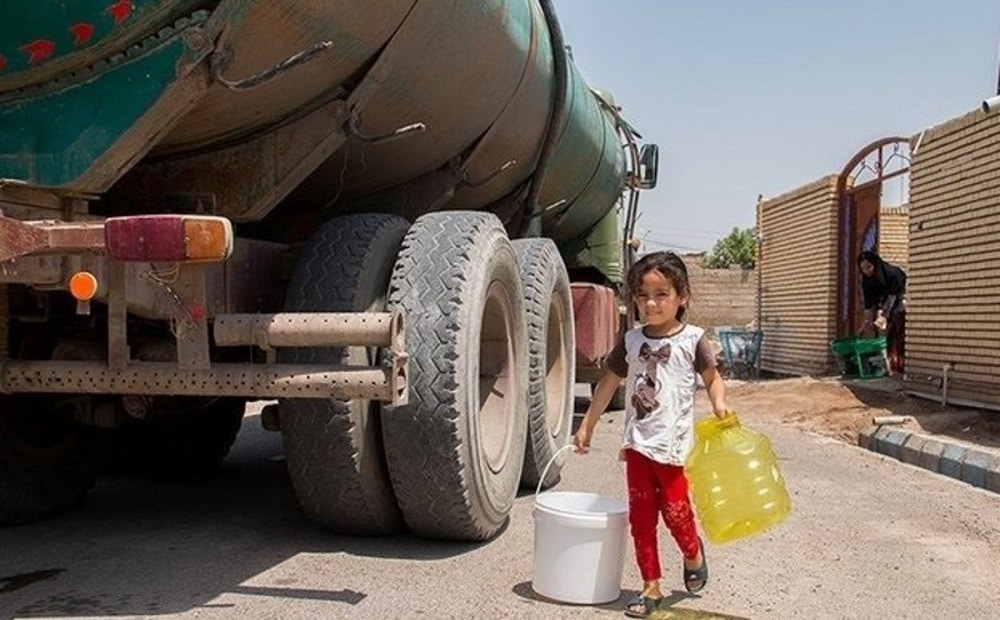 Hamedan and Shahr-e Kord were once considered water-rich provinces, but in recent years locals in these provinces have been suffering from the most dramatic national water crisis.

Blaming invisible elements, sanctions, or “enemies” for all crises which have become the regime’s trademark, doesn’t fool Iranians. The dire situation has compelled Iran’s tightly controlled state media to acknowledge the regime’s failure to blame others.

“Officials neglect their duties vis-à-vis Iranians by using excuses such as sanctions, banking issues, fewer oil exports, and the decrease in the government’s revenues. But five years ago, when there weren’t any sanctions and their crippling effects, officials forgot to help people,” the state-run Etemad daily wrote on August 27.

“Any official who took power in recent years has done nothing but make hollow promises. It has become evident that how much the Iranian people’s rights have been undermined,” the paper acknowledges.

Etemad daily acknowledges the current water crisis in Iran was preventable nearly two decades ago. “According to water experts, the [regime’s] actions were mainly aimed at destroying and wasting underground water resources as the most valuable capital of this land,” the paper admits.

According to Etemad daily, water experts had warned the regime that “The drying up of dozens of Iran’s valuable wetlands, drying 95% of Lake Urmia due to excessive use of aquifers, mismanagement in changing the cultivation pattern, and ignoring the gradual decrease in rainfall” would certainly result in a disaster. Yet, Iranian authorities turned a deaf ear to all these warnings since they immensely profited from building unscientific dams, deforestation for selling wood, and running factories and plants with no use for Iranians.

Hamedan province, which has dozens of ancient Iranian cities and was considered a water-rich province, now suffers from a lack of water due to the regime’s destructive actions.

The water crisis in Shabestar, Shahr-e Kord, Hamedan, and Khuzestan has become intolerable. Long queues in the summer heat to buy a bottle of water for more than 30,000 Tomans is a disaster. Hamedan hospitals are facing a health crisis due to a lack of water.#Iran pic.twitter.com/OtIgojmVsU

What caused the crisis in Hamedan?

Two major factors have resulted in the current situation in Hamedan. The first one is the regime’s collective actions that have led to the drying up of the Ekbatan dam, which supplies Hamedan with water, also destroying the soil.

“The soil has not absorbed the recent torrential rains in many parts of Hamedan, and this problem is caused by heavy manipulations in the mountains. The deforestation to provide fuel and the destruction of pastures have created the current situation. Therefore, the water is not stored enough in Ekbatan Dam,” the state-run Resalat daily wrote in this regard on August 28.

“Besides, mining activities are also very destructive, mostly worthless, and stopping them wouldn’t affect the national economy. But since a few [officials] benefit from this issue, we should lose the soil that could absorb water.”

Another factor that has resulted in the current water crisis in Hamedan is the existence of the “Mofateh” thermal power plant. Built 27 years ago, this power plant seriously damages the environment.

On February 16, 2019, the semi-official ISNA News Agency revealed some negative impacts of the Mofateh power plant.

“Mofateh thermal power plant, built 22 years ago in the northeast of Hamedan city, in addition to using the underground water of the Famenin Plain and the natural decrease of the underground water level in the region, has created 25 sinkholes around it. Besides, releasing its sewage to the surrounding farms has caused soil salinity and reduced crops around it,” ISNA acknowledged.

In 2013, Iran’s state media warned about the negative effects of this power plant on the environment, but regime officials decided to ignore these warnings.

“This complex needs about 10 to 11 million cubic meters of water annually to cool its towers, thus supplying its water from 20 wells dug for it. This could cause a water crisis in Hamedan province in the future,” the state-run Mehr News Agency, an outlet linked to the regime’s Ministry of Intelligence, acknowledged on December 7, 2013.

The wells used to supply this thermal power plant are in the Kabudar Ahang plains, once considered the province’s natural reserve of aquifers.

According to a 2010 study published on the Springer Link, Kabudar Ahang plains’ aquifers have limestone bedrock at their base of a thick cohesive alluvial. The high purity of limestone, considerable porosity and numerous joints and fractures favor high karstification of the limestone.

“Overexploitation of groundwater during the last decades created a significant drawdown in the aquifer water table,” the study adds.

Moftaheh devours Hamedan’s water reserves, while due to lack of rain in recent years, Kabudar Ahang plains’ aquifers were also used to supply the province with water. Therefore, there is no long-term solution for the current water crisis in Hamedan as the water resources are quickly drying up.

The current crisis in Hamedan and how the regime has aggravated is just the tip of the iceberg. It is only one example of the Iranian regime’s devastating policies.