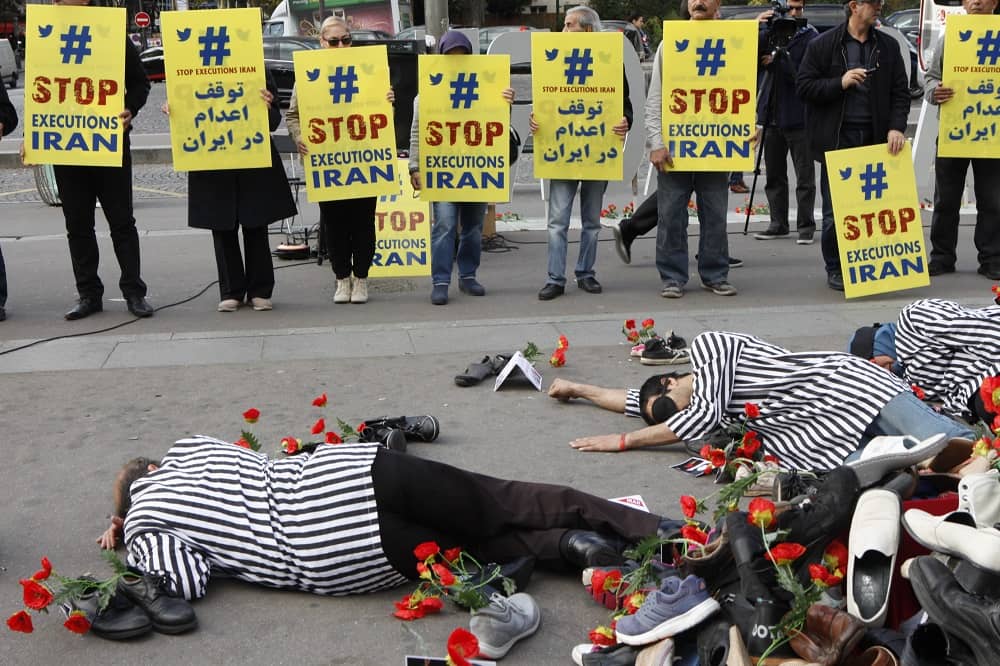 August 30 marks the International Day of the Disappeared, trying to draw attention to the fate of individuals imprisoned or perished unbeknownst to their relatives and loved ones.

Today’s event took me back to the dark days of July and August 1988 in the Gohardasht prison and my last visit with my older brother Reza. We were both arrested in 1981 for supporting the People’s Mojahedin Organization of Iran (PMOI/MEK). I will never forget the hours of interrogation and torture Reza and I, along with tens of thousands of MEK supporters, went through in the 1980s. I was promptly sentenced to 11 years in prison, and I went on to serve a sentence in its entirety.

We were arrested, and our relatives were not allowed to visit us for years.

We were under tremendous pressure, but our decision to fight for our country’s freedom from the clutches of the ruling theocracy kept us hopeful for the future.

I was overwhelmed with joy when I first met Reza after some years of being separated from him and being in another prison. Little did I know that this happiness was short-lived. In 1988, seven years into his sentence, my brother was killed as part of the regime’s nationwide massacre of political prisoners.

Reza, along with tens of thousands of prisoners across Iran, had their sentences suddenly and arbitrarily upgraded to death sentences by the “death commissions” assembled in response to a fatwa from the regime’s founder, Ruhollah Khomeini, to exterminate the MEK.

Reza and I were in Gohardasht prison, where Tehran’s “Death Commission” sealed the fate of Reza and my friends and cellmates in a few minutes, after making sure they still supported the MEK. I was taken to this committee days after Reza’s execution and enquired about him; I was told he was hanged.

Years later, in 2020, I had to share my painful memories during the trial of Hamid Noury, a prison official and an executioner who worked in Gohardasht. His trial location was transferred from Sweden to Albania to hear the testimony of seven survivors of the 1988 massacre, including me, who are members of the MEK and continue our struggle for freedom in the organization’s compound in Ashraf 3 near Tirana.

Noury, who was arrested in 2019 in Sweden upon his landing, was sentenced to life imprisonment in July 2022, around the same time the 1988 genocide began across Iran.

His conviction indeed filled all of us with joy and jubilation and was a landmark victory for the “Justice Seeking Movement for the 1988 Massacre Victims,” which the Iranian Resistance has been zealously continuing for the past three decades. But we have a long way to go.

Today we honor those fallen heroes and heroines who gave up their lives in 1988, but it seeing criminals who played major roles in the 1988 genocide holding high positions deeply hurts us. One of these criminals, Ebrahim Raisi, became the regime’s president in June 2021.

His presidency once again showed the grim face of impunity in Iran, allowing criminals like Raisi, who sat on Tehran’s “Death Commission,” to hold top positions. This impunity has allowed the regime to continue its killing spree, such as gunning down over 1500 innocent protesters in November 2019 and holding the world’s record in terms of executions per capita.

What adds salt to the deep wounds of all the regime’s victims is the international community’s approach toward the regime and Raisi. Raisi represents the genocidal regime in Tehran, not the Iranian people and our beautiful country.

Raisi has planned to travel to the United States to participate in the United Nations General Assembly. Giving this thug a chance to read his hate speech is a disgrace to the free world. The U.S. government should not grant Raisi a visa. Instead, the U.N. and U.S. should open an inquiry into the 1988 massacre and hold all the perpetrators, including Raisi, accountable.

Criminals who caused the enforced disappearance of my brother and many more should know that they cannot escape justice anymore.