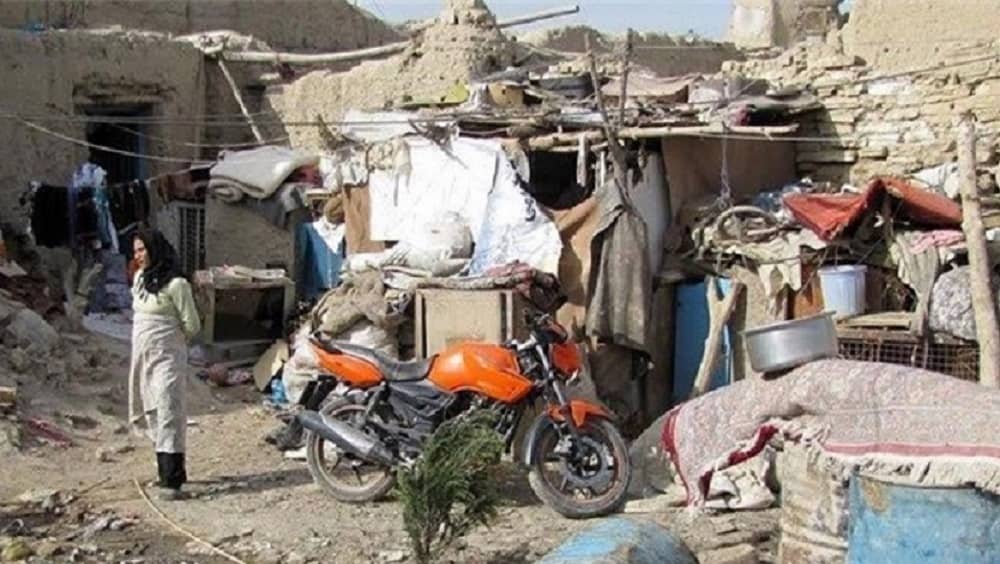 On Friday, January 21, Dr. Javad Safari, a retired university lecturer, committed suicide due to financial difficulties and after not receiving his pension for months.  His tragic death once again highlights how the Iranian regime’s plunder and corruption have devastated people’s lives.

Meanwhile, news broke out that in November, Hojat Abdolmaleki, the regime’s Minister of Cooperatives, Labor, and Social Welfare, has “donated” 60 billion rials (roughly $1.5M USD) to a TV game show.  Abdolmaleki’s ministry controls Iran’s Social Security Organization, National Pension Organization, Social Security Investment Company (Shasta). The fate of Dr. Javad Safari, his family, and other Iranian pensioners is in the hands of the likes of Abdolmaleki.

In a letter to Abdolmaleki, Ali Foroughi, the director of state-run Channel 3 TV, asked for a 480 billion rials investment for making 780 episodes of the “Square” contest. In less than 24 hours, Abdolmaleki approved the funding request.

The so-called “donation” caused a lot of stir in Iran’s state media. Many outlets sarcastically asked if Abdolmaleki is a minister or the “ATM of his friends on TV.”

Reacting to the news, Javad Hosseini Kia, one of the regime’s members of parliament, blatantly claimed, “These numbers (are) nothing.”  “The government contributes about 100 to 150 billion rials to pension funds every month,” he told the state-run Entekhab website on January 18.

Hosseini Kia’s brazen claims stand in stark contrast to Iranian pensioners’ current deplorable financial situation and their daily protests as a result of their poor living conditions and unpaid wages.

Due to the regime’s corruption and ineptitude, Iranians’ living standards have significantly diminished, and poverty ravages their lives. Everyone except the regime’s functionaries is feeling the pain.

Decades of corruption and mismanagement, coupled with Tehran’s hostilities toward the international community, have caused the national currency to plunge from 43,000 rials to a US dollar to 280,100 this week at the open market. Meanwhile, everything from rent to clothing prices is based on the dollar because most raw materials are imported.  So people are spending much more of their incomes on much less.

Regime Affiliated Economist: Of Iran’s People Are Under Poverty Line

The minimum pension of the Iranian retirees hovers around 50,000 million rials or $177. Thus, Abdolmaleki’s “generous donation” equals the pension of nearly one thousand Iranians.

It is worth noting that the regime’s so-called “Islamic Republic of Iran Broadcasting (IRIB)” receives a 30,000 trillion rials budget for producing its “TV programs,” including the aforementioned game show. Besides, Iran’s state TV earns a considerable profit from commercials. The IRIB is also part of the regime’s intelligence establishment because it spreads propaganda through films and TV programs.

Born in 1981, Abdolmaleki is one of the regime president Ebrahim Raisi’s “young and Hezbollahi” ministers, who has attained his current position despite having no executive background. He had previously worked in the state-run TV as a showman, most recently hosting the “Square” game show.

This is a result of appointing an inept individual like Abdolmaleki to a ministry that decides the financial fate of over 55 million Iranians, including workers and government employees. Iran’s Ministry of Cooperatives, Labor, and Social Welfare has 11 general managers in each province, and some of its subsidiaries, such as the Welfare Organization, the Social Security Organization, the National Pension Fund, or the Social Security Pension Fund, operate much like separate ministries.

Raisi’s government has refused to even mention its 30,000 trillion rials debt to the Social Security Organization in the 2022-2023 budget plan.  Instead, by increasing the retirement age and calculating pensions on the basis of the average salary of the last three years of employment,  Raisi’s government will dig deeper into people’s pockets. As a result, the Iranian workers’ and employees’ hard work for three decades vanishes into thin air.

“The government does not consider the Social Security Organization a public, non-governmental organization but a subset of the Ministry of Labor. So why should the government consider itself obliged to pay the debt to this organization in the budget?” wrote the state-run ILNA on January 16.

The previous government of Hassan Rouhani put up for sale eight billion shares of Social Security Investment Company or Shasta at the Tehran Stock Exchange (TSE) on April 13, 2020.  Workers and retirees own Shasta, but its CEO and board of directors are appointed by the Minister of Cooperatives, Labor, and Social Welfare. In other words, the real owners do not have any say on how the entity operates. Rouhani’s government owed 250,000 trillion rials in debt to Shasta.

Ordinary Iranians cannot even earn a decent living. So, only those affiliated with the regime could purchase shares of Shasta. The so-called “private sector,” or the Revolutionary Guards (IRGC), took the ownership of Shasta, not poor Iranian workers.

Previously, the Haft Tappeh Sugarcane factory in Khuzestan Province and HEPCO Company in Arak were subjected to “privatization,” and as a result, went bankrupt.  Both HEPCO and Haft Tappeh were once flourishing factories employing thousands of workers.

Another example is the Mazandaran textile factory, Iran’s largest textile conglomerate. On January 25, the state-run Khan-e Melat website, the parliamentary bulletin, quoted Keyvan Moradian, an MP from Mazandaran province, as saying, “In 2009, the factory was handed over to a foreign investor by Melli Bank for one billion dollars. The buyer had to invest 130 million euros in upgrading the factory by installing modern European equipment and creating at least two thousand jobs in the first phase within two years in exchange for the transfer. But today, 13 years later, there is nothing left from the 130 million euros or 2,000 jobs, and the factory hardly operates with less than 400 employees and has worn-out machinery.”

These facts confirm that the root of Iran’s wretched economic crisis lies in the regime’s institutionalized corruption. Iranians chanted during their daily protests, “only on the street can we achieve our rights.” In other words, they consider the regime as the only source of their grim financial situation. The public anger over unemployment, economic anxiety, and corruption has emerged as a potentially existential threat to the regime because Iranians have realized that the only way to end all such crises is to topple the ruling kleptocracy.