Written by Shamsi Saadati
1st May 2019 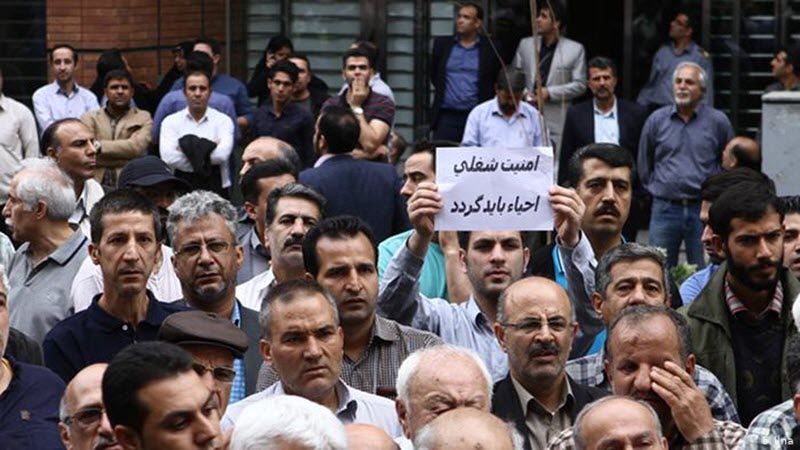 Grim working conditions in Iran mean that International Labour Day is more important than ever. The vast majority of workers in Iran labour in conditions that don’t comply with any international norms or standards, while their most basic rights are systematically violated.

Worse still, the ongoing economic crisis in Iran has pushed the incredible pressures squarely onto the backs of the workers, with many employees having not been paid in months or even a year.

The pitiful wages cover only 28% of workers’ basic needs (i.e. shelter, food, clothing), according to the assistant head of the East Azerbaijan Coordination Center for Islamic Labor Councils, which means that many have to take out high-interest loans, sell organs, or even set themselves on fire to escape the crushing financing problems.

Faramarz Tofighi, a regime official, said that 80% of workers are living beyond the “death line”, which means that more workers are now below the absolute poverty line and cannot even afford necessities like food. With prices of good rising by the day, some people are going to desperate lengths to get enough to eat.

Due to the lack of laws protecting workers’ rights, it is harder for employees to get help, which is why they protest and strike for their rights.

Labour activist Abdollah Vatankhah said: “The laws do not protect the working class and the government refuses to take responsibility and has abandoned us… Policies such as privatization have destroyed our lives. Workers have been abandoned. Such actions will cause workers to cry out and protest.”

For example, the High Insurance Council recently excluded foreign chemotherapy drugs from Iran’s health insurance, which endangers the lives of those who cannot afford to pay for them out of pocket. The cost of these drugs can be around two-and-a-half times the averages months’ wages in Iran.

The Iranian workers know that their oppression is a direct consequence of the mullahs’ rule, which is why when they’ve taken to the streets to demand their lost wages, they’ve also been calling for the end of the Regime. (In 2018 alone, workers staged over 1,865 protests.) This is why the Regime has been cracking down on protesters and arrested dozens of labour activists and trade unionists including:

• Secretary of the Board of the Free Workers Trade Union, Jafar Azimzadeh