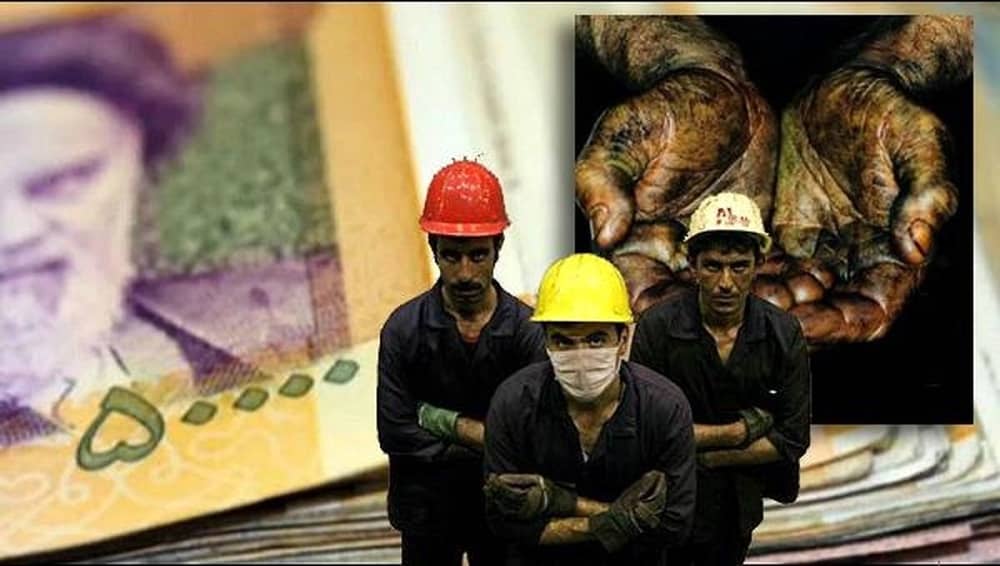 On Tuesday, an Iranian worker self-immolated due to his poor living condition. His tragic suicide reflects the deplorable state of Iranian workers.

According to the state-run ILNA news agency on May 25, “Saeed Farhadi set himself on fire in public because of his poor living conditions. Doctors at Dehdasht Hospital later announced his body had 70% burns.  He takes his last breaths, only for not receiving his wages.”

Farhadi’s suicide happened after weeks of protests by contract workers of the Sewage and Water department in Kohgiloyeh and Boyerahmad province. The regime deprives these workers of their salaries while prices skyrocket in Iran, leaving millions of Iranians in abject poverty.

“The Water Department’s contract workers usually receive their salaries after months of delay. The governor confirmed workers held protests in recent days. But these demonstrations have been going on for at least two years. There were some protests by these workers in early 2015,” ILNA adds.

According to ILNA, “Officials refuse to answer workers’ demands and only change the manager, not the contractor.”

Farhadi’s suicide and protests by poor contract workers in Kohgiloyeh and Boyerahmad only show the tip of an iceberg. All Iranian workers suffer from the absence of job security and low wages and are deprived of having a syndicate.

As ILNA acknowledged, workers deprived of their fundamental rights “only have one option: use their bodies. Their tired bodies burn in the fire of poverty, and there is no way back. They die, but the pain spreads and gets institutionalized in society.”

There have been a dozen more cases of self-immolation in recent months. On May 24, another worker in Golestan province, northern Iran, set himself on fire. The victim, Hamid Shahini, was laid off after 20 years of experience in Golestan’s Tobacco Factory.

“In a system where job security is lost, and structural adjustment prevails, the workers lose their rights. When food prices rise rapidly, and the worker is unable to make ends meet with a meager wage, deprived of their fundamental rights, or of the ability form trade unions, they engage in painful tasks such as self-immolation,” ILNA wrote, quoting Nasser Aghajari, a so-called labor activist.

Protests erupted across Iran due to the regime’s so-called “economic surgery.” In a nutshell, Ebrahim Raisi’s government removed the official exchange rate used to import essential goods such as wheat, flour, and medicine. This decision caused prices to soar rapidly and means that people will lose their ability to purchase essential consumer goods while the regime will earn nearly billions of dollars.

The regime’s misguided economic decisions, ineptitude, and corruption have plunged Iran’s economy further into the swamp of misery, affecting the lives of millions of Iranians. With their low income of nearly 40 million rials, almost $131 per free market exchange rate, workers suffer the most from seemingly ever-rising prices.

“Increasing the price of a 4 kg can of oil to about 4,000,000 rials affects all people with any income, and the government should further support the lower deciles of society,” ILNA wrote in this regard on May 26.

Following recent protests by people from all walks of life, Raisi’s government promised to give 4,000,000 rials to so-called “help” Iranians. With the current skyrocketing prices, this amount wouldn’t be of m much help to the vast majority of the people. Besides, since the regime lacks sufficient funds, it must print banknotes. The unsupported banknote printing causes liquidity growth and, ultimately, inflation.  In addition, Raisi’s government allows the import of goods at the free-market exchange rate, so the meager subsidies people receive wouldn’t even allow them to purchase their basic needs.

As a result, he not only fails to help Iranians but digs his hands deeper into their pockets.

Iranians have made it clear that they do not fall for the regime’s plans and their recent protests are testament to this fact. The two-week-long demonstrations were the broadest display of a volatile society. ILNA confirmed this fact in its article on May 26. “People, mainly workers, and retirees, no longer tolerate the soaring prices and inflation. Officials have not responded to people’s demands, so people have lost patience.”

On May 26, the state-run Mehr news agency published an article that it quickly deleted, warning officials about the regime’s “inevitable downfall.” This article inadvertently acknowledged people’s hatred toward the regime’s supreme leader Ali Khamenei, and how much they despise the mullahs’ institutionalized corruption.

“Officials have long forgotten they ought to serve people. Thus, we are on the brink, and our wrongheaded decisions come with a price. After the news of corruption in the Supreme Leader’s inner circle became public, the protests due to living conditions continued to spread. Even security forces are unsatisfied, as they must face their family members or friends in protests. The time has come for those ruling the country for 33 years [Khamenei] to step down, and others take the lead,” the article reads.

Previous articleIran: Angry People of Abadan Protest Burying People Alive Under the Rubble of the Metropolitan Building
Next articleCongratulations to the Relatives of the Victims of the Ukrainian Plane Crash