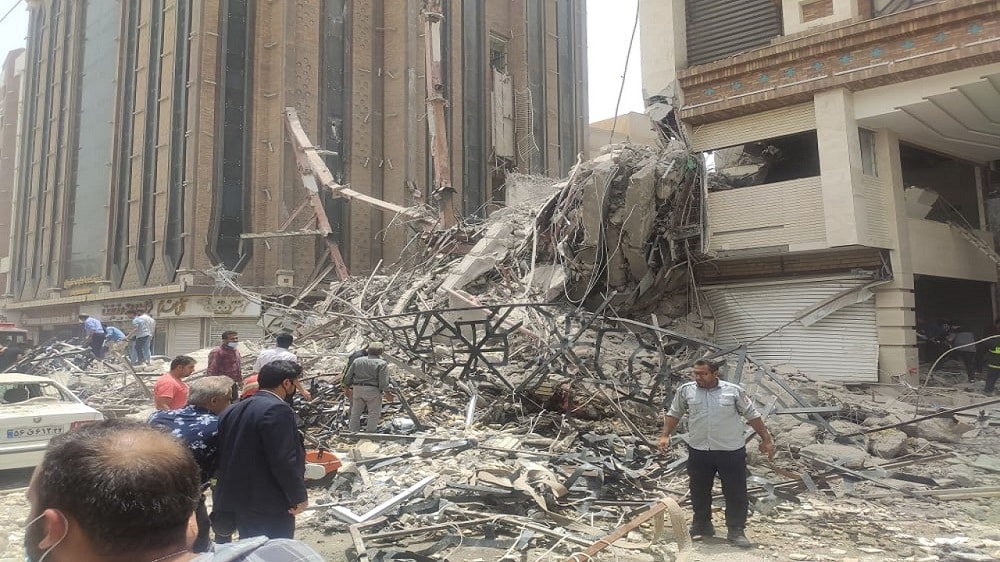 Protesters Chanted: “People of Abadan, Rise Up; Your Brother Was Killed,” “Guns, Tanks Are No Longer Effective, Mullahs Must Go,” “Death to the Dictator,” “Raisi, Shame on You, Leave the Country Alone”

Forty-eight hours after the catastrophic collapse of the 10-story metropolitan tower in Abadan, the death toll rose to 16, according to the state media, on Wednesday, May 25. While some residents are still trapped under the rubble, the clerical regime has dispatched repressive Special Units to the scene instead of sending rescue teams in fear of people’s protests. Furious at the regime’s inaction in rescuing those still under rubbles, the aggrieved and angry people of Abadan chanted, “Death to the dictator,” “Raisi, shame on you, leave the country alone,” “Guns, tanks are no longer effective, will no longer work, mullahs must go,” “Our enemy is here, they lie saying it’s America,” “Our disgrace, our disgrace, our radio and television”, and “Mullahs get lost.” Pointing at the state-run Radio and TV’s censorship of the news, they also chanted, “Shame on the state-run Radio and TV).”