Is Iran’s Economic Nosedive Due to Sanctions or Corruption and Funding Terrorism? 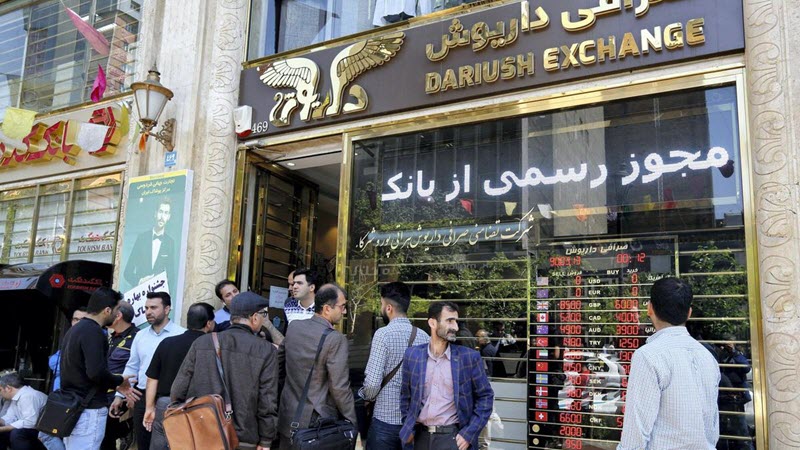 Supreme Leader of Iran Ali Khamenei said on November 14, during a meeting with Iranian athletes, that Iran’s economic problems would be solved if “the national capacities are used properly”.

This is entirely correct, if Iran’s wealth was used properly to hire nurses, pay teachers, and provide food to the poor, it would solve Iran’s problems.

However, the Iranian Regime is content to divert any money that they have towards their own bank accounts or towards war and terrorism across the Middle East, so that’s not what Khamenei was promising to do. He likely only made these comments in order to appease the Iranian business leaders, in line with President Hassan Rouhani’s previous pledge to paint a positive outlook even when there isn’t one, although that is unlikely to work.

Khamenei had earlier met with representatives of the private sector and Ali Aghamohammadi, chief of the economic group, to discuss unemployment, economic recession, and the general business climate. During that meeting, Masoud Khansari, Tehran’s Chamber of Trade chief, said that the economic climate is like a “noose” and that the Regime’s inaction was one of the biggest weaknesses, while Ali Sanginian, chief of the money market and investment commission in Tehran’s chamber of trade, said Iranian “banks are not optimistic about the promised EU financial channel becoming operational”.

Even the state-run Iranian media is admitting that Iran in “very difficult situation” with “many limitations”.

Of course, many Iranian officials are still clinging to the hope of the EU Special Purpose Vehicle, which is designed to circumvent US sanctions on Iran by using a bartering system, but is looking less and less likely to ever be implemented due to technical and logistical difficulties, as well as the fact that it actually violates the sanctions.
Javad Zarif, the regime’s foreign minister, Kamal Kharazi, former Iranian foreign minister and foreign policy advisor to Khamenei, and Mohammad Hassannejad, a member of the economic commission in the Iranian parliament, have all pleaded for the SPV’s introduction, but they are wasting their breath.

European companies are pulling out by the day and most countries have cut their oil imports from Iran. It’s too late for the SPV to save Iran.

This economic crisis could soon lead to a political one, with strikes and protests in Iran only growing.

Previous articleRouhani Acknowledges Poor Living Conditions of Iranians
Next articleIran: Courageous Strike and Demonstration of Workers Against the Clerical Regime