Most land violations committed by managers and MPs 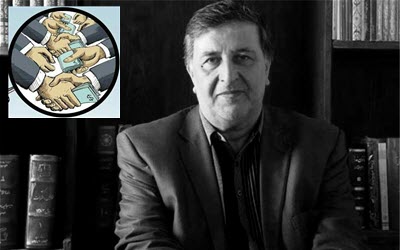 NCRI – According to a member of the Department of Combating Economic Corruption, most violations in relation to housing in natural resource lands have been committed by ‘managers and members of Parliament’. According to Tasnim news agency on Wednesday October 19, Ezzatollah Yousefian has said in a TV Program called ‘Titr’ that “there are managers in Tehran who by forming a housing co-operative have been engaged in housing by the sea in Anzali.”

He asked the Ministry of Agriculture to announce the names of those to whom the ministry has given building permits so that the issue be further clarified. The member of Parliament stated that “the land-use of 90 percent of the lands surrounding Tehran has been changed by housing co-operatives.“ He added: “most violations related to housing and land-use change of natural resource lands have been committed by managers and members of Parliament.” Although he didn’t reveal any names but demanded that the names of bank debtors involved in the land violations be revealed in case their verdicts are final. Yousefian added: “(I know) someone who has overdue bank debts and assumes that his name will not be revealed, but he will be brought to his knees if his name is made public as a bank debtor.” He then pointed to “someone with 100 billion Tomans in bank debt whose name no one knows.” Member of the Department of Combating Economic Corruption also complained about banks’ non-cooperation with the department and said: “some banks are avoiding any possible consequences while some others have been involved in granting loans and are not putting any pressure on their debtors.”

Yousefian added: “we have received documented reports that the banks advise their debtors to pay three or four installments so that their names be pulled out of the black list.”
Also in connection with the same issue, the Secretary of the Department of Combating Economic Corruption has pointed to 100,000 billion Tomans of bank debts and said “we already know the names of big bank debtors and we will make those names public if allowed.” In his interview with the News Network’s ‘Titr’ program, Kazem Palizdar expressed his pleasure over the fact that the amount of 100,000 billion Tomans of bank debts has not been increased in the past few years.

According to the Secretary of the Department of Combating Economic Corruption “ some facilities which are now turned into banks’ claims were not supposed to be ever repaid.” He also pointed to unlawful possession of lands later in his interview and stated that “having ten different authorized organizations in this regard is one of the judiciary’s problems in dealing with this issue.” Palizdar added: “administrators of rural districts, village councils, governors, Ministry of Agriculture, Ministry of Housing and Urban Development, Housing Foundation, and some other ogranizations have the authority to give construction permits whereas none of them are in line with one another in this regard.” He stressed on the need for a cooperation between these organizations in giving housing permits and pointed to a lack of transparency as well as a legal vacuum in regard to land-use, as two major problems in dealing with the phenomenon of unlawful possession of lands. The Secretary of the Department of Combating Economic Corruption added: “ we cannot deal with the constructions as it is going to have a lot of consequences, including social consequences.”

Unlawful possession of lands, seas, and mountains has turned into a real challenge in Iran. Some officials and environmentalists believe that the main factors in incidence of these issues are lack of supervision on indiscriminate constructions, lack of a transparent management, wrong ways of generating revenue by municipalities and indiscriminate issuance of various permits by some organizations.