Nowruz Approaches in Iran, Bereft of Its Splendor 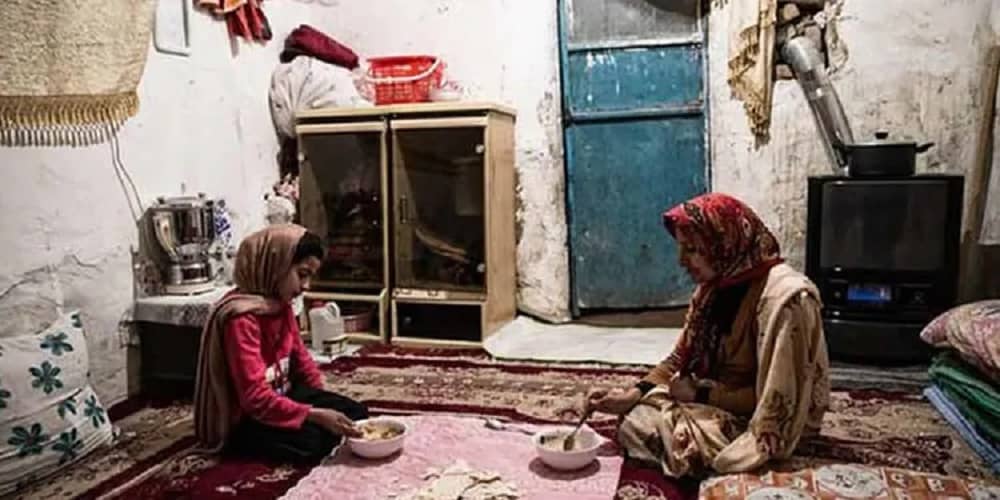 March 20 marks the beginning of the Persian New Year of 1401, known as “Nowruz,” or the new day. Indeed, it will be a new day for Iranians, with more economic calamities than yesterday.

Unlike what the Iranian regime’s apologists are trying to imply Nowruz, with its splendid festivities, is no longer a harbinger of joy and jubilation for Iranians because of the disastrous policies of the mullahs’ regime. People cannot honor the traditions of their most important national celebration; parents cannot buy any gifts for their children, nor can they invite relatives over, or set up their colorful “Haft Sin (Seven ‘S’)” Table.

“Most people cannot afford to buy what they need on the eve of Nowruz. They cannot buy clothing, food, home equipment, etc. This situation provides the clear image of spreading poverty, increasing social distances, and people’s declining purchasing power,” the state-run Etemad daily wrote on March 15.

Telling the story of people having tough times during the country’s economic crunch, primarily before Nowruz, but refusing to offer any solution has been the common subject of Iran’s tightly controlled state media.

News and footage from Iran show people “window shopping” on the eve of Nowruz. “It is enough to visit shops briefly. You would see many families and individuals window shopping and look with envy at skyrocketing prices and the nice yet expensive items,” Etemad daily added.

“Those officials who speak of eradicating poverty in two weeks should visit the market and see the visibly disturbed and ashamed eyes of those parents, whose share from the bustling market is their children’s envy and their own increasing rage,” Etemad daily wrote, mocking Raisi’s hollow promises while referring to people’s outpouring of anger due to their increasing financial woes.

For centuries, Iranians have tried to honor their traditions in Nowruz. One of these traditions is serving the Persian dish of “Sabzi-Polo ba Mahi,” or fish with rice and vegetables, which symbolized the everlasting search for peace and love hours after the spring equinox. Now, with millions under the poverty line, Iranians could only dream of that traditional dish.

“The costs of celebrating Nowruz for a family of four with average to low income have increased, preventing people from obtaining their basic needs,” the state-run Arman-e Meli daily acknowledged on March 17.

“People could hardly purchase one of each fruit,” the state-run Tejaratnews reported on March 13.

“It seems that people cannot buy fruit. They buy single pieces of fruit. People’s plummeting purchasing power has not only removed the fruit from their food baskets, but also poultry, red meat, and rice,” Tejaratnews quoted Mostafa Daraienejad, head of Tehran’s Nuts and fruit sellers’ union.

“A family of four must pay 900,000 rials for a kilo of rice and 900,000 rials for a single fish. In addition to other expenses, such as vegetables, drinks, and setting up the Haft Sin, they need to pay at least four to five million rials to have a traditional Persian dish of Nowruz,” Arman-e Meli article wrote on March 17.

The situation is even worse in remote areas in Iran. “The situation is highly different in places with a more poor population. Locals not only avoid purchasing nuts, fruit, and sweets, they hardly try to make a meager living. Meanwhile, shop owners in those areas are trying desperately to keep there from failing,” the state-run Baharnews website acknowledged on March 18.

Recently, Raisi’s government made a great deal of fanfare about raising salaries and giving New Year’s bonuses to workers and government employees. But, state-run media admitted that these claims were hollow.

In other words, workers’ salary increases by 20 million rials, and they earn around $8 a day.

“Research indicates that increasing wages do not affect production costs,” the state-run ILNA News Agency reported on March 13, underlining that the food basket costs around “90 million rials,” leaving all workers below the poverty line and not improving Iran’s crippled economy.

“In a country where the consumer basket of the lower classes is limited to necessities of life due to chronic poverty, an increase in the minimum wage, in the absence of economic growth and prosperity that has increased the production and import costs of these basic goods, injects massive inflation to the country’s economy,” Donayay-e Eghtesad daily quoted Hossein Selahvarzi, Vice President of the Iran Chamber of Commerce on March 17, adding that “Thus, the cost of people’s minimum necessities and inflation skyrocket.”

According to this official, “announcing a minimum wage that has no impact on economic growth, has become the governments’ maneuver to claim they are sensitive about people’s fate.”

“These pathetic plays do not positively affect workers’ lives. These decisions come at an extremely high price for Iranians who must deal with the soaring inflation and unemployment,” he acknowledged.

Besides, news from Iran indicates that regime officials refuse to pay the so-called “official minimum wages and bonuses” to the workers.

“We have not received our Nowruz and other bonuses for the last 14 years, and we have nowhere to go,” ILNA quoted municipality workers of Iranshahr in southeast Iran, as saying

“Refusing to pay municipality workers’ wages is not limited to Iranshahr. There are many reports of frequent complaints by workers in different municipalities of the country who, despite reaching the end of the year, have not yet received their wages and bonuses. The end of the year and the expiration of the employment contracts, allow the municipalities to refuse to pay the poor workers,” ILNA acknowledged in its article on March 16.

“Not having a salary is painful. But the pain doubles on New Year’s Eve, as the family awaits its breadwinner to buy them new clothes and fresh food. Thus, workers experience another bitter Nowruz,” ILNA adds.

The obvious question is, “why do Iranians, sitting on an ocean of oil and gas, have to suffer this much?”

The short answer lies in the regime’s corruption, ineptitude, mismanagement, and squandering national wealth on terrorism.

Recently, the state-run media acknowledged a corruption case in the oil sector, worth around half a billion dollars, which is many times more than workers’ meager salaries.

“The contract for the development, production, and exploration of the oil field of South Pars field worth $ 500 million was signed on Tuesday, but the company’s name was not announced. There is new information about the company: It is an anonymous company called ‘Avant-Garde.’ It has taken over the development of this field under a 20-year contract. A google search of the company’s name shows that the company, which now owns the 20-year-old South Pars oil field, does not exist,” the state-run Mardom Salarie daily acknowledged amid regime’s increasing infighting on March 18.

Iran’s crippled economy has turned society into a powder keg. The ongoing protests by people from all walks of life, who blame the regime for making their lives miserable, are testaments to this fact.

“Every day in the last few months, we have seen protests by at least a segment of society. Teachers and pensioners are among those citizens who have been protesting their poor livelihoods. This is true for people from other walks of life,” the state-run Arman-e Meli daily wrote on March 9.

Fearing public anger over a bankrupt economy, state media and officials have warned about another uprising and the ultimate explosion of dissent in Iran’s volatile society.

“People cannot tolerate this situation any longer. If the current circumstance continues, we will see a social explosion this year, if not next year!” Arman-e Meli warned.

Previous articleIRAN: Offering Concessions to the Mullahs to the Detriment of the Iranian People
Next articleIran: Torching Portraits of Khomeini, Khamenei, and Qassem Soleimani on the Eve of Persian New Year