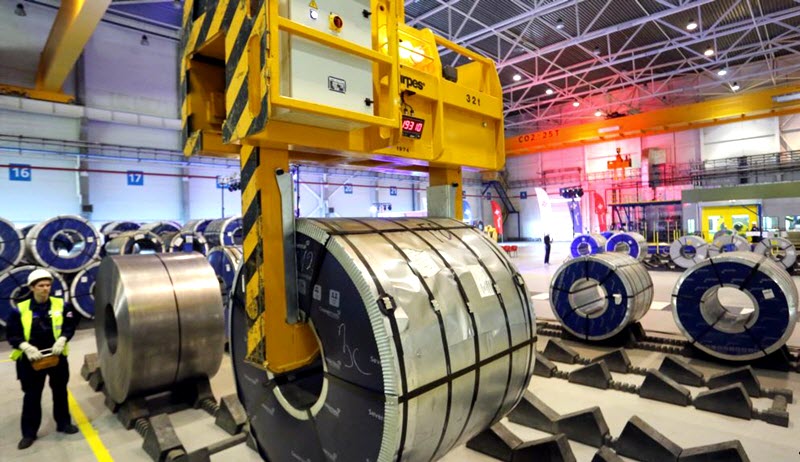 Russia and Kazakhstan are starting to cut back their sales of hot-rolled steel coils to Iran as a result of incoming US sanctions on the Iranian Regime, according to steel traders.

The hot-rolled steel coils imported from Russia and Kazakhstan, which are used in various industries from motoring to electronics to farming, were being shipped to Iran by Russia’s Severstal and MMK and Kazakhstan’s ArcelorMittal CIS.

They don’t make up a substantial area of imports, were already beginning to slow because of low prices and weak demand, and can easily be replaced, but that’s not why this news is important.

This new development shows that companies in the countries are unwilling to risk unilateral US sanctions, despite comments from the Kremlin that the sanctions should not affect Russian companies.

While Severstal and MMK declined to comment, ArcelorMittal CIS was willing to talk.

Alex Agoureev, an adviser to Paramjit Kahlon, the CEO of ArcelorMittal CIS, confirmed that the company was suspending supplies to Iran due to the US sanctions, something already speculated on by an anonymous Iranian trader about all three companies.

Agoureev said: “Supplies to Iran will be temporarily suspended due to the sanctions. Once sanctions are lifted, the supplies will be resumed.”

Interestingly, the same thing is happening in Europe, with many companies pledging to cut ties with Iran rather than face US sanctions, despite promises by their own governments to protect them from sanctions.
Why are sanctions being reimposed?

Trump pulled the US out of the international nuclear accord, otherwise known as the Joint Comprehensive Plan of Action (JCPOA), in May and announced that tough economic sanctions would be reimposed on Iran from August.

August 6 marks the end of the 90-day “wind-down” period, when US sanctions on Iran’s financial markets as well as trade in gold, precious metals, automobiles, and graphite, come into place.

On November 4, more sanctions will return on Iran’s oil industry and the US has started to warn countries, like China, India, and South Korea, against purchasing Iranian oil from that date.

In response, the Iranian Regime has threatened to close the Strait of Hormuz in order to cut off all global oil trade, but all evidence says that they can’t do that.