Security and social consequences of unemployment are a major concern for Iran regime’s vice president. 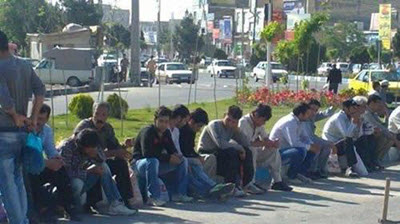 NCRI – Ishaq Jahangiri Vice president of Rouhani has expressed concern about the rise of unemployment and warned about the security and social consequences of it, he stated: “the challenge is that if the unemployment problem is not solved, it could have grave political, social and security costs for the country.”

Fars news agency quoted Jahangiri who was lecturing at the command headquarters of the so-called resistive economy center as confessing: “there are 900 thousand university graduates looking for job annually, and continued: “The rising number of graduate jobseekers in addition to accretion of unemployment during past years is a serious problem that should be high on the agenda as a special priority.”

Previous article
A prisoner’s letter: The savior is on her way
Next article
Iran: Life of political prisoner Ali Moezi in danger