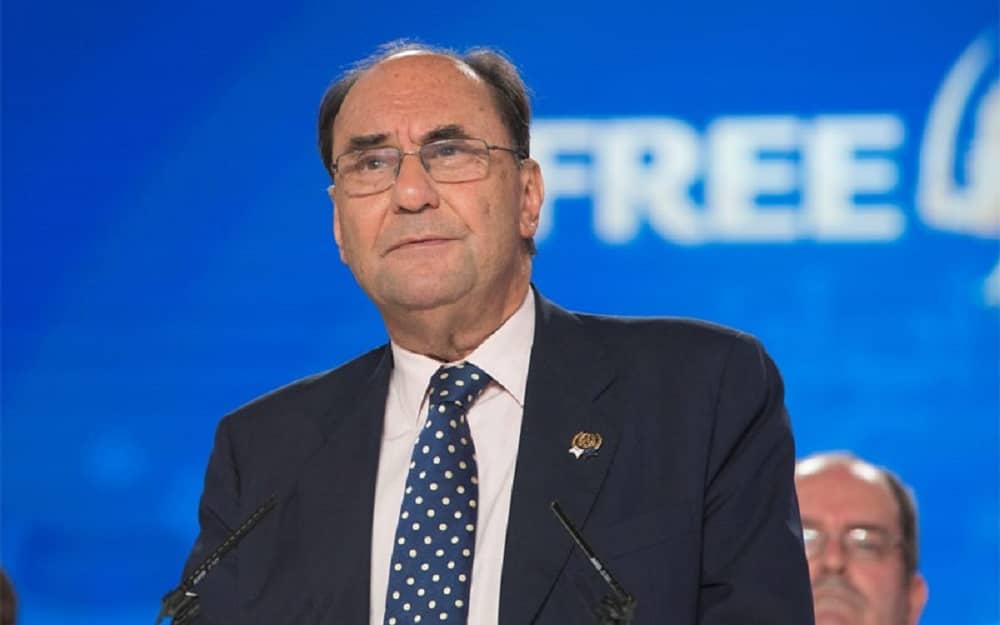 Anna Fotyga, with whom I have had the pleasure of working on various projects – primarily on promoting human rights in Iran in the context of the Friends of a Free Iran Intergroup in the EU – emphasized in a speech that “over political divisions here in the European Parliament, we raise our voice in defense of the Iranian people.”

While referring to the 1988 massacre of over 30,000 Iranian political prisoners, Ms. Fotyga underscored, “there are ongoing crimes against humanity. We speak about the so-called death penalty, but what kind of penalty is that? In many cases, it is just extra-judiciary crime and simply swift executions without even the pretense of judicial or court proceedings.”

MEP Susanna Ceccardi of the Identity and Democracy Party also condemned the 1988 genocide of brave Iranians, many of whom were young men and women, some still in high school or college.

Representing a new generation in the European Parliament, Ms. Ceccardi’s words once again confirmed that our values and sense of responsibility towards human rights are timeless and span generations.

My colleagues at the European Parliament adopted a resolution condemning the appalling human rights violations in Iran. The resolution underlined that “at least 275 people were executed in Iran, including two child offenders and ten women,” from January 1 to December 1, 2021, adding “since Ebrahim Raisi took office as president in August 2021, there has been a significant rise in the number of executions, including of women.”

These calls for accountability come at a time when European Leaders, mainly the EU’s High Representative Josep Borrell, are making all possible efforts to revive the highly flawed 2015 nuclear deal with the Iranian regime, even when all indications are that Tehran is hell-bent on acquiring a nuclear bomb.

In his statement on December 10, 2021, Mr. Borrell underlined that “Human Rights Day reminds us that human rights are universal, indivisible, inalienable, interdependent and interrelated. It reminds us, however, that these rights cannot be taken for granted and that they must be continuously defended.”

However, when it comes to the mullahs in Tehran, Borrell and sadly other European leaders deviate from their pledges of defending human rights. They erroneously believe that by negotiating with Tehran, they can control some of its malign activities and prevent it from wreaking havoc in the region.

The EU’s current approach toward the regime lacks in rigor and concrete steps. Negotiating with a regime that is the world’s top executioner per capita and has a criminal like Ebrahim Raisi as president, represents a humiliating debacle for our democratic values. The EU’s weak approach allows the mullahs in Tehran to continue their nuclear extortion by breaching their commitments under the terms of the 2015 nuclear deal and to continue their crimes against humanity inside Iran.

During Thursday’s parliamentary session, Javier Zarzalejos of the European People’s Party Group reminded our leaders that “we cannot turn a blind eye” at the “appalling repression, enforced disappearances and massive executions of political dissidents in the 1988 massacre and notice that there has been no investigation or accountability for these crimes that involve the current leader of Iran in a prominent role.”

Anna Fotyga also signaled to European officials that “Words are not enough. Our action is needed because what we see in Iran – also with the financing of terrorists outside and meddling in the region and even in our territories – requires our action and very strong sanctions.”

If we do not hold Tehran accountable for its crimes, any deal would be brittle and would not prevent the mullahs from pursuing their dangerous ambitions. In 2020, Mr. Borrell underlined that the EU should go “beyond” resolutions when it comes to human rights violations. The recent initiative in the European parliament paves the way for taking the necessary steps to hold the Iranian regime accountable and to help the Iranian people obtain justice.

The European Parliament’s recent resolution on Iran reminded us of what Martin Luther King Jr. once said: “Injustice anywhere is a threat to justice everywhere.” Now it is up to Europe’s leader to follow suit.