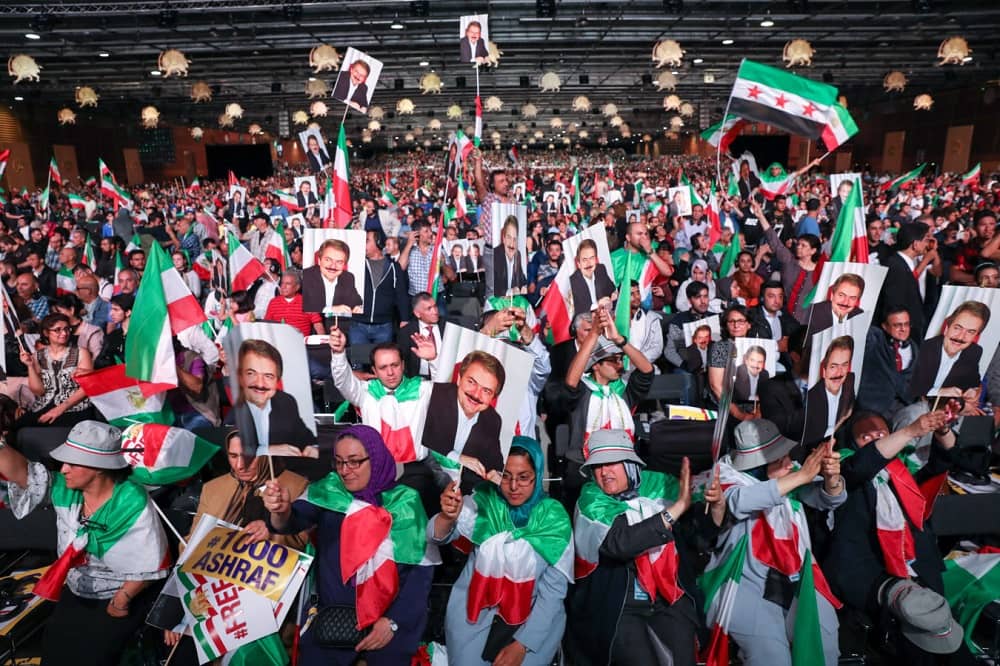 In May, the National Council of Resistance of Iran held a press conference intended to bring international attention to the unique circumstances surrounding the Iranian regime’s presidential election. In the conference, NCRI Foreign Affairs Committee Chairman Mohammad Mohaddessin highlighted a growing electoral boycott movement and predicted that its success would be an especially clear sign of a “looming nationwide uprising waiting in the wings,” the outbreak of which would be “far more intense and widespread” than even the November 2019 uprising that encompassed nearly 200 Iranian cities and towns.

On June 18, the first part of the NCRI’s prediction came true when even the regime’s authorities recorded historically low voter turnout. The very next day was marked by new protests which underscored the population’s certainty that a change of presidential administration would do nothing to address any of the crises plaguing the economy, public health, and so on. That sentiment had previously been expressed through numerous protests in the run-up to the election, each featuring slogans that endorsed the electoral boycott movement that was being promoted by the People’s Mojahedin Organization of Iran (PMOI/MEK).

For two months in advance of the election, “Resistance Units” affiliated with the MEK staged public demonstrations and posted text and images in public spaces promoting the electoral boycott as a means of “voting for regime change.” Meanwhile, blue-collar worker, pensioners, and middle-class investors all staged their own protests and declared their intentions never to engage in the political process again for as long as it is run by the same tyrannical, theocratic system. “We have seen no justice,” many of those protesters explained, adding, “We will not vote anymore.”

For countless protesters, this message was certainly intended to deny political legitimacy to the regime’s next president, Ebrahim Raisi. The current judiciary chief’s election on June 18 was never in doubt, thanks to the tight control over political proceedings wielded by unelected authorities including Supreme Leader Ali Khamenei. Early on, Khamenei made it clear that Raisi was his choice to take over the presidency after the conclusion of Hassan Rouhani’s second term. As a result, the Guardian Council, a 12-member body empowered to vet legislation and candidates to high office, excluded virtually all other high-profile figures from the race for the presidency, thereby making the voting process even more of a mere formality than usual.

The Iranian regime has attempted to preserve a modicum of legitimacy for the latest election and for the regime itself by claiming that nearly fifty percent of eligible voters cast ballots in spite of the push for a mass boycott. But the MEK and the NCRI have rejected that claim, citing the testimony of 1,200 journalists from 400 localities as evidence that the actual rate of voter participation was less than ten percent. Thousands of video clips from June 18 show polling places that were empty or nearly empty and these images have only been contradicted by state media outlets that broadcast staged scenes of crowded activity at a polling place used by many government officials.

The Iranian resistance would echo the message of the nationwide boycott of the regime’s election between July 10 and 12 when the Free Iran World Summit is held. The event represents a revised approach to the annual gathering of Iranian expatriates and political supporters that was held in person near Paris prior to 2019, and at the MEK’s compound in Albania during the final summer before the outbreak of the coronavirus pandemic.

The Free Iran World Summit will presumably reiterate the message delivered to the international community by Mr. Mohaddessin in May, while also pointing to ongoing developments inside Iran as further evidence that his prediction is on the verge of being fulfilled.

Among the protests that broke out immediately following Raisi’s election, many have continued to grow and expand in the ensuing days, including labor strikes that now comprise thousands of workers in 60 companies representing the nation’s oil and petrochemical industries alone. On Saturday, Mrs. Rajavi issued a statement to the Iranian activist community, making particular reference to the youth and urging them to “support the striking workers” and reassert “the Iranian people’s general will to overthrow the anti-labor clerical regime.”

These strikes are in line with the major Iran protests that spread across Iran in 2018 and 2019. These strikes and protests are sending this message to the regime and the international community that Iranian people do not want this regime.

This was the core message that ultimately set the stage for the follow-up nationwide uprising in November 2019, as well as the mass boycott of the electoral process not just during the 2021 presidential election farce but also during the previous year’s parliamentary election. Each of these developments also served to reinforce the Iranian regime’s anxiety over the continuous challenges it is facing from an organized Resistance movement.

During the initial uprising in 2018, the regime’s Supreme Leader Khamenei acknowledged – begrudgingly and for the first time in decades – that the MEK enjoyed powerful social influence and was capable of organizing mass demonstrations in favor of a change of government in Tehran.

With unrest currently ramping up among Iranian laborers and activists, it is highly likely that circumstances will be downright explosive and that the next nationwide uprising will be “looming” closer, in accordance with the NCRI’s prior prediction. If that is indeed the case, then various Western powers and non-governmental organizations will soon face the opportunity to help a beleaguered population to throw off the clerical dictatorship that has been depriving them of basic freedoms for more than 40 years. Furthermore, with that regime now being represented on the world stage by Raisi, a well-known human rights violator, it should be easy for those same powers to agree on a strategy of economic sanctions and diplomatic isolation in order to simultaneously hold him accountable for past crimes while signaling to the Iranian people that they have support in their fight against tyranny.