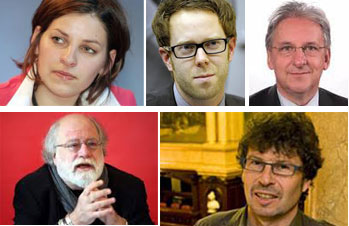 NCRI – Belgian MPs have demanded urgent action to stop the wave of executions in Iran, where the regime put 600 people to death in 2012 alone.

The dictatorship had executed 120,000 political prisoners since the 1979 revolution, including 30,000 in a only few months in 1988, the Belgian Committee of parliamentarians for a Democratic Iran said.

And it expressed its outrage the public hanging in January of two young men accused of stealing, as their families watched in horror.

It said: “Two young men aged 20 and 23, accused of stealing 35 euros, were hanged brutally in public in a park in Tehran on January 16, 2013, in front of their terrified family members and their horrified and crying young sisters.

The right hand of a 29-year-old man was cut off in public on 24 January, and three political prisoners were killed under torture in December 2012.

Thousands of prisoners were on death row, including political prisoners from Kurdish, Balouch and Arab ethnic minorities, those linked to PMOI and even prisoners under age of 18, their statement said.

And Resistance supporter Gholamreza Khosrawi faced execution at any moment for providing financial support to an opposition satellite TV channel, it added.

The Committee concluded: “We urge the government of Belgium to condemn the continuation of torture and executions in Iran in the strongest terms, and to take urgent measures to stop this criminal trend, which is indeed unique in 21st century.”