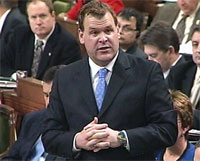 “Effective immediately, Canada is expanding existing sanctions against Iran. Five entities and three individuals are being added to the list of designated persons. They will join a long list of supporters and associates of the Iranian regime whose assets have been frozen.

“Canada has taken aggressive action and has among the toughest sanctions against Iran in the world. These sanctions cover the known leadership of the Iranian Revolutionary Guard and block virtually all financial transactions with Iran, including those with the Central Bank.

“With its actions, Iran continues to undermine regional and global security and stability.

“Canada will continue to work with the growing list of like-minded countries to limit Iran’s ability to further undercut global peace, prosperity and stability.”