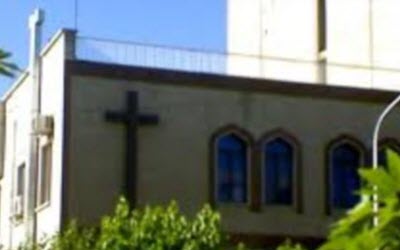 Nearly 80 church leaders from the UK and US have backed a powerful call to action against the Iranian theocratic regime, a year after Western powers lifted economic sanctions on the regime, Christian Today wrote on Thursday.

The report said the church leaders urged their governments to demand improvements in how Christians and other persecuted minorities are treated in Iran.

“In a statement released ahead of Saturday’s ‘Free Iran’ protest in Paris, the Bishop of Gloucester Rachel Treweek, the Bishop of Stepney Adrian Newman, the Bishop of Selby John Thomson and the former Bishop of Oxford John Pritchard issued a joint statement with others setting out their ‘grave concern’ at how Iran’s rulers are mistreating Christians,” Christian Today wrote.

They say: “Repression of Christians has not only continued but intensified during the presidency of Hassan Rouhani.”

They continue: “In such circumstances, we call on all Western countries to consider the deplorable situation of human rights in Iran, particularly the painful situation of Christians and the intensification of their oppression, in navigating their relations with Iran.

“We call upon them to precondition improvement of those relations on the cessation of oppression of Christians and on a halt in executions.”

The report by Christian Today added:

The leaders pledge to support the international protest in Paris on Saturday “to promote freedom and human rights in Iran.” The demonstration marks a year since the P5+1 group of world powers – the US, UK, France, China, Russia plus Germany – signed the Iran nuclear deal, lifting sanctions on Iran in return for a restriction of its nuclear activities.

Sir David Amess, MP for Southend West, backed the church leaders in an article in Forbes on Wednesday and said it was “up to us in the West to fight for the rights of those who do not have a voice around the globe and perhaps nowhere is that more important and with more of a potential positive effect than Iran.”

The co-chair of the British Parliamentary Committee for Iran Freedom wrote: “We must not ignore Iran.”

More than 100,000 people are expected to join the event including church leaders and a number of politicians from other Muslim nations.

Donya Jam is Iranian-American who fled Iran as a child after her father was briefly arrested for opposing the regime. Now a student in the US, she told Christian Today it was her “responsibility” as a Christian to oppose “the evil of the regime” in Iran.

“Jesus resisted evil and he wanted to bring and love to people,” she said. “Therefore as a Christian it is our responsibility to bring peace and to bring love.

“The regime just brings hate. It has created such a dark atmosphere.”

Jam, 21, went on to say that no opinion against the regime was allowed. “It is stoning people and amputating their hands. If that isn’t evil I don’t know what is.”

The National Council of Resistance of Iran (NCRI) are the largest organised opposition to the regime and are behind the protest in Paris on July 9. The People’s Mojahedin Organisation of Iran (PMOI) is at the centre of the NCRI and Jam said she has been attending their demonstrations throughout her life.

“People have said the regime can reform,” she told Christian Today. “That obviously is not true. I have always called for regime change. We want democratic regime change and that is the only way to bring about real freedom and democracy in Iran.”

The demonstration comes in the same week as a barrage of more than 50 missiles hit Camp Liberty, the home of PMOI in Iraq. The former US military base in Iraq now houses members of the Iranian resistance in exile. At least 40 residents have been injured in the attack and a number of buildings destroyed.