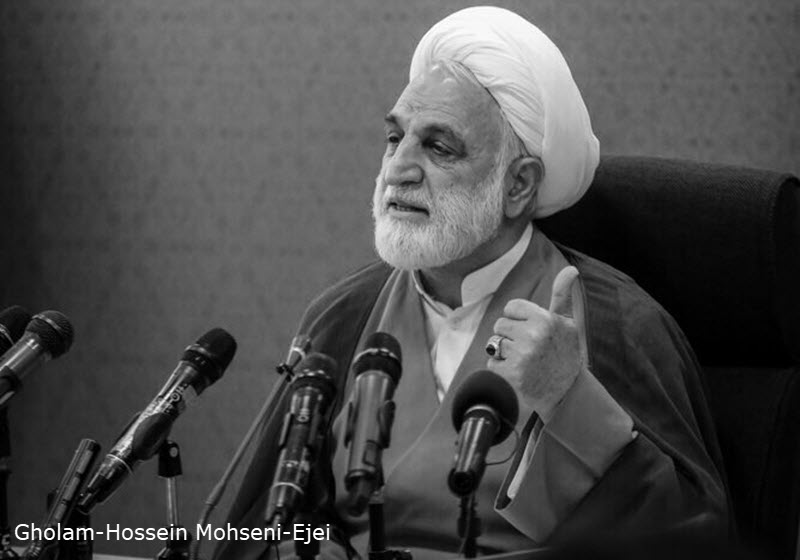 In a press conference in Tehran on Tuesday, June 18, 2019, Gholam-Hossein Mohseni-Ejei, the Iranian regime’s First Deputy Judiciary Chief, announced that Supreme Leader Ali Khamenei has increased the level of authority he enjoys, permitting him to now hand down death sentences.

Based on articles 477 and 350 of the Iranian regime’s penal code, the Supreme Leader has authorized the Judiciary Chief to issue sentences of death and ‘qisas’ (retribution), under the regime’s so-called Sharia law, to punish criminals with the same crime they have committed. Ejei said that from now on, the First Deputy Judiciary Chief has the same authority and can decide over death and qisas sentences.

These changes, within the last two-and-a-half months, facilitated the conclusion of more than 600 cases of qisas and execution, he said, the state-run ISNA news agency reported.

Yet Ejei did not say how he concluded the cases – whether he confirmed all the death and qisas sentence or not. He called this action as a “revolutionary Jihadi act” by Judiciary Chief Ebrahim Raisi.

Ejei’s remarks imply Raisi, a notorious member of the 1988 Death Commissions that ordered the massacre of 30,000 political prisoners, had asked the Supreme Leader to allow his deputy to approve more execution and qesas sentences in order to increase oppression and terrorize the society.

The Iranian regime’s Judiciary, even according to state-run news agencies, is one of the most corrupt institutions of the regime, with a high rate of corruption among the so-called judges.

Yet this corrupt system, with the Supreme Leader’s permission, now has more authority to execute and oppress the people.

Previous article
EDITORIAL: A Message to the EU From the People of Iran
Next article
IRAN: Retirees in Tehran Protest in Front of the Parliament