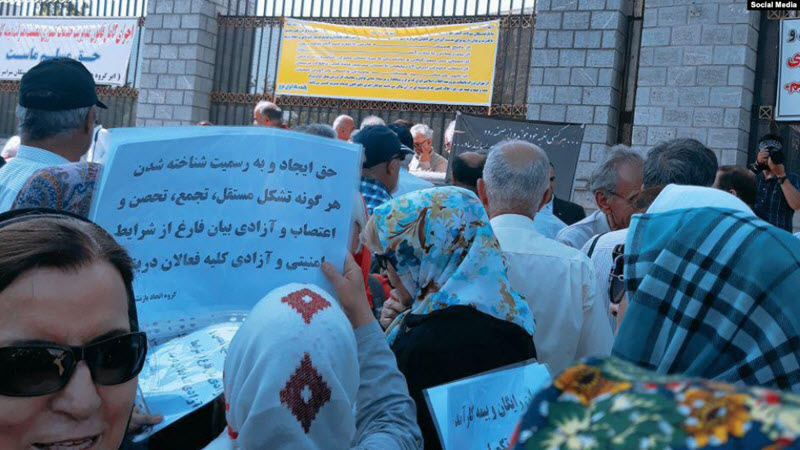 “End the warmongering, think about us.”

“Retirees will not live in shame.”

“Political prisoner must be freed.”

“Our enemy is right here; they are lying when they say it’s the US.”

While Iran’s economic situation continues to deteriorate, the regime is doing nothing to help protect the retirees’ livelihoods against rising prices and declining purchase power.

In the past year, the rial, Iran’s national currency, has lost most of its value. However, retired government employees continue to receive their pensions based on past rates that don’t take inflation rates into account. This has made it extremely hard for them to respond to their most basic needs.