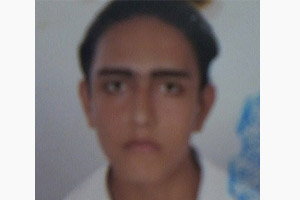 France’s Foreign Ministry has expressed concern about the fate of an Iranian juvenile offender who is on death row.

“France is concerned by information about the imminent execution of the young Salar Shadizadi, who was a minor at the time of the facts alleged against him,” the Foreign Ministry said in a statement on Monday.

“France reaffirms its constant opposition to the death penalty, anywhere and in any circumstance.”

Amnesty International said in a recent statement that the planned execution of Salar Shadizadi, who is now 24, “flies in the face of international law,” and called on the regime in Iran to commute his death sentence.

Shadizadi is accused of murdering a friend in 2007 when he was 15 years old.

A statement by the Office of the United Nations High Commissioner for Human Rights Zeid Ra’ad Al Hussein on Wednesday said: “Iran has reportedly executed more than 600 individuals so far this year. Last year, at least 753 people were executed in the country.”