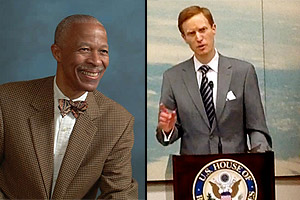 The regime in Iran is not a permanent fixture of the Middle East landscape; the false dichotomy of war and negotiation is useful rhetoric but it makes for bad policy, argue Prof. Ivan Sheehan and Emeritus Prof. Raymond Tanter.

“History suggests that cosmetic diplomacy with dishonest partners is a recipe for proliferation not peace,” the professors wrote in TownHall.com on Wednesday.

“The Iran Nuclear Agreement Review Act of 2015 requires robust congressional oversight of the agreement prior to implementation and affords legislators an unusual opportunity to critique the deal and raise issues that may undermine effective implementation,” they wrote.

“The emerging bipartisan opposition to the porous deal centers on six primary concerns:

The professors pointed out that policymakers concerned by these – and myriad other issues – can use the oversight period to direct questions at White House officials and insist on credible explanations. Questions that they said must be raised and addressed include:

They added that as the U.S. Congress digs into the agreement, they should keep in mind that:

“Legislators must also not allow the White House to dictate the terms of the public deliberation on the nuclear issue by separating the nuclear accord from simultaneous discussions of the regime’s human rights record, sponsorship of global of terror, and the destabilizing influence Tehran continues to play regionally,” they added.

Dr. Ivan Sascha Sheehan is director of the graduate programs in Negotiation and Conflict Management and Global Affairs and Human Security in the School of Public and International Affairs at the University of Baltimore.

Emeritus Prof. Raymond Tanter is a former Member of the White House National Security Council staff and Personal Representative of the Secretary of Defense to arms control talks in the Reagan-Bush administration.