Iran: 20 Individuals to Be Lashed For “Eating During Fasting Hours” 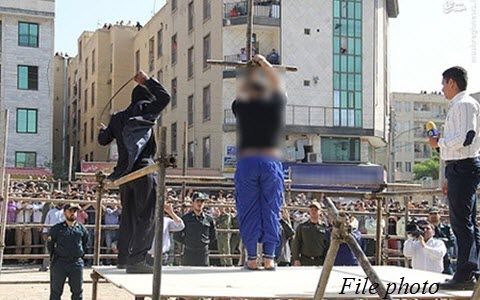 NCRI – Iran’s public prosecutor in the city of Ghazvin, northwest Iran, said 20 individuals are sentenced to lashing and financial fines for “eating during fasting hours.”

These individuals are amongst the 90 persons who were arrested on such charges in this city, said Ismaeel Sadeghi Nia on June 11th to the semi-official Mehr news agency.

“People who are seen eating in public during fasting hours will be arrested and they will be punished if it’s determined they had done so with knowledge,” he added.

In 2014 the public prosecutor in this city reported 200 individuals in Ghazvin Province in total were lashed for “eating during fasting hours” and described it as “unprecedented.”